Political science professor Daniel L. Nielson (BA ’88) and a team of researchers went undercover to discover how easily criminals can create seedy shell companies. Their findings: many countries open the door for money laundering and terrorism, and the country that’s the biggest perpetrator may surprise you.

While shell companies have no offices, employees, or products, they can have legitimate uses. Some are legal entities for funneling money—lots of it—and they can help the economy run more smoothly.

Take Walt Disney: “If people had known that the famous and great and very rich Walt Disney was buying up the land around Orlando,” Nielson says, “they would have [price] gouged him.” Consequently, Disney used shell companies to purchase the land at fair market value. 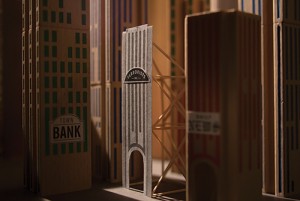 The Financial Action Task Force (FATF) requires that shell-company providers worldwide collect identification from applicants. To uncover how compliant nations actually are, Nielson and his colleagues set up one of the first global-scale field experiments. Using fabricated profiles, they e-mailed roughly 3,700 shell-company suppliers in 182 nations, each e-mail requesting to set up a shell company anonymously. The e-mails were laced with triggers indicating different risk levels—from an innocuous e-mail to, as Nielson says, an e-mail with all kinds of red flags, originating from a “country known for financing terrorism on a cross-border basis for Islamic charities.”

The results were chilling. Only when an e-mail had the terrorism red flags or made specific mention of the IRS was it more difficult to get an anonymous shell company—and only marginally so. Explicitly informing providers about the relevant international law had no effect. Sometimes an e-mail alias hailing from a corruption-prone country made getting an anonymous shell even easier. And it was not the Cayman Islands or other suspected tax havens that were most in violation of international standards; it was the United States.

While the United States is a member of the FATF, corporate law governing shell companies is regulated at the state, not federal, level, and providers in many states required no identification at all. Delaware, Wyoming, Montana, Nevada, and Indiana, says Nielson, are home to the biggest culprits.

In response to the e-mails, Nielson recounts that some providers would say, “You don’t have anything to worry about with confidentiality, because if we don’t ask for it, [no one] can ever get it.” Others would just name a price to cover the risk: a provider in Florida, says Nielson, picked up on the terrorist triggers and said, “This could be a front for terrorism. I wouldn’t touch that for less than $5,000 a month!”

Former BYU professor Michael G. Findley and Griffith University professor Jason Sharman collaborated on the research, which was featured in the Economist and in a book from Cambridge University Press. BYU law professor Shima Baradaran-Robison (BS’01, JD ’04) was the lead author for a report on this research in the Minnesota Law Review.

According to Global Financial Integrity communications director Clark Gascoigne, the research “has had a tremendous impact on raising awareness—in policy circles here in Washington as well as in Europe and around the world.” U.S. Senator Carl Levin is one politician determined to take action against noncompliant states, using Nielson’s findings in a proposed bill. “Within the next couple of years, they’re going to come out with a revamped way of enforcing anti–money laundering laws,” says Gascoigne. “A lot of that comes straight out of the research that Professor Nielson has done.”

BYU students were joined by a top Chinese economic official while visiting China.