“The Romans really dug pepper,” history professor Eric R. Dursteler (BA ’88, MA ’92) tells his Food and History class. Fittingly, the class meets around a table, albeit a conference-room table, to discuss the impact of food on world history—like today’s lecture on the spice trade.

At the start of the course, class members each introduced themselves with autobiographical foods, from fresh salsa to bologna and Kraft singles. From there, each class period took them on a culinary journey through time. G. Crystal Alavez (’13), who described herself using fried plantains, was fascinated by the lecture on women’s extreme religious fasting in the Middle Ages; Nathanael R. Noorlander (BA ’12), who brought processed food, says his favorite was a class on interpretations of the Word of Wisdom over the last 180 years. 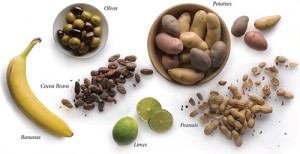 Dursteler uses food as a lens on the past. “A big part of every one of our ancestors’ existence was filling their stomachs,” he explains. “That’s a huge historical force, really.”

With his gastronomical approach to history, Dursteler received three prestigious grants, including one from the Andrew W. Mellon Foundation Fellowship at the Huntington Library to research the 16th- and 17th-century Mediterranean foodways. In particular, he’s looking at how the period tastes of southern Europe and the Ottoman Empire illuminate the relationship between Judaism, Christianity, and Islam.

The Mediterranean is also part of today’s lecture. From his array of props, which include an extensive cocoa collection for a class on chocolate and a McDonald’s tie to don on fast-food day, Dursteler pulls out a spice box. “If I’d been a medieval merchant, this would have been the way I could display my wares to you,” he says, passing the trove of aromas around.

From the seventh century to the beginning of New World exploration in the 1400s, merchants brought their spice boxes from India westward, with Arab and Italian middlemen increasing prices a thousandfold along the way. “If you want to know why the Renaissance begins in Italy, . . . [it] is because the Italian economy is going gangbusters over the spice trade,” Dursteler explains. And then, of course, another Italian, “a guy named Christopher Columbus, said, ‘I have an idea of how you can cut out the middleman,’” he adds.

To get the medieval juices flowing, Dursteler passes around a chewy, spicy-sweet version of almond brittle. “Pay attention to your palate as you finish,” he says like a true foodie. “There’s an afterburner.”

Eating is required in this class. Starving students anticipate the lecture on the Columbian exchange, when Dursteler will bring in 25 food items. “They have to put on a list which are Old World foods, which are New World foods,” he explains. And then they dig in.

They’ll learn how Christ’s use of food became significant in Christian practices after His death and how a boom in U.S. corn production in the 1950s led to cows being primarily corn-fed rather than grass-fed, not to mention the historical importance of eating socially—a major teaching of the class, says student Julie Garbutt (BA ’12). Breaking bread together “really created this camaraderie between us,” says Garbutt. “I think that’s kind of genius.”

The people of the Middle Ages liked it spicy. Combining both savory and sweet in desserts was a common practice. Try it in this chewy nut candy that history professor Eric R. Dursteler (BA ’88, MA ’92) brings to class. 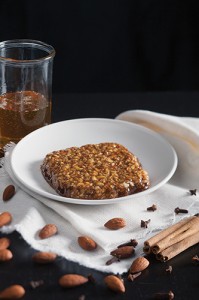 1 lemon for spreading the mixture

Gradually bring the honey to a boil, skimming off any impurities that may rise to the surface. Mix all the spices together in a separate bowl. Very coarsely chop the nuts and add them to the honey along with 1 teaspoon of the spice mixture. Cook over low heat, stirring constantly, for 30 to 45 minutes. Take care not to let the nuts burn and turn dark and bitter. The mixture is done cooking when you can hear the nuts beginning to pop from the heat of the honey. Stir in the remaining spice mixture and pour it out onto a sheet pan or cookie sheet lined with wax paper; spread it into an even layer with the cut surface of a halved lemon. Cool completely before serving.

It seems like there’s a new food truck every week in Provo. Meet alumni vendors serving mouthwatering meals on wheels.

Food blogger Leigh Anne Wilkes has a secret weapon: the slow cooker. Check out two of her standby recipes.