No college emblem half so sweet / As our colors, colors pure and true, / No college banner that we greet, / Like thee, our dear old white and blue.” When Annie Pike Greenwood (BS 1900) wrote these lyrics for BYU’s “College Song” in 1899, BYU had been tied to white and blue for nearly a decade. Since choosing its colors, BYU has featured nearly every shade of blue:

Sky-Blue Y: The first Brigham Young University yearbook, dated 1909, featured a sky-blue Y from the same swatch of the color wheel as the ribbons on the 1891 commencement program. It was the same year work began on the Karl G. Maeser Memorial Building.

Powdery Pennant: With its block letters, it is likely that this powder-blue banner was created in or after 1911, the year serifs were added to the letter on Y Mountain.

Over the years Cougars have sported a variety of hues on the field and on the court. In 1940 the football jerseys even had orange accents. But blue—from powder to navy—has always been the primary color, and the latest jerseys, incorporating royal and navy, are bringing back the best of years past. Check out a gallery of football jerseys and helmets below. 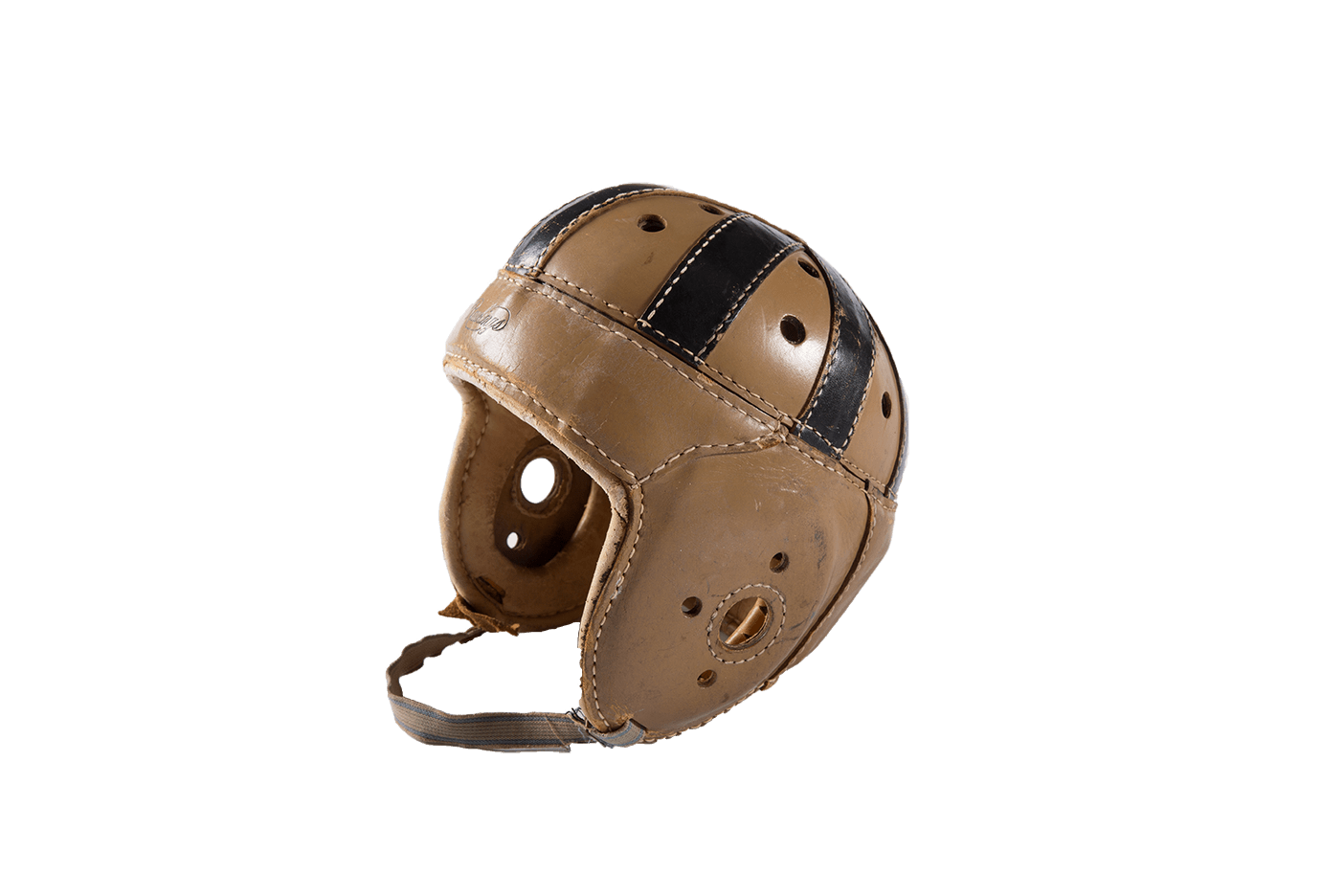 1 of 14: The stripes on the helmet of Marion Probert (1951–54) may look black, but they are a dark, dark blue. Probert led the conference in pass receptions during his junior year. His no. 81 jersey was retired in honor of his collegiate career. 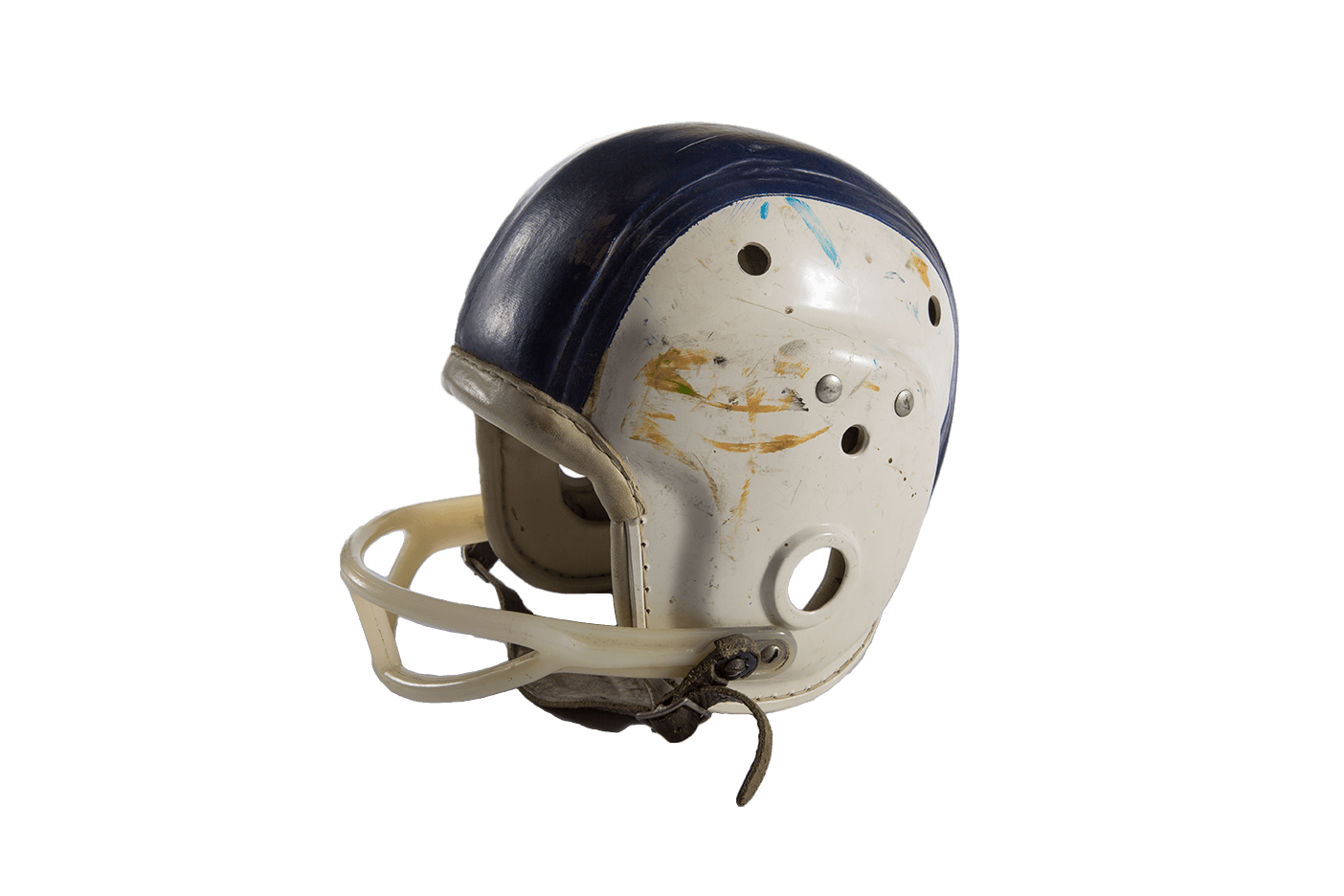 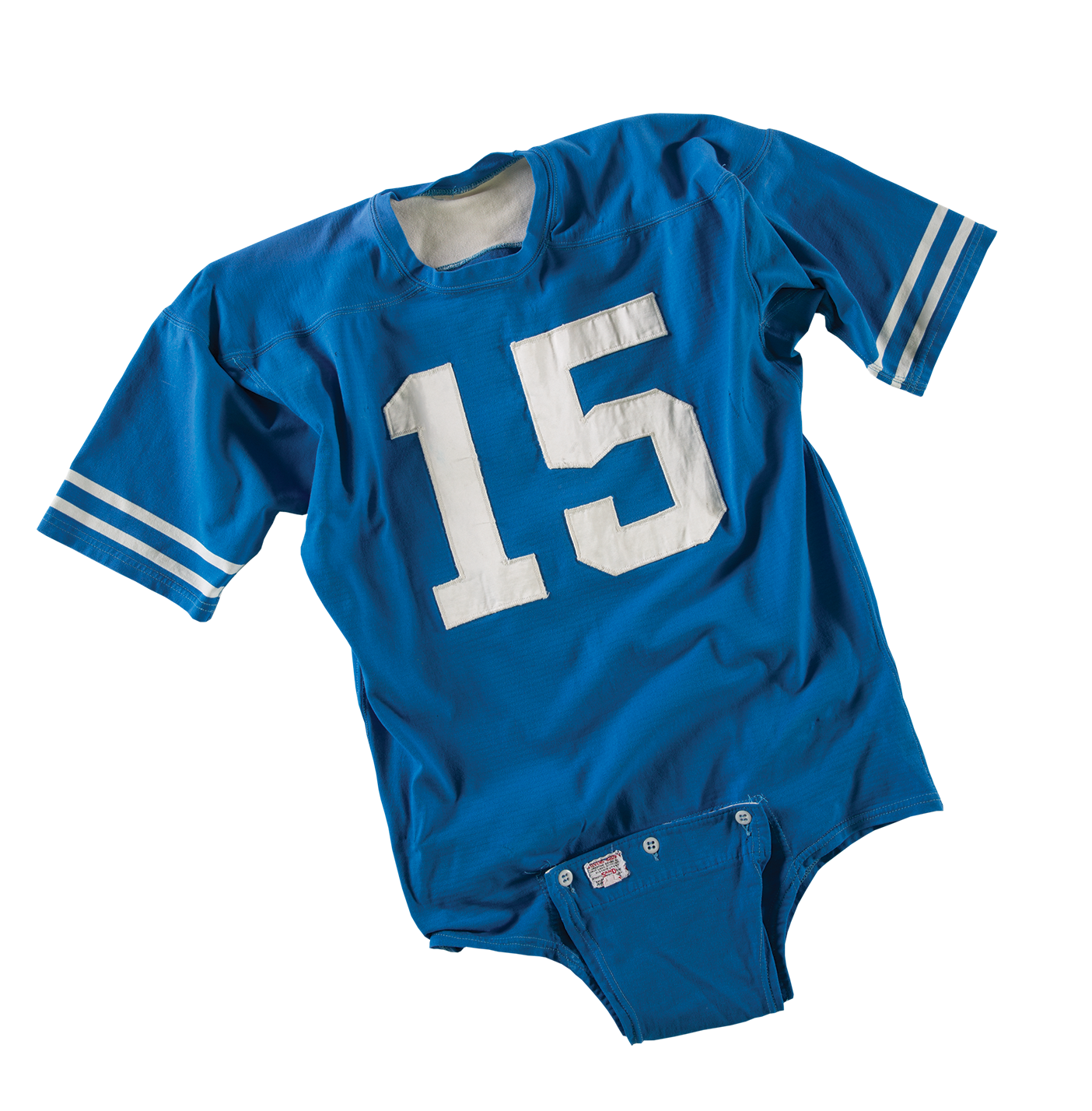 3 of 14: In this light-blue jersey, QB Marc F. Lyons (BS ’70) scored five TDs his senior year. From this time until 1999, the football team generally wore royal blue jerseys and white pants at home, and white jerseys and royal blue pants on the road. 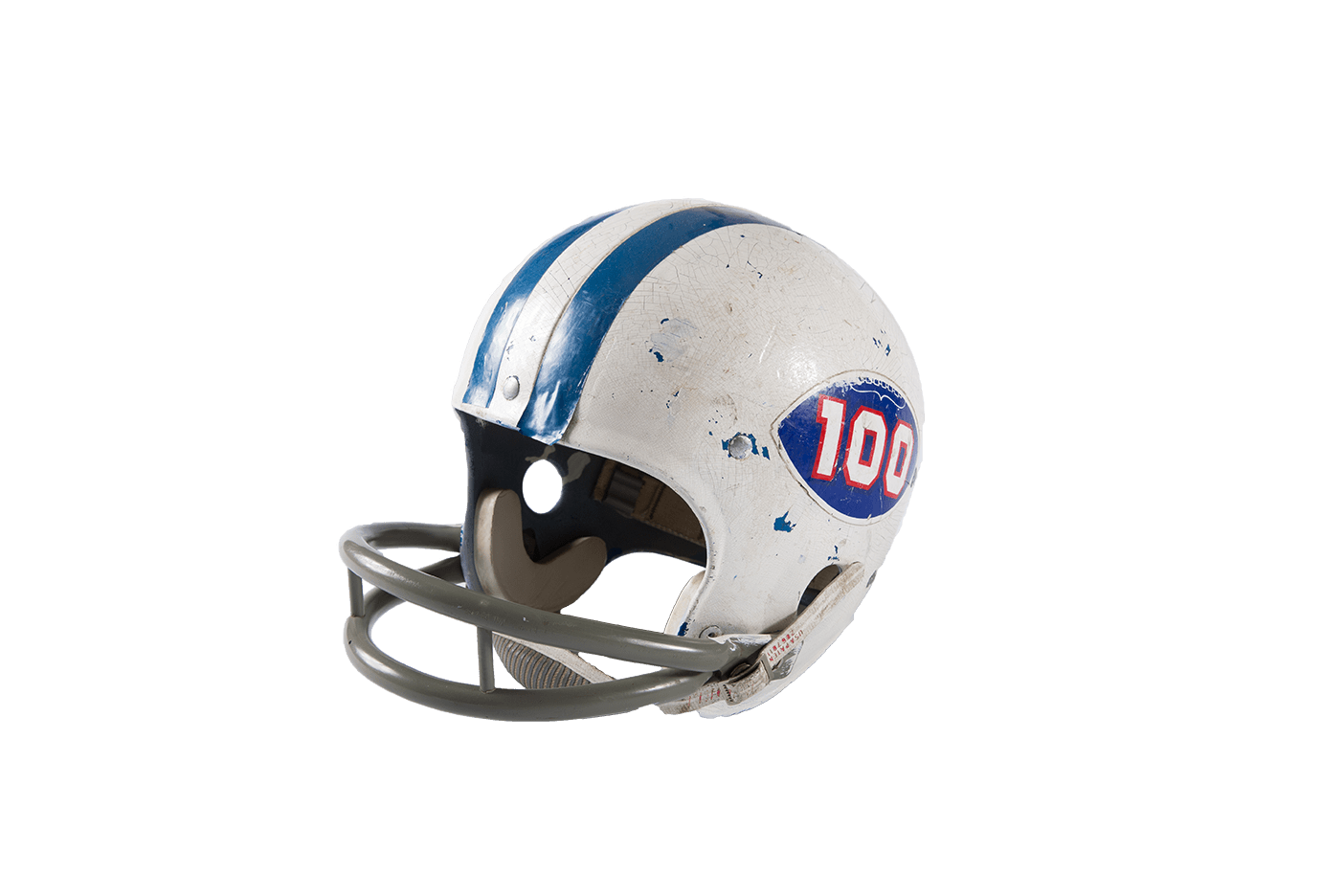 4 of 14: In 1969, Marc Lyons’s (1967-69) senior year, BYU switched from blue to white helmets. The blue helmets were simply spray painted white, as can be seen from the scratches on Lyons’s helmet. 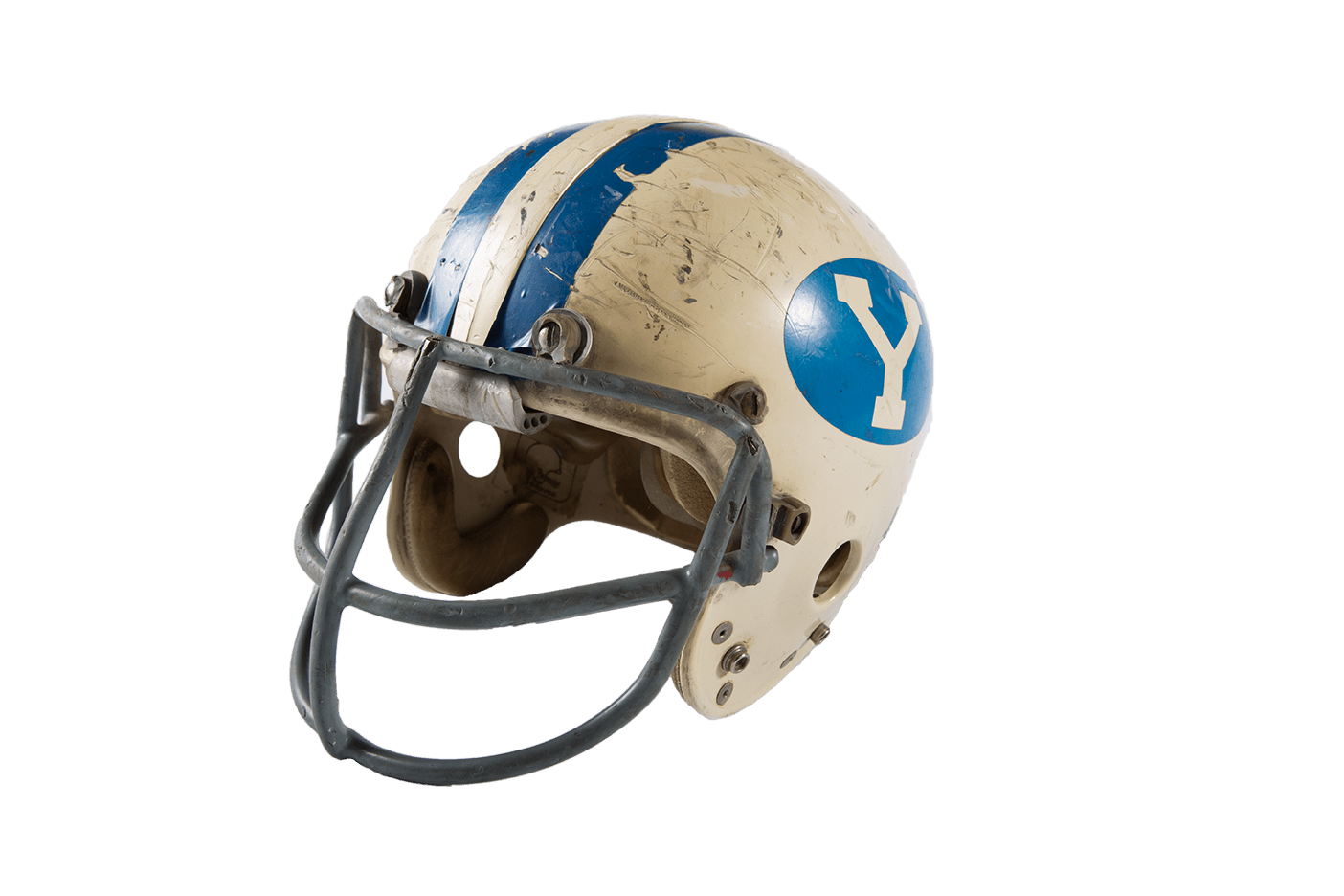 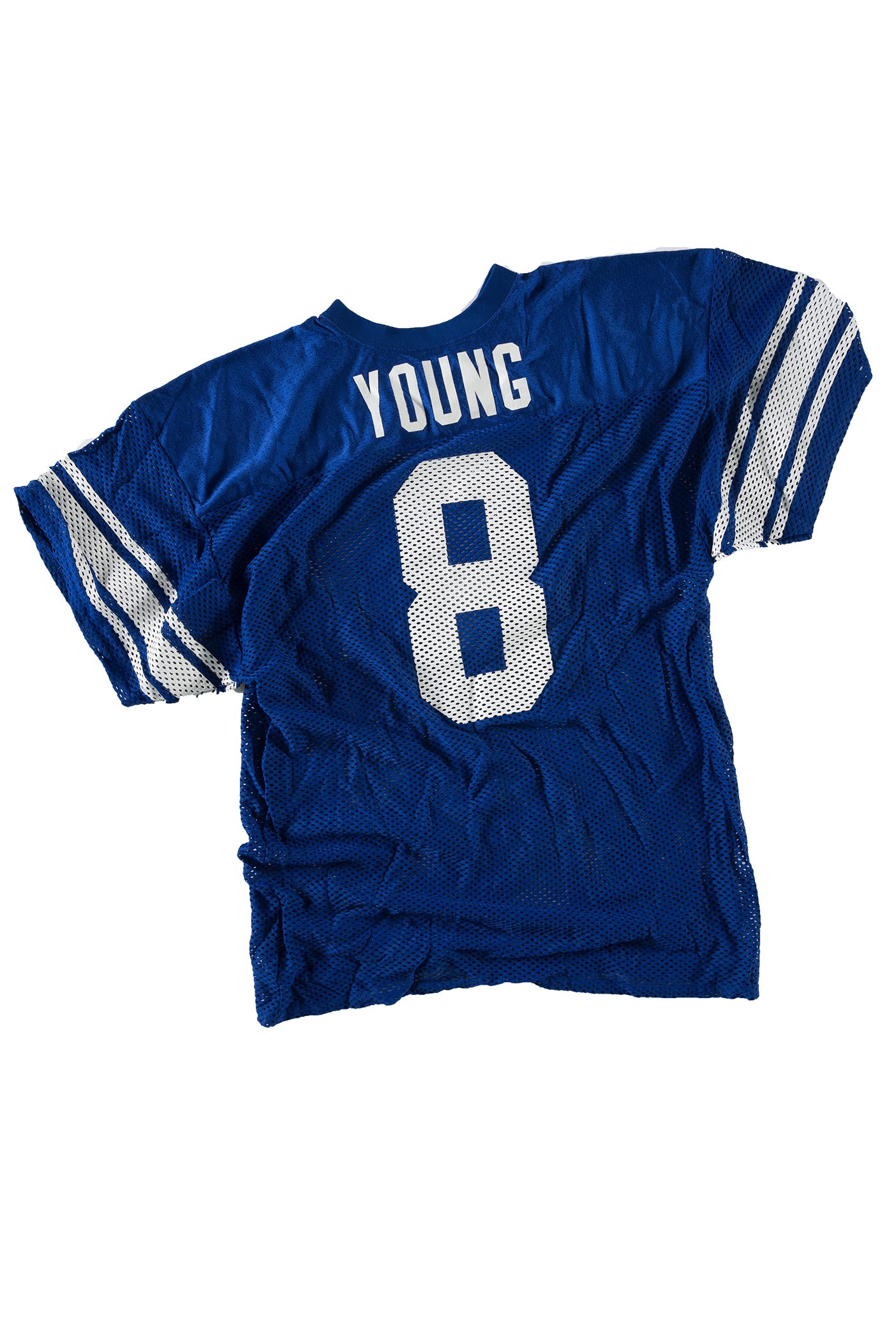 6 of 14: Steve Young (1980–83) wore this jersey throughout his college career. During his senior year, Young set an NCAA single-season record with a 71.3 percent pass completion rate. 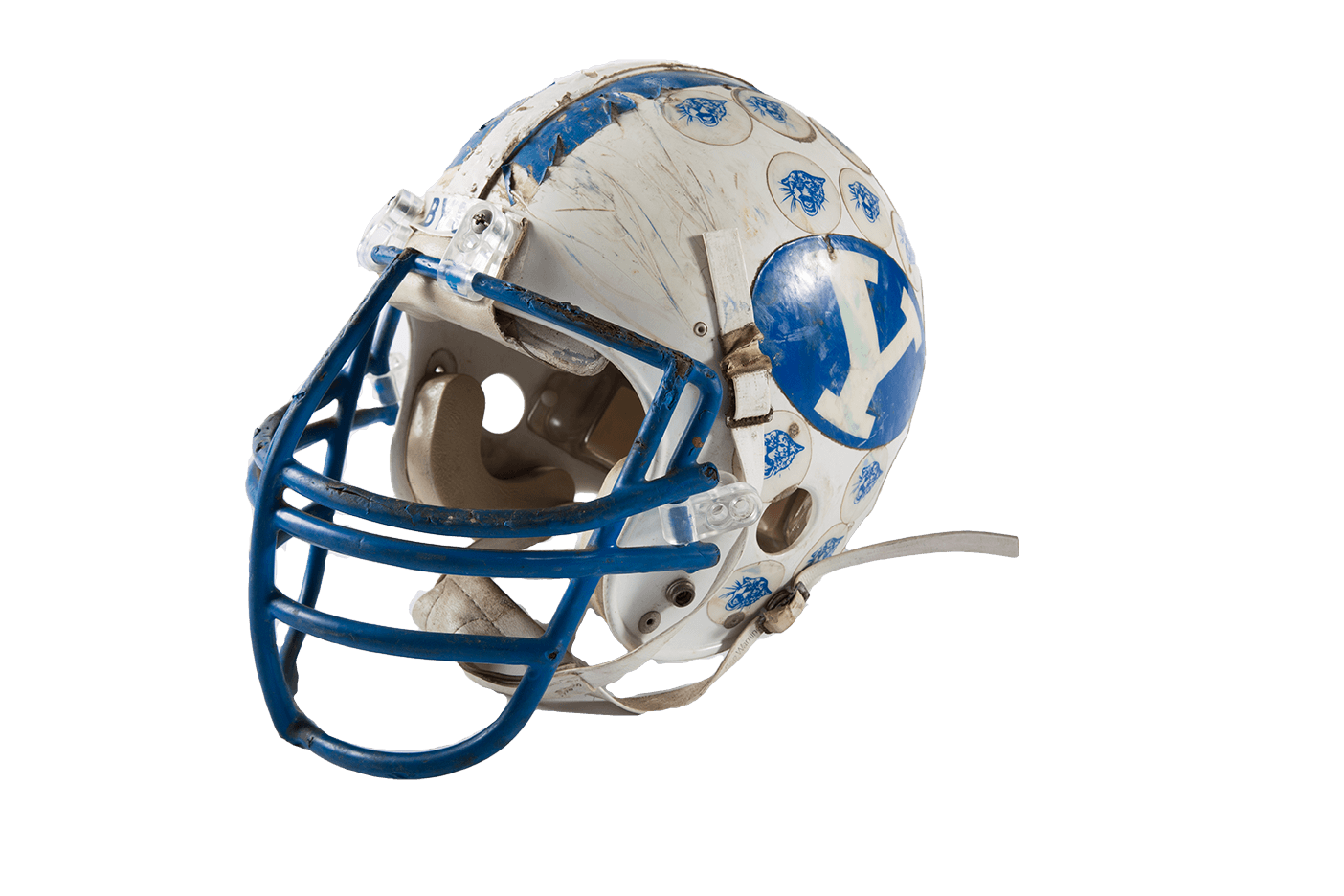 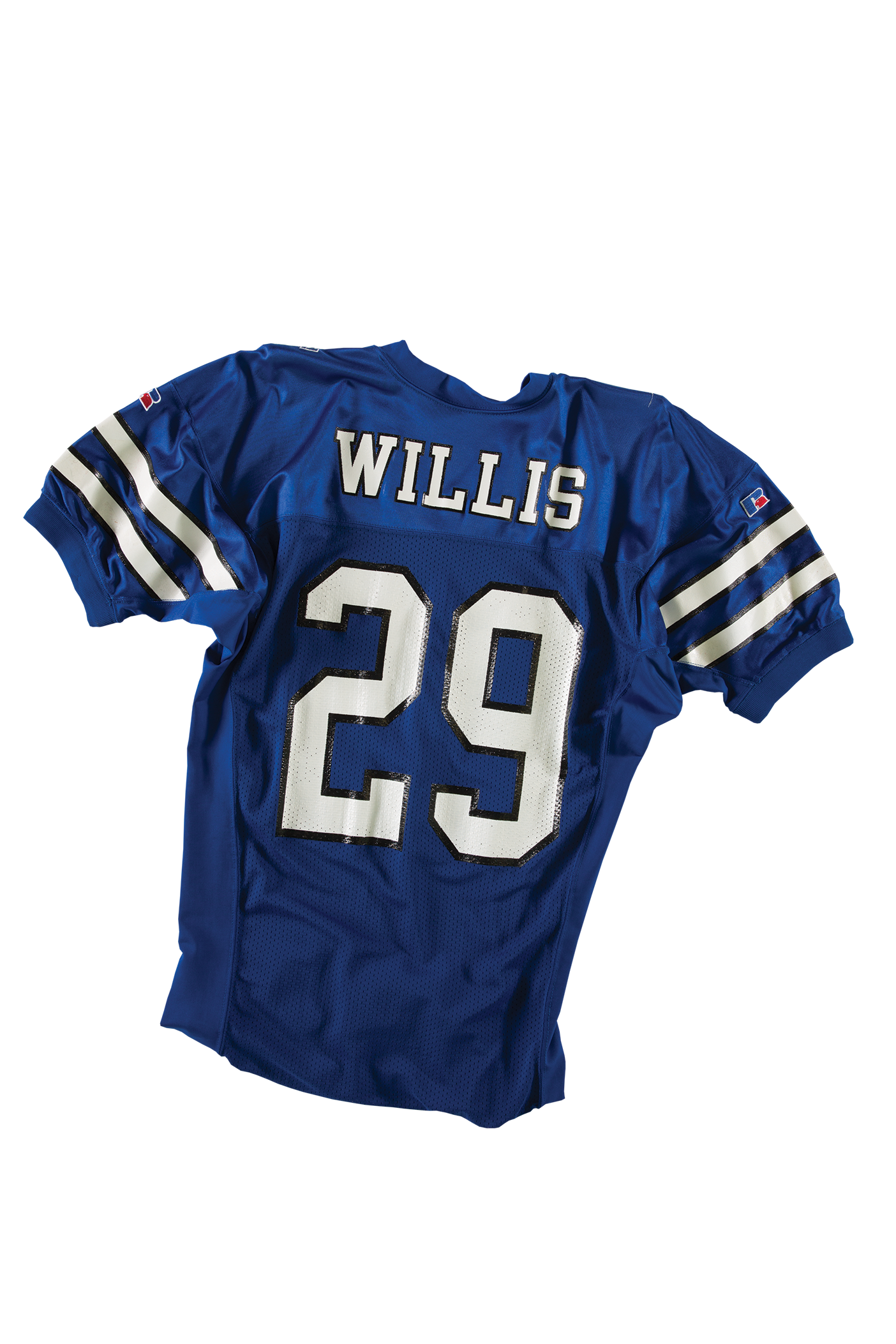 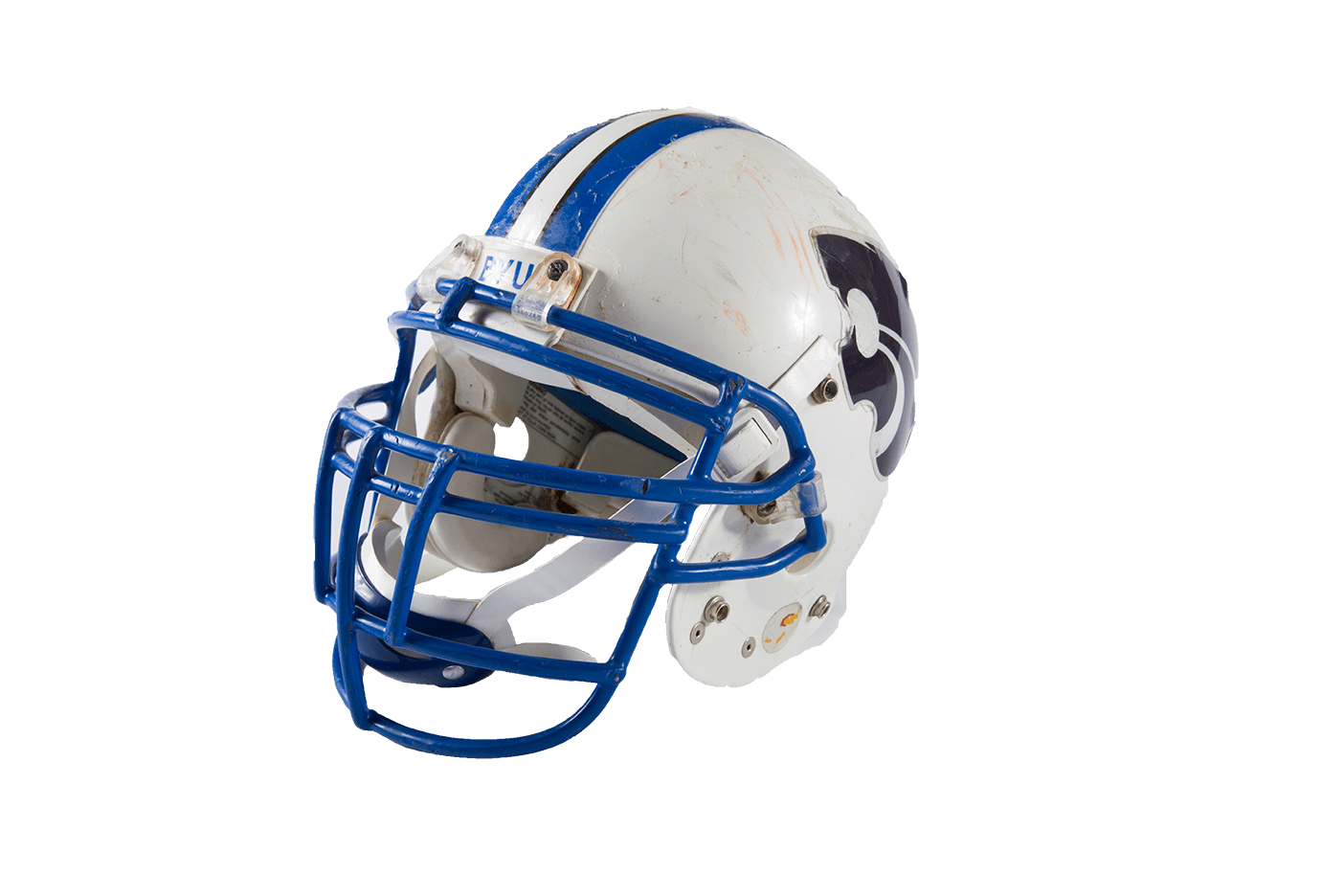 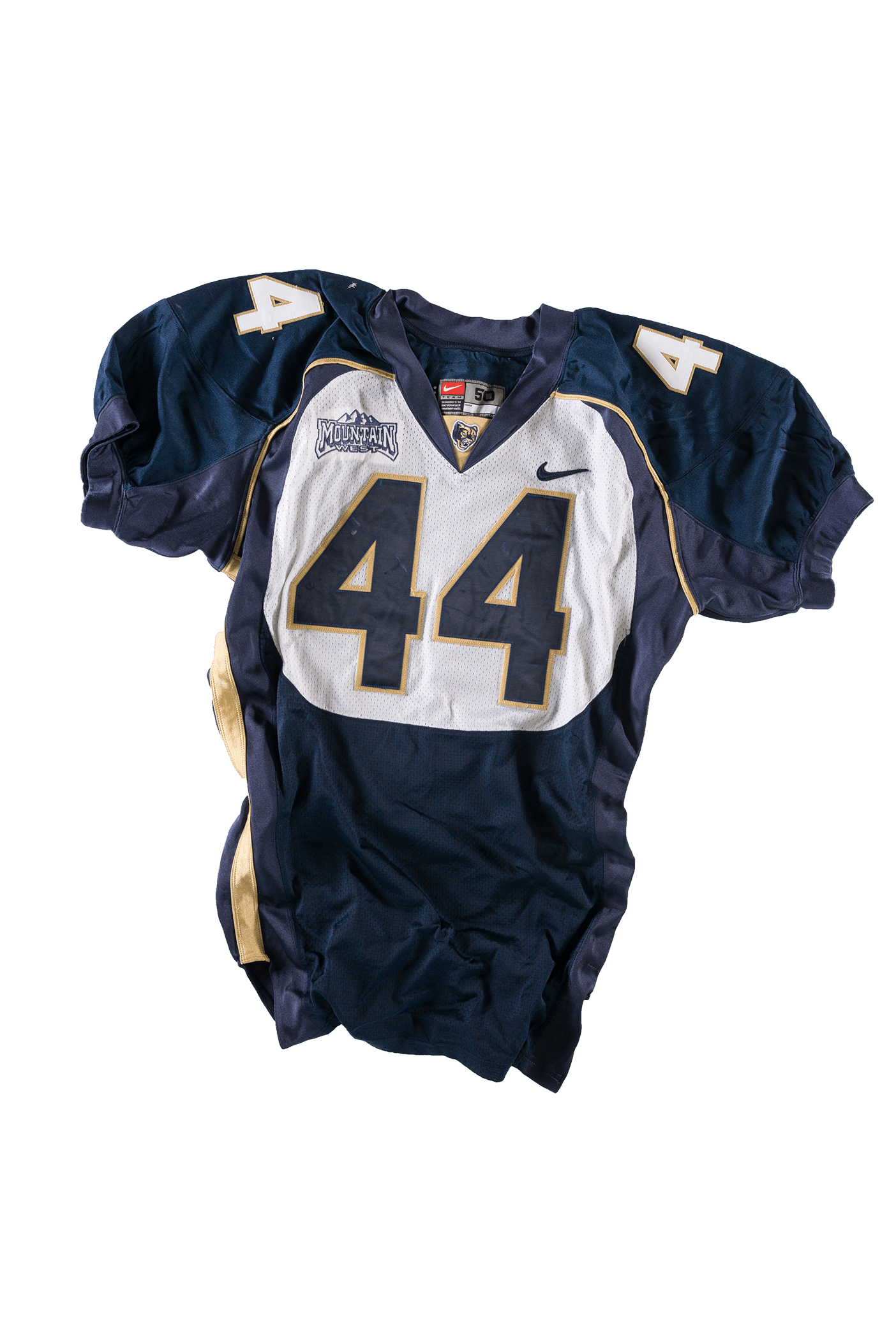 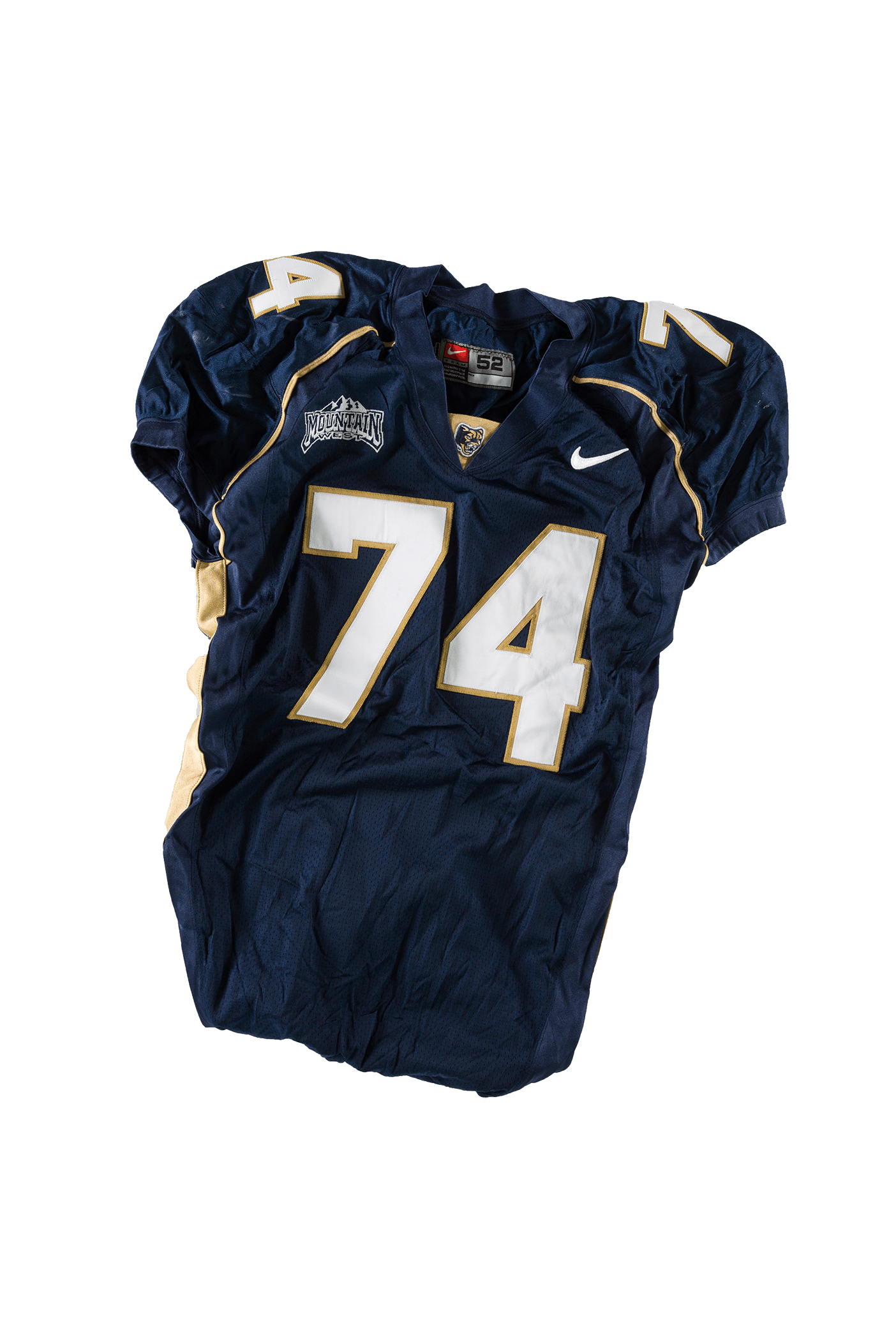 11 of 14: Just one year later the bib jersey is replaced with dark blue. Tan strips are added as an accent color. 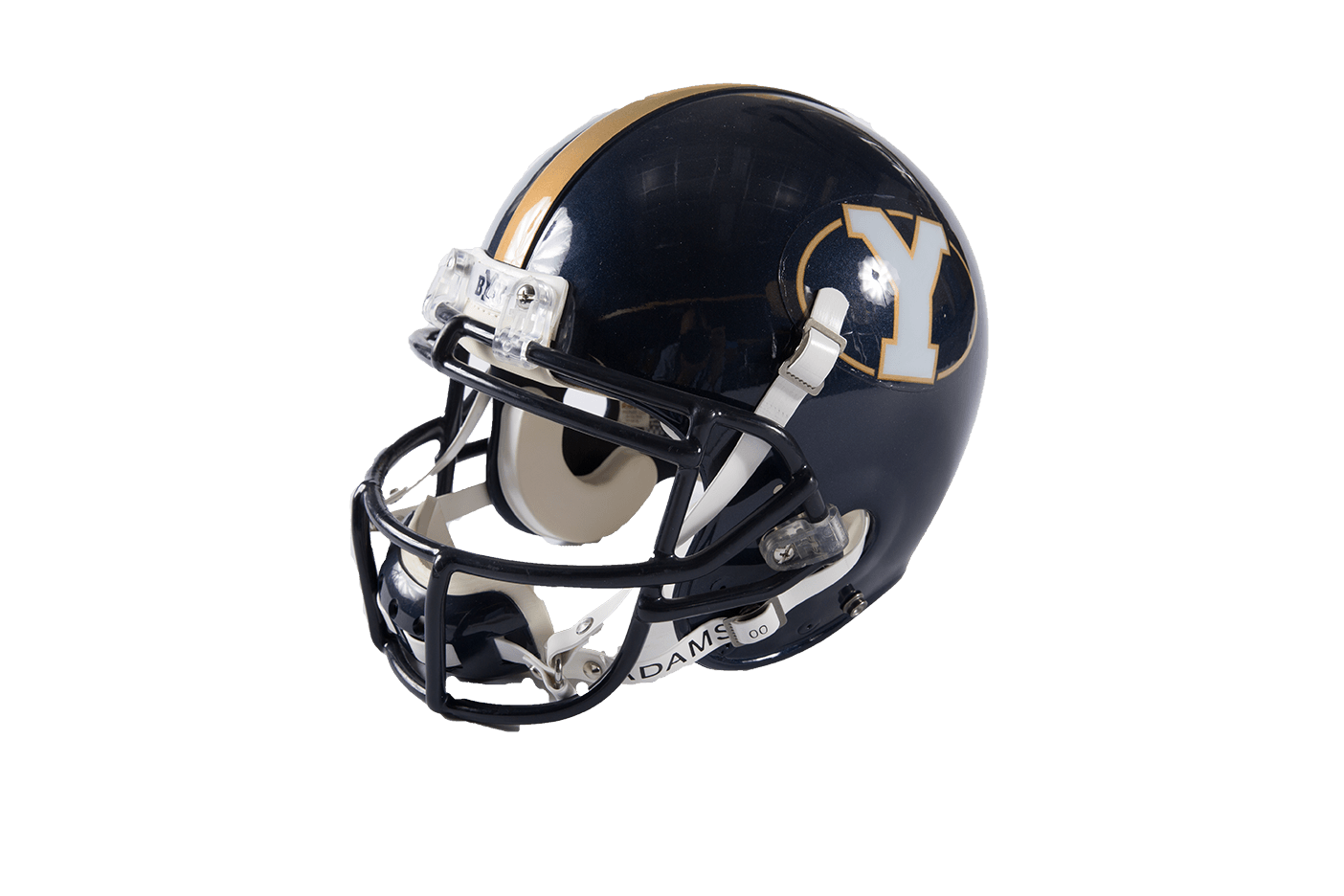 12 of 14: This helmet was worn by BYU players in the early 2000s, when BYU added two vertical tan stripes to the shoulders and sleeves of the navy-blue uniforms. 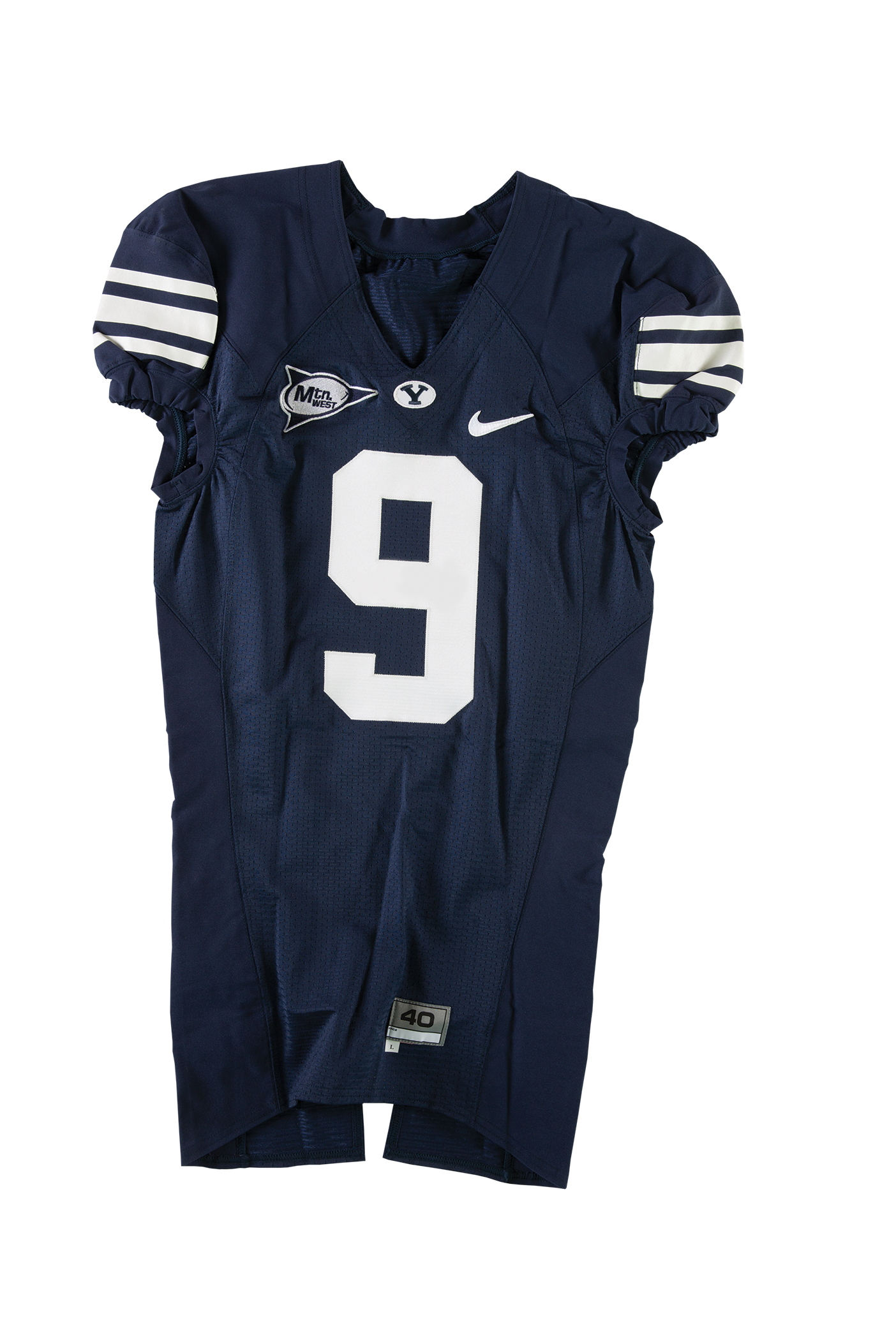 13 of 14: In 2005 Bronco Mendenhall brings back the stretch-Y logo and traditional uniform patterns in navy blue and white. 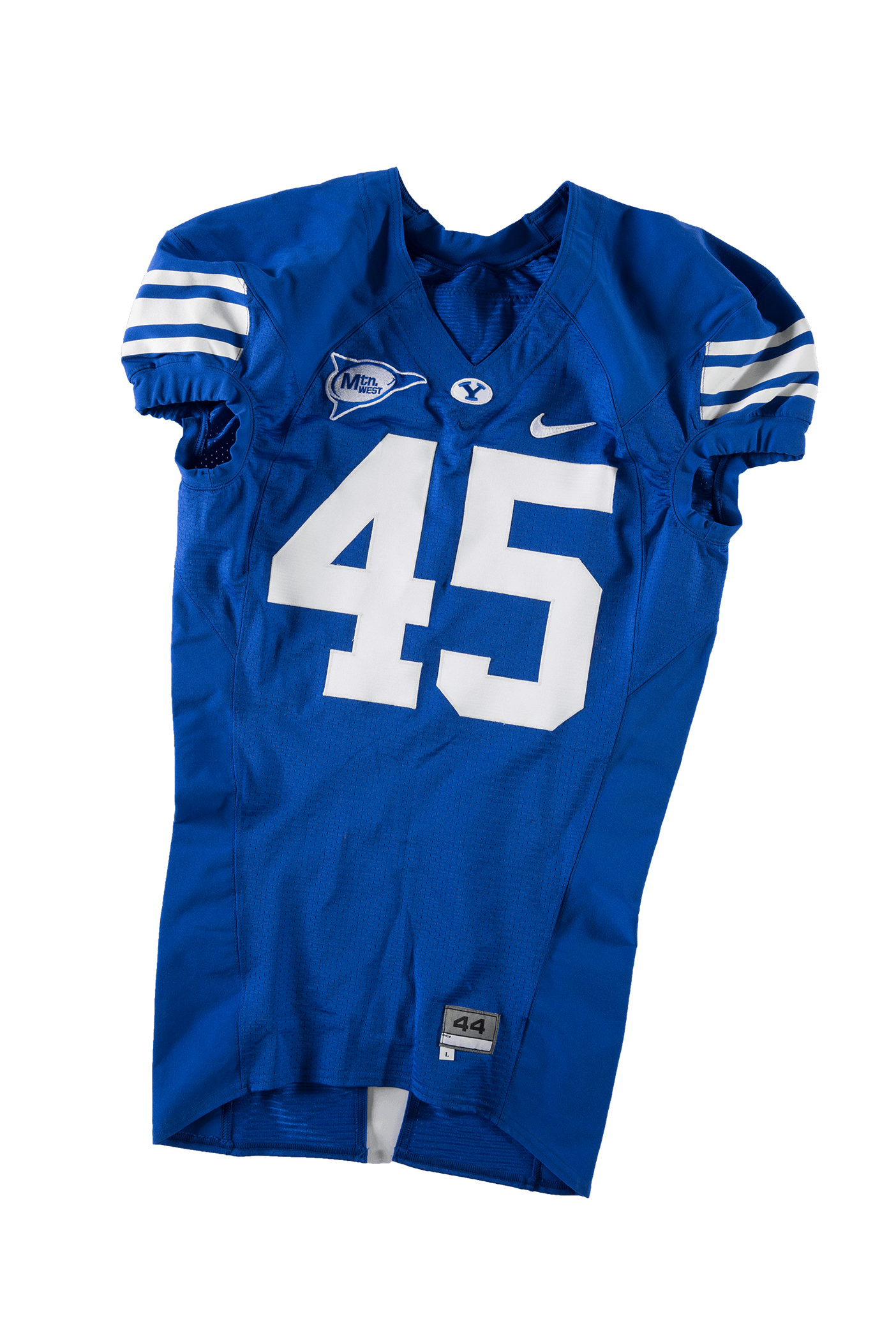 Jacob Taylor is probably the most accomplished BYU athlete whose name you don’t recognize—yet.

Voice of the Cougars