How to help your emerging adult through an extended post-adolescence. 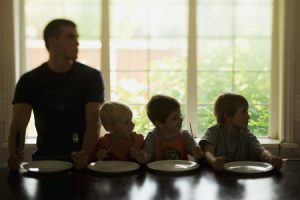 Most men and women ages 18 to 25 do not consider themselves adults, and neither do their parents.

Russell and Gretchen Maloney have a warm and supportive relationship with their three girls and two boys, all of whom they have taught to work, be dependable, and take responsibility for their choices. So when both sons took worrisome paths after their high school years, the Maloneys wondered where they had gone wrong. “We were taken aback,” says Russell. “It’s something we didn’t expect and weren’t prepared for.”

According to research by BYU family life professors, the Maloneys* didn’t go wrong. Their children simply experienced an extended post-adolescence, which was once relatively uncommon but now is the norm. Most men and women ages 18 to 25 do not consider themselves adults, and neither do their parents. They are, rather, “emerging adults,” says Larry J. Nelson (BS ’94), associate professor in the School of Family Life and lead author of a recent article about emerging adults in the Journal of Family Psychology.

About a decade ago researchers identified the emerging-adult idea and found that this age group no longer believes traditional milestones mark entrance into adulthood, such as marriage, parenthood, and home ownership. Rather, says Nelson, they believe that adulthood is reached with “internal markers—developing greater concern for others, accepting responsibility for the consequences of your actions, gaining financial independence.”

But until Nelson’s study, no one had looked into what parents believe constitutes adulthood and then compared those beliefs to their children’s. Nelson and colleagues found that parents agree with their children that adulthood doesn’t “magically arrive” with events but develops over time—more time than what most parents experienced. The in-between years are the new normal, and parents generally should not be alarmed if their children fit the pattern, says Nelson and fellow authors and family life professors Laura Padilla-Walker and Jason S. Carroll (BS ’96). They believe parents, once educated about this new stage, can be more realistic about their extended responsibility for parenting and more effective in helping their emerging adults make a successful transition to adulthood.

What’s Behind This New Phase of Life?

Emerging adulthood has developed for several complex and interrelated reasons. One factor is the amount of experience required for someone to become independent today. In years past a person could readily secure a good job after high school, but in today’s increasingly specialized work environment, good jobs require more education, which may delay aspects of adulthood such as financial independence. Also, marriage is often postponed. The average age of marriage in the United States is almost 28 for men and 26 for women, with Latter-day Saints somewhat younger but older than a few decades ago.

Another factor is that many children are getting a message that adulthood is onerous. “I think parents are partially to blame for their children being concerned about taking on adult roles,” says Nelson. “Young people watch their parents divorce; they watch their parents come home from their jobs and complain about not being respected and not making enough money. They get the message, ‘Why rush? I’m going to do it right. I’m going to make sure that I get the career I want and that I marry the right person.’”

Because of these factors, says Nelson, cutting a child loose at age 18 would be like letting a 13-year-old fend for himself in the 1950s. The realities of life are simply different, and most emerging adults need more time to search out their beliefs, explore careers, and learn about relationships.

Floundering vs. Flourishing: When Should Parents Worry?

As long as emerging adults are actively engaged in exploring and figuring out their lives, they’re flourishing. “It’s a time for them to study abroad or participate in service opportunities—enrich themselves and prepare for marriage and parenthood in ways they won’t be able to when they have greater responsibilities,” says Padilla-Walker. If they’re purposeful, even if they’re behind on a perceived schedule, their parents shouldn’t worry.

But when children are what Padilla-Walker calls “diffused,” they’re probably floundering. “Diffused is not looking, not searching, not trying, not going to school, not holding a job,” she says.

But not all who wander are lost, as J.R.R. Tolkien wrote. Some young men and women who externally appear to be floundering are flourishing internally. They’re pondering and reflecting and weighing their options. So rather than looking only for external cues, parents need to talk to their children to find out what’s actually going on. Then they can make decisions about how to support—or not support—their children.

“I would provide financial support in areas that help them flourish, such as education and study abroad. But if a child is floundering, I’m not going to sink my resources into toys and video games and trips. If they want those things, they need a job. It’s the law of the harvest,” says Nelson.

The Maloneys had one son in each category. After high school, Craig lived at home, got a job at a fast food restaurant, and spent the rest of his time partying. He had planned to go on a mission, but as his 19th birthday approached, he decided against it. He also began abusing substances. His parents were beside themselves. “After more than a year of trying to guide Craig away from his poor choices, we asked him to leave our home,” says Gretchen. “He wasn’t trying to grow up. He was avoiding adulthood.”

James, on the other hand, worked after high school to save for a mission, went on a mission at 19, and intended to marry soon after his return and finish his education quickly. But things didn’t turn out that way. He tried to work and go to college at the same time but couldn’t sustain the heavy schedule. He moved back home, worked and saved, then went back to school. The stop and start occurred several times. Failed relationships also set him back emotionally more than once. But he was always actively engaged—working hard and purposefully exploring. “James has been super responsible. He wanted to pay for school up front and not incur debt, so it’s taken him longer,” says Gretchen.

As with every stage of parenting, the most important thing parents can do to nurture their children through emerging adulthood is to be warm, loving, and supportive. That kind of relationship should already be in place, and if it is, it will be easy for parents to keep the lines of communication open and help their children through their coming-of-age. “Parents can say things like, ‘These are our thoughts. What are yours? This is what we can do to support you. What would you like to pursue? Let’s talk about you coming home for Christmas break.’ It’s openness, warmth, and support,” says Nelson.

Granting children autonomy and allowing them to experience the consequences of their decisions is also key. Parents should insist that children handle life logistics, such as dealing with landlord problems or talking to a professor about a grade. “Don’t step in to solve these problems for them,” says Padilla-Walker.

Parents should also avoid comparing their own experience to their children’s and accept that acheiving full adulthood might take longer than it did for them. Nelson recommends that parents not press emerging adults into careers or marriage before they’re ready. “Our culture can be lousy at that. We push—‘Why aren’t you married yet?’” says Nelson. “We need to follow the Brethren, who tell us to marry the right person at the right time in the right place.”

According to Nelson, emerging adults shouldn’t unduly delay important roles like marriage and parenthood for any selfish reasons. “Your age is not as important as where you are headed,” he says. “The path, the trajectory you’re on, is what is key.”

Russell Maloney says he and Gretchen had warm, supportive relationships with their sons in their childhoods, creating a family atmosphere that served them well when their sons moved into the emerging adult stage. “We had conversations with them and asked things like, ‘How are things going?’ and ‘What are you thinking?’ They would come to us and ask for advice, and we would talk to them about what might be appropriate goals or different career options. But we left the decisions up to them. Even while Craig was struggling, he knew he could come talk to us and get sympathy and counsel from us.”

The results for the Maloney’s sons have been good. By 21, Craig had given up his partying lifestyle and decided to go on a mission. After returning he married and now has a good career. James, now 25, continues to work on his education and recently became engaged. Both sons have a close relationship with their parents, are active in the Church, and are solid citizens.

“We worried about them, but they had a good foundation and we felt confident in their ability to eventually find themselves,” says Russell. “We saw that it would take time, so we gave them that time, and things have worked out well.”

* Names and identifying details have been changed to protect privacy.

A Guide to Young Love

Understanding and Improving Your Parenting Style

Studies show parents with an authoritative style are more effective at supervising and supporting children.