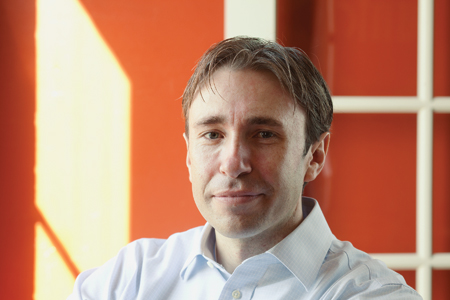 It isn’t uncommon for Heather Miller to receive phone calls from people asking for favors, particularly tickets to Utah Jazz basketball games. Her husband, Bryan, is the youngest son in the Larry H. Miller family, which owns the Jazz.

Jeffrey K. Rust (BA ’01), CEO of Corporate Alliance, benefited from Miller’s generosity one Christmas when she provided a pair of tickets for him and his father. The seats were great, but a lesson he learned from Miller, a high school friend, was far more important than anything he saw happen on the playing floor.

“As we watched the game,” Rust says, “she told me some of the most difficult people she dealt with were former classmates who used to ‘moo’ at her.” A member of the high school color guard, Miller and her fellow performers had been heckled by fans when they walked onto the basketball court for halftime performances. “These guys who used to moo now call me for favors and act as if I don’t remember,” Miller told Rust.

“I feel bad for everyone who was involved,” Rust says. “Her experience illustrates how you never know what the outcome of a behavior or a conversation will be either now or 20 or 30 years from now.”

Using this belief as a springboard, Rust spoke to a BYU Alumni webcast audience earlier this year about relationship building. He started with four ways people build networks:

1. Coasting. These people are passive about building relationships. When they make a contact, they save the information in their phone or e-mail address book so they can later use it if needed.

2. Database building. These people attend a meet and greet, swap business cards, and work to build a database of contact information. They use the database to push information—often considered spam.

3. Relationship management. This group considers every interaction a relationship and desires to make it lasting.

4. Building a city of influence.

“The first two use parasitical tactics,” Rust says. “They feed the user, who finds a host to feed on. The next two are pollination tactics, and the result is a symbiotic relationship where both parties benefit.”

He explained that proper intentions are needed to create a city of influence. “Build a relationship just because,” he suggests. “When you are in a conversation with someone, be in the moment. Be interested. Avoid relationship arrogance. Don’t be one of those people who sits around a table and looks at name tags to decide whether someone is worth his or her time.”

Finally, Rust says, follow up on your contacts and seek to create lifelines. Learn about individuals enough to understand their needs so you can serve them. As you help others, typically, the law of reciprocity kicks in, and that person will want to serve you in return.

“I strongly believe people do business with people they know, like, and trust,” Rust says. “You can be that kind of person.”

A club known for its elaborate themed parties in the 1980s tracked members down through Facebook for an epic reunion.