The directors of the Mormon Tabernacle Choir, the head of acharitable foundation in Peru, an acclaimed athletics director, a young mother who helps orphans in Bulgaria, and a former BYU professor will be honored with university awards during Homecoming 2007.Receiving Distinguished Service Awards are Craig D. Jessop (MA ’76) of North Salt Lake, Utah; Jerold J. Simons (’62) of Midway, Utah; Glen C. Tuckett (MS ’62) of Provo; and Mack J. Wilberg (BMU ’79) of Bluffdale, Utah. Deborah Dushku Gardner (BS ’96) of Providence, Utah, will receive the Service to Family Award, and the late Robert H. Slover will be honored with the Honorary Alumni Award. 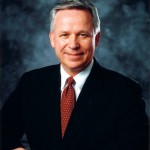 The Distinguished Service Award is given to BYU alumni who have given outstanding service to their profession, community, nation, church, or university, and the Service to Family Award goes to alumni who render exceptional service to families, whether in the recipient’s home, community, or nation. The Honorary Alumni Award is designed for highly select BYU supporters who have rendered outstanding and significant service to the university.Jessop has been the director of the Mormon Tabernacle Choir since 1995, and Wilberg has been the associate director since 1999. Together they created and nurtured the Orchestra at Temple Square and the Temple Square Chorale, led the Mormon Tabernacle Choir in tours, and prepared the choir for the Opening Ceremony of the 2002 Winter Olympic Games in Salt Lake City. 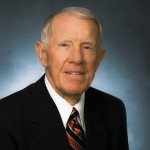 Wilberg earned his bachelor’s degree from BYU and master’s and doctoral degrees from the University of Southern California. A former professor of music at BYU, Wilberg is a prominent choral music arranger and composer. For the past several years the prolific arranger has been Oxford University Press’s top-selling artist.Simons and his wife, Ella, have helped more than 350,000 people through Hope Projects, their humanitarian organization designed to aid remnants of the Incas living high in the Andes Mountains. Simons provides materials and farm animal pairs to villages, and he teaches locals to do their own building, planting, and learning. Other projects consist of medical clinics; water systems; bathrooms with septic tank systems; school classrooms; technical colleges; and a jewelry, tile, and concrete facility. Simons earned his doctorate in education at Texas A&M. 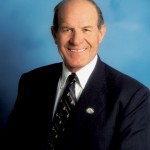 In his more than 35 years as a teacher, coach, administrator, and ecclesiastical leader, Tuckett has been an extraordinary representative of BYU. During his 17 years as an athletic director, he was a driving force in the expansion of the football stadium from 30,000 to 65,000 seats, and under his leadership additional facilities were developed for tennis, soccer, swimming, track, and baseball. He served as athletic director at the University of Alabama after his retirement from BYU and has been inducted into the BYU Athletic Hall of Fame, the National Association of Collegiate Directors of Athletics Hall of Fame, the American Baseball Coaches Association Hall of Fame, and the Utah Sports Hall of Fame. Tuckett earned both his master’s and doctoral degrees from BYU. 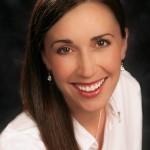 Gardner’s mission to Bulgaria prompted the full-time mother of five to focus on humanitarian aid. She cofounded One Heart Bulgaria, which improves the lives of children in 15 Bulgarian orphanages. As the foundation’s executive director, Gardner has organized projects including an immunization program, orphanage renovations, an orphan nurturing program, and a hydrocephalus program that provides life-saving shunts and surgeries for infants and young children. Additionally, she has created a jobs program and a halfway home for teenagers. Gardner guided her 9-year-old daughter in a fund-raising project that raised $1,200 to provide birthday and Christmas parties for orphans. 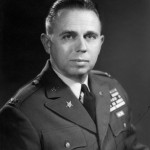 An emeritus BYU professor of political science and public administration, Slover’s academic career was augmented with government service. He was a colonel in the U.S. Army and was a leading expert on civil affairs and military government, responsible for the entire American military in Asia. As a BYU bishop, he and his counselors developed the idea of family home evening groups among students, and it became a university-wide program. He was a mission president and temple president in Seoul, Korea.

The Hazards of Helicopter Parenting

To take flight on their own, young adults need a little air space.

A team of BYU chemistry researchers has engineered molecules that may help prevent catastrophes in the future.