A delinquent child may be passing down more than just used clothes to younger siblings. Here’s what parents can do. 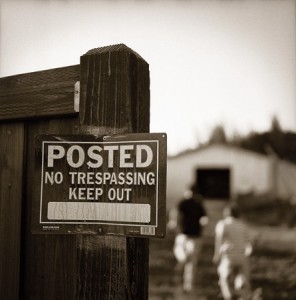 The old adage that boys will be boys should be retired, according to BYU researcher Bert O. Burraston (BS ’91). It cuts parents too much slack when their boys bully younger siblings. Recent studies have shown that such bullying significantly increases the likelihood that younger siblings, particularly boys, will become bullies themselves—or worse.

In fact, the studies suggest that a son who is delinquent has likely begun training his younger siblings in deviancy before parents know what’s happening. He might not be consciously teaching them to run amok, but the tutelage is happening nonetheless.

“Having an older sibling who is getting into trouble puts younger siblings at greater risk,” says Burraston, an assistant professor of sociology. “Parents need to take action that addresses both the older sibling’s problems and the risk that the younger siblings will follow in his footsteps.”

Burraston’s findings are based on his recently published 11-year study of 105 boys at risk of delinquency. Although Burraston and his research partners acknowledge that a child’s behavior is shaped by a host of factors, having an older delinquent brother was a disproportionately strong indicator of delinquency. Using complex statistical modeling, the researchers showed that the delinquent older sibling passes on his behavior via two main ways—fighting with younger siblings and bringing deviant friends home. Children who experienced these factors were 25 percent more likely to engage in such behaviors as physical violence, criminal activity, drug and alcohol use, and sexual activity.

Fighting, or what researchers call “sibling conflict,” includes physical conflict, yelling, nagging, and stealing a sibling’s belongings. Burraston and his colleagues found that when an older sibling was in grade school, the more he fought with a younger sibling, the more likely both siblings were to become delinquents in adolescence.

But don’t all brothers and sisters, but especially brothers, yell at each other and deliver at least an occasional jab? Yes, says Burraston, and parents shouldÂ be concerned. While eliminating all conflict isn’t realistic, parents should take steps to reduce it as much as possible. Parents need to teach their children to resolve conflict without violence or intimidation. “The more the children fought with one another, the more apt they were when they were older to do deviant things when they hung out together.”

Tied with fighting as a predictor of deviancy is having delinquent friends in the home. The more deviant “peer association” the older sibling has, the stronger the influence on younger siblings. Of course, older siblings have direct access to younger siblings, so when a younger boy hangs out with his older delinquent brother, the younger brother often adopts the deviant behavior.

History is replete with stories of good parents who raised children who turned out rotten, so juvenile delinquency can’t be entirely blamed on bad parenting. However, as Burraston and his colleagues studied at-risk families, they found that ineffective parenting is highly related to both risk factors—sibling conflict and deviant peer association—and thus to older brothers’ leading younger brothers astray. Parents who didn’t do much to curb an older son’s bad behavior were even less likely to shield younger siblings from his negative influence. “Ineffective parenting includes failing to monitor and supervise children, not being able to problem solve very well with children, not having clear rules, and not having consistent consequences for breaking what rules there might be,” says Burraston.

One of the biggest parenting problems Burraston finds in the at-risk families he studies is something researchers call “nattering,” which is several steps beyond nagging. If you don’t impose a consequence when your child refuses to do what you ask but instead ask again and again, you’re nattering. “Kids learn to turn that off really well. When they do, parents typically keep nattering, and then they’ll get really mad and blow and start screaming. The kids naturally react by screaming back. So nattering is very ineffective.”
Nattering not only doesn’t work, says Burraston, it also teaches children powerful negative lessons. If parents natter their children into a yelling match, they leave themselves two options, both harmful. “If you back off, you’re teaching them that protesting works, and they’ll do it more,” says Burraston. “If you continue to escalate until you ‘win,’ you’re teaching them that coercion—screaming, threatening, or hitting—is a way of getting what you want.”

“Parents need to take action that addresses both the older sibling’s problems and the risk that the younger siblings will follow in his footsteps.” –Bert Burraston

Children who learn these lessons tend to resort to temper tantrums when they don’t get what they want. Because of this behavior, other children may not want to play with them. If the normal peer group ostracizes them, these children typically start hanging out with other kids who throw temper tantrums, the deviant peer group. “Then basic criminal theory starts to apply. This theory says that people develop behaviors and attitudes based on the people they hang out with. So now the child is on a very bad trajectory.”

The key to avoiding nattering, Burraston says, is to follow through. If your child doesn’t respond after your first request, don’t ask again. Instead, immediately impose a specific consequence that you have previously agreed on.

What’s a Parent to Do?

Sibling conflict is basically a form of antisocial behavior, says Burraston, and the antidote is pro-social skills. So rather than nagging at kids when they quarrel, parents need to give their kids tools for handling conflict (see “Teaching Children Pro-Social Skills” on this page).

Burraston likes to remind LDS parents how serious this parental responsibility is by quoting King Benjamin’s sermon in the Book of Mormon: “And ye will not suffer your children that they . . . fight and quarrel one with another. . . . But ye will teach them to walk in the ways of truth and soberness; ye will teach them to love one another, and to serve one another” (Mosiah 4:14–15).

For deviant peer problems, the antidote is supervision and monitoring. Burraston endorses the kind of supervision parents hear preached frequently—know your kids’ friends and know where your kids are going, who they’re going with, what they’ll be doing, and when they’ll be home. Cell phones can help with supervision as long as you’ve set up clear limits for their use.

“It’s best to start monitoring early in childhood and continue it,” says Burraston. “Starting later is going to be harder, but it’s still important. Even if you start at 15, it’s better than not starting at all.”

All parenting strategies should be delivered in the context of a supportive, warm relationship. An important element that can help build this relationship is noticing when your children are doing well and expressing appreciation and approval when they do.

“If you catch your children actually doing something you want, praise them. Let them know that you notice,” says Burraston. “By catching them doing things you want them to do, you’re going to reinforce that behavior.”

A powerful way to prevent juvenile delinquency or to reduce the impact of an older sibling’s delinquency on younger siblings is to teach social skills, especially conflict-resolution skills. Here are a few suggestions:

• When your children fight, calmly intervene and give them options, such as talking it out or separating until they cool off and then talking it out. Ask them for ideas about how they could resolve their differences without yelling or hitting.

• After a conflict, teach empathy by asking each child how he thinks his brother or sister feels about what has just happened.

• Help children see the consequences of fighting. Ask them what could happen if they continue fighting.

• Teach what it means to respect one another. Agree as a family on specific consequences for yelling, hitting, name calling, and other disrespectful behavior.

• Teach children to listen, seeking first to understand and then to be understood. Be good examples of this principle.

• Model healthy conflict-resolution skills by letting your children see you work through a conflict calmly and reasonably.

• Obtain age-appropriate movies and books that show conflict-resolution skills; talk about them together.

Sue Bergin is a part-time faculty member in the Honors Program and a writer and editor in Orem, Utah.

Families of diversity must be ready to examine motives, build identities, and embrace differences.