An interdisciplinary BYU team seeks to help families raising children with disabilities.STUDYING children is a bit like trying to grasp a ray of sunlight. They’re elusive subjects, and their behavior yields reluctantly to standard data collection methods. Innovation is called for, and that’s exactly what an interdisciplinary group of BYU researchers has accomplished. To uncover the stressors and coping strategies of children who have a sibling with a disability, they’re using two highly unusual research techniques—having children keep diaries and take photographs. 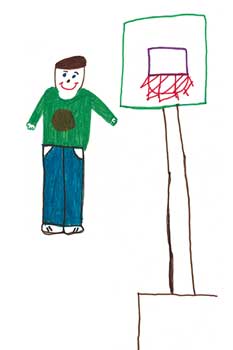 This drawing by a sibling of a child with disabilities represents one of the information-gathering methods used by BYU’s research team. The goal of their study is to understand and help families whose children have special needs.

“You have to be really creative in how you get data from children,” says Elaine S. Marshall, dean of the College of Nursing and a pioneer in developing qualitative techniques for studying children. “An interview situation with an adult puts children in the subordinate position, and children have been socialized to give the right answer. But if you can empower children—give them their own private diary or hand them their own camera—you get amazing things.”The “amazing things” include rich data sets that have generated numerous journal articles and conference presentations over the last five years. The research team includes Marshall; Susanne Frost Olsen, associate professor in the School of Family Life; Barbara L. Mandleco, associate professor of nursing; and Tina T. Dyches, assistant professor of counseling psychology and special education; along with undergraduate and graduate students. Their articles draw on data collected from parents and children in 53 Utah Valley families that have a child with a disability. They’re examining issues including sibling adjustment, family resilience in the face of profound challenges, and the role of faith in coping with a child who has a disability.For one article, published in 1999 in Contemporary Perspectives on Family Research, the team analyzed two to three weeks of diary entries made by 23 siblings. The semi-structured diaries had the children write about five topics each day, such as “The hardest thing about living with my brother/sister today was . . . ” and “This is what I did about it.” Major stressors identified from their answers included physically aggressive or annoying behavior by the sibling with special needs and feelings of responsibility for him or her. But nearly one quarter of the diary entries indicated no particular stressor at all.“What we find from this research is that many of the stressors identified by siblings may be part of normal sibling interactions and not unique to families with a child with disabilities,” says Olsen. 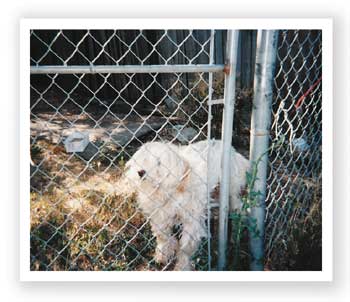 Applying innovative methods in their effort to understand children with disabilities, BYU researchers gave the children cameras and asked them to photograph their favorite things.

To unearth more information about sibling adjustment, 17 children in the subject families were given disposable cameras and asked to take pictures of things important to them. “Depending on their age, children can’t just say, ‘This is what’s important to me,’ but they can easily go out and take pictures,” says Dyches. “It’s been fun to look at those pictures—their trophies, their dogs, their Cabbage Patch dolls—things that probably wouldn’t come out in an interview.”Most photographs revealed family life and typical activities any child would experience whether or not they lived in a family raising a child with special needs, says Dyches. She currently is taking the photograph technique a step further by handing over cameras to children with special needs themselves. “Researchers have rarely talked to these kids because they’ve thought they were incompetent or couldn’t give valid answers. But how simple is it to take a picture? So we’re doing that right now with kids ages 8 to 18, and we’re finding that they too can participate as research informants.”The team also has examined the hardiness of these families, having the parents fill out questionnaires. They reported in a 1999 issue of the Journal of Family Nursing that support and communication were critical factors in predicting how well a family adjusted to the challenge of a child with special needs. They also found that the families overall are doing well. “For these families, raising a child with special needs is normal. These families see themselves as no different from other families, which kind of surprised us,” says Mandleco, who cautioned that the families were young and that adjustment might be different when the children are older.Another finding that surprised the team was the importance of spirituality to the study families, most of whom are LDS. “We expected this theme to some degree, but not the overwhelming power of faith, religion, and spirituality in the lives of these families,” says Marshall. “Their faith is deepened and becomes very personal. Many of them saw special meaning and purpose in their situations.” Though investigation on the subject is sparse so far, Marshall says, research suggests that this phenomenon carries over to people of other faiths.M. Sue Bergin is a writer and editor living in American Fork, Utah.

Young adults today don’t feel like kids or adults. Here’s how parents can help them through an extended adolescence.