A Family of Healers

Dean Beth Cole has nursing in her genes. 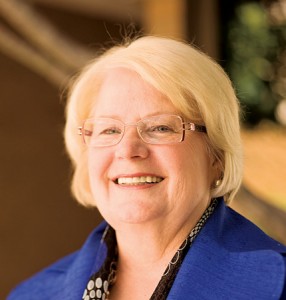 Like mother, like daughter. And granddaughter and great-granddaughter, in Beth Vaughan Cole’s (PhD ’78) case. The pinafore apron her grandmother, Martha Lowes Dorr, donned as a practical nurse in the 1930s is far different from the scrubs her daughter, Christina Cole Snyder (BA ’03), wears today. But one thing has been consistent in Cole’s family for four generations: a commitment to the art of healing.

The daughter of a registered nurse and a research chemist who developed the gelatin capsule, Cole had little difficulty deciding on a career path. “I had the choice of going into nursing, nursing, or nursing, so I chose nursing,” she says, laughing. Her decision has led to more than 30 years of distinguished work in the field and to her appointment as dean of BYU’s College of Nursing.

More than just the uniform has changed in the nursing profession since her grandmother’s day. A greater emphasis on research and the movement of nursing education from the hospital to the university setting are two of the biggest changes. Focusing mainly on mental health issues, Cole’s own research has touched on topics such as parenting of preschool children by divorced mothers, decision-making among adolescents, and domestic violence against pregnant women. Cole has spent the past 10 years studying grief, and from 1997 until 2007 she directed Caring Connections, a grief and bereavement center in Salt Lake City.

“People who are grieving don’t want to be perceived as ill or mentally compromised in any way,” she explains, “but they’re suffering.” The center helps families and individuals cope with that suffering, providing eight-week programs for those who have lost someone to homicide or suicide, to those who have lost a parent or a child, and to other specific-needs groups. Cole has spent much of her time helping children as young as 4 cope with a family member’s terminal illness or a parent’s suicide. “We don’t really communicate to children,” she says. “We want to protect them, and sometimes by protecting them we don’t give them the information they need.”

While Cole has received honors for her work—the President’s Award from the International Society for Psychiatric Nursing and recognition as a “Hometown Hero” by Salt Lake City’s KUTV among them—she has seen some of her most rewarding moments in the classroom. “For every nurse you educate, hundreds and even thousands of lives will be touched,” she says.

Her daughter Christina Snyder, who works at the outpatient general surgery clinic at Children’s Hospital Boston, recognizes her mother’s influence not only on her but on other nursing professionals as well. “I remember hearing my professors talk about classes they took from my mom when they were in nursing school,” she says, adding that her mother never pressured her to pursue a career in healthcare. “It must be something in our genes. Who knows?”

Cole’s own mother, Lynn Vaughan, worked for 25 years in doctors’ offices, even picking up a night shift in an intensive care unit “to keep her skills up.” Snyder remembers visiting her grandmother at work, where Vaughan was always eager to introduce her grandkids to anyone in sight.

“Our family has a strong ethic to help other people,” says Cole. She believes nursing is applied Christianity, citing the College of Nursing’s motto, “Learning the Healer’s Art.” Just as Jesus Christ healed, educated, and showed compassion to others, she seeks to do the same in her work.

Asked whether she foresees a fifth generation of nursing in her family, she replies with a smile, “We’ll leave that question unanswered for now. We’ll see what happens.”

A Center for Learning

The Marriott School expert on living intentionally wants you to make a 100 list. Here are the rules.