At age 16 Stacy Taniguchi started his 100 list—100 things he wanted to do in this life (read about it here). Thanks to that list, he would climb the highest peaks, build his own house, coach Olympians, fly planes, and, eventually, study and teach at BYU.

Now the Marriott School professor is a sought-after expert on, well, living. His research delves into self-actualization, specifically in wilderness settings, and he speaks far and wide on how to thrive—and how to make a 100 list of your own.

Want to make a 100 list? Here are Taniguchi’s rules—plus a numbered template to print out and get you started.

Decide to Thrive. “It is a choice,” says Taniguchi. “You have to decide whether you want to endure or thrive in this life, and if you want to thrive, then you have got to prioritize it.”

Choose Wisely. It’s not easy to come up with 100 goals—it took Taniguchi years. “Usually people stall out around 20 or 30,” he says. “Then it gets harder to think through.” A question he often gets: Can the list be retrospective? “Absolutely.” Meaningful things you’ve already accomplished—add them.

You Can’t Take Anything Off. “If it was important to you at one point, then it meant something to you,” he says. He tells the story of a client he led up Denali who, diagnosed with terminal cancer months before the trip, about cancelled. Taniguchi got him to the top. “It didn’t prevent him from dying, but it changed his life.” The guy came home from Denali, got re-engaged and married, finished his last cases at work—he went out living. “Even if, 20 years from now, you look back and go, ‘I don’t know if I really want to do that one thing on my list anymore,’ it may be the one experience that was what Denali was for him.”

Better Yourself, Uplift Others. With each accomplishment you want to add, Taniguchi says you should ask two questions: “Will this make me a better person?” and “Will this help me uplift and have a positive effect on others?” “If you take the time to better yourself, to challenge yourself, you are going to be a better instrument in [God’s] hands.”

Take Some Risks. Add things that will stretch you, make you feel a touch awkward, whether it’s feeling like a stranger in a foreign land or trying to learn something new or tackling a fear. Those vulnerable moments will give you glimpses of your sublime nature, says Taniguchi. 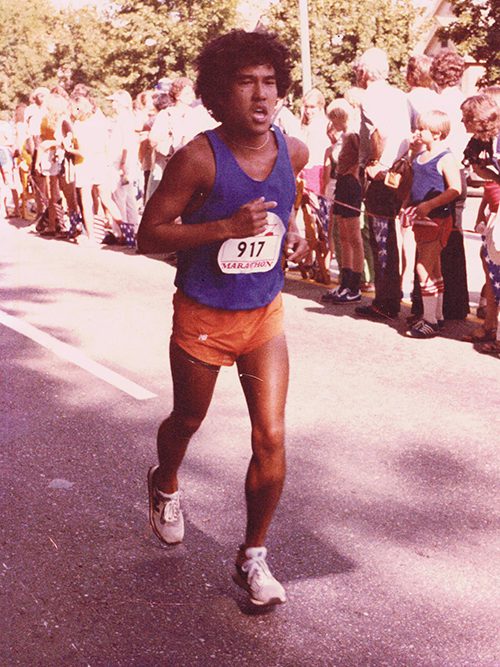 1 of 10: One thing on Taniguchi’s 100 list: run a marathon. That led to several more marathons. Photo courtesy Stacy Taniguchi. 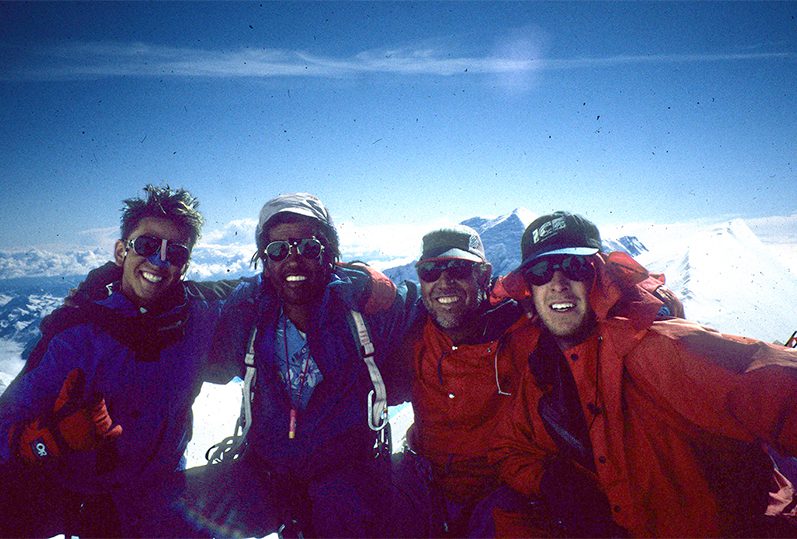 2 of 10: Stacy Taniguchi and his son Jared (the pair at left) grin on the summit of Denali. Summiting with Dad was a goal on Jared’s own 100 list. Photo courtesy Stacy Taniguchi. 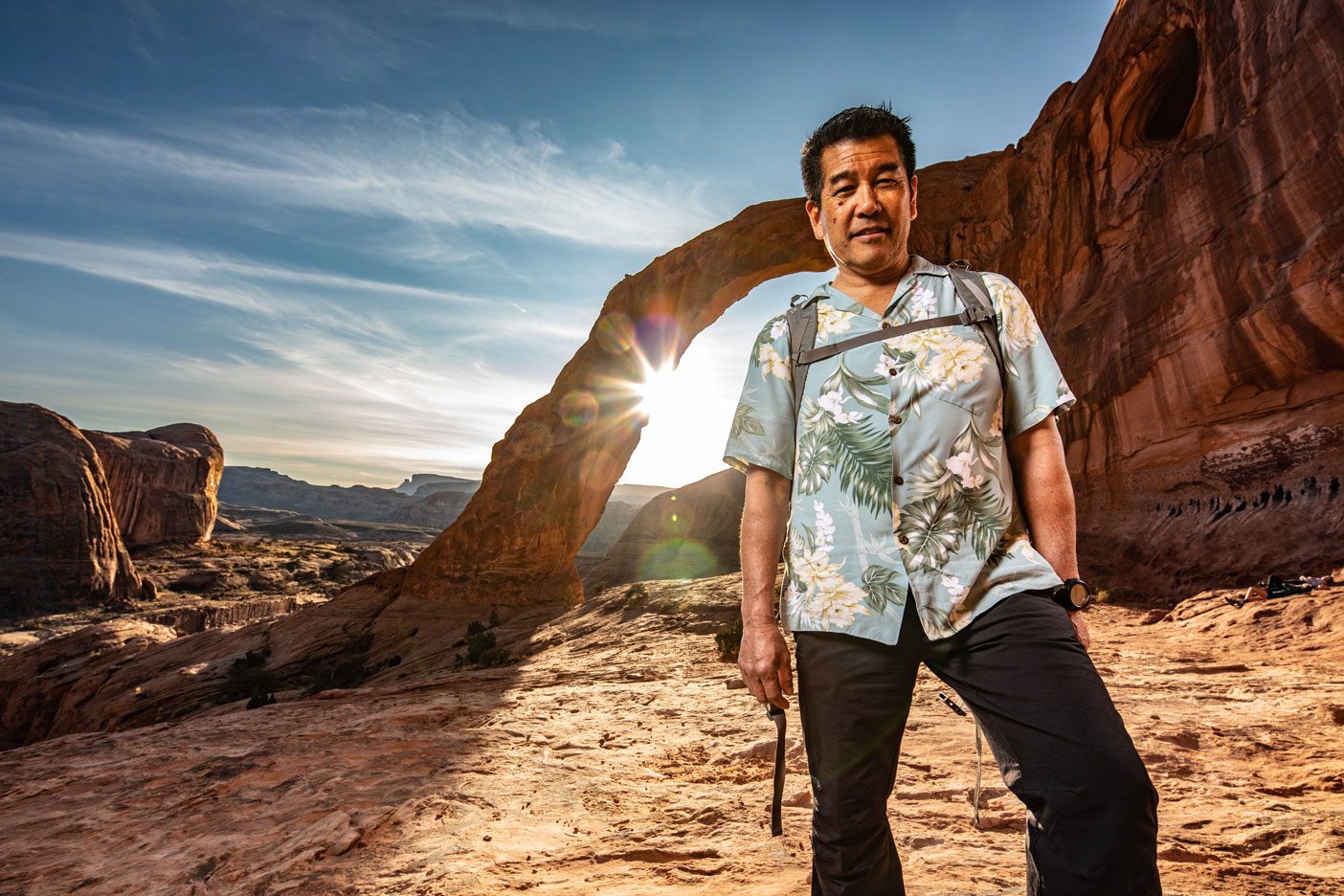 3 of 10: In past years, Stacy Taniguchi has taken BYU students rappelling off of Moab’s Corona Arch, seen in the background. Photo by Bradley Slade. 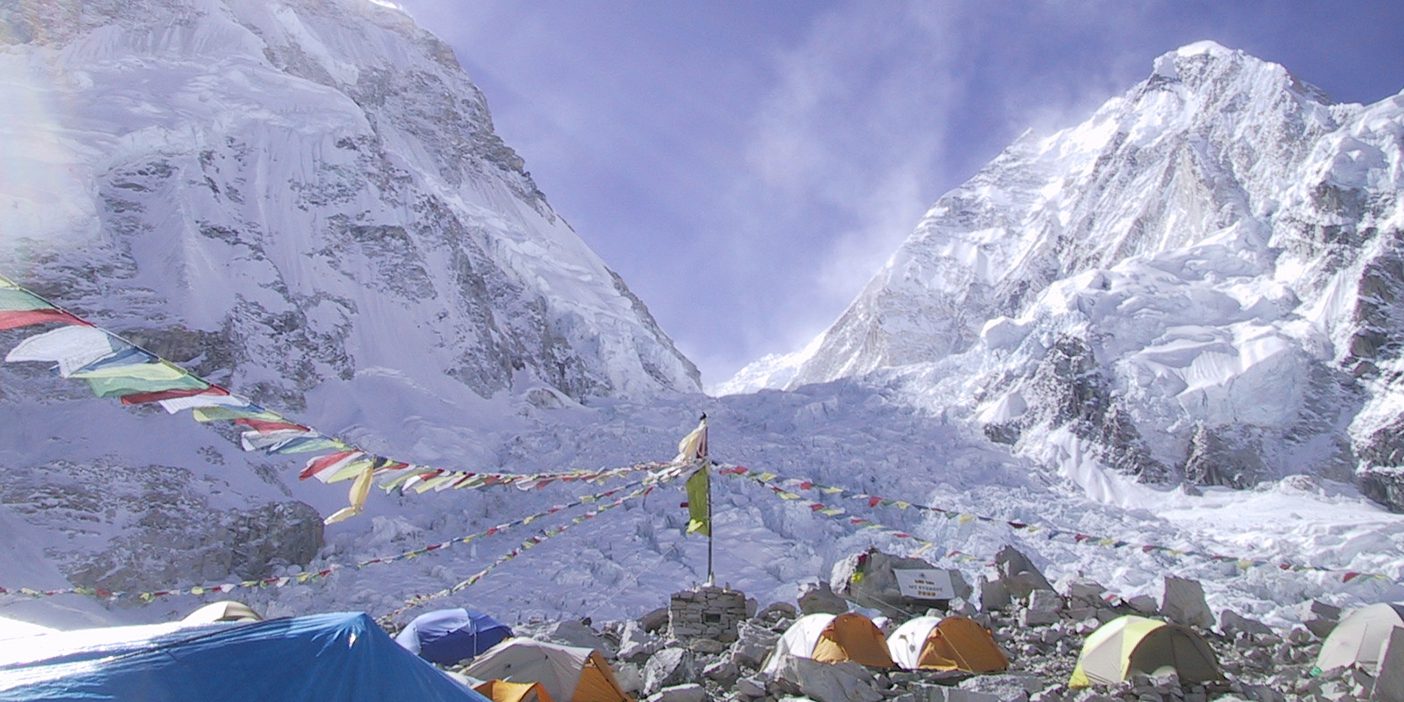 4 of 10: Taniguchi spent weeks on the mountain, acclimating at each new base camp. Photo courtesy Stacy Taniguchi. 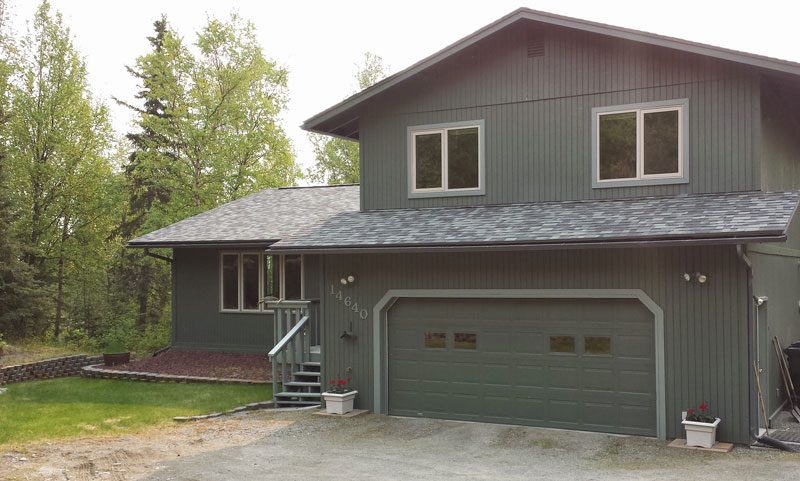 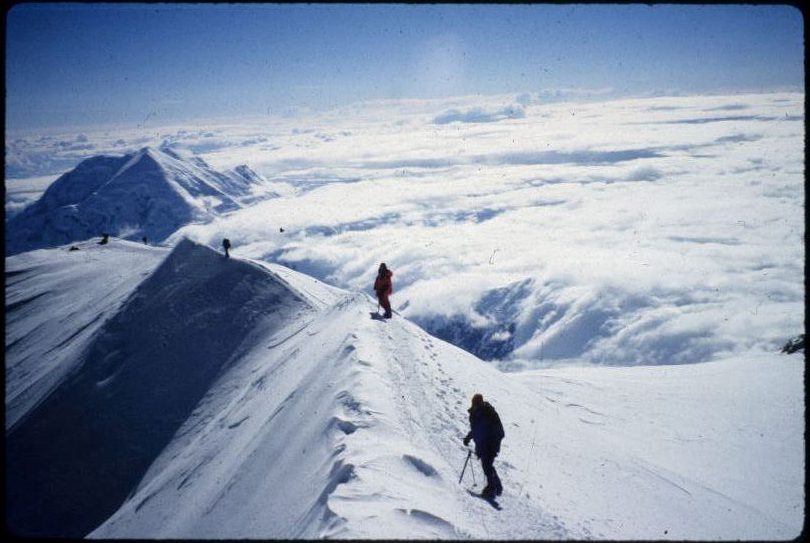 6 of 10: Taniguchi and another climber walking the ridgeline of Denali. Photo courtesy Stacy Taniguchi. 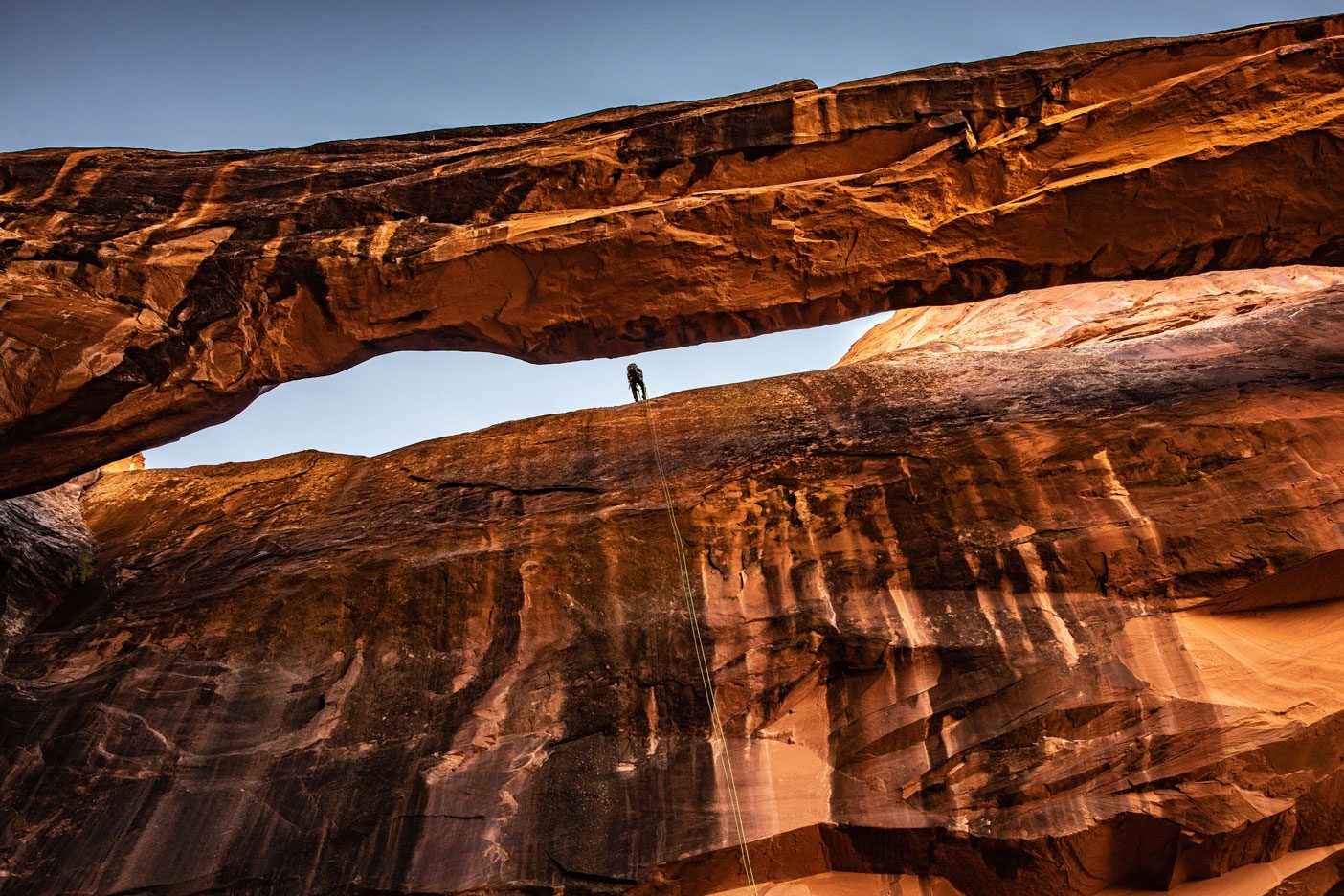 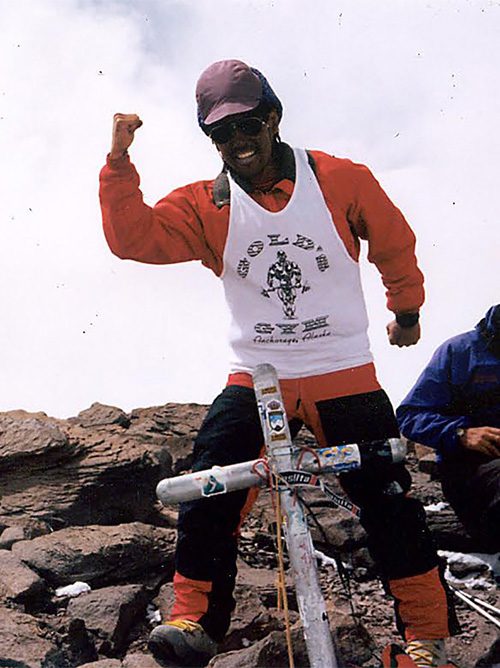 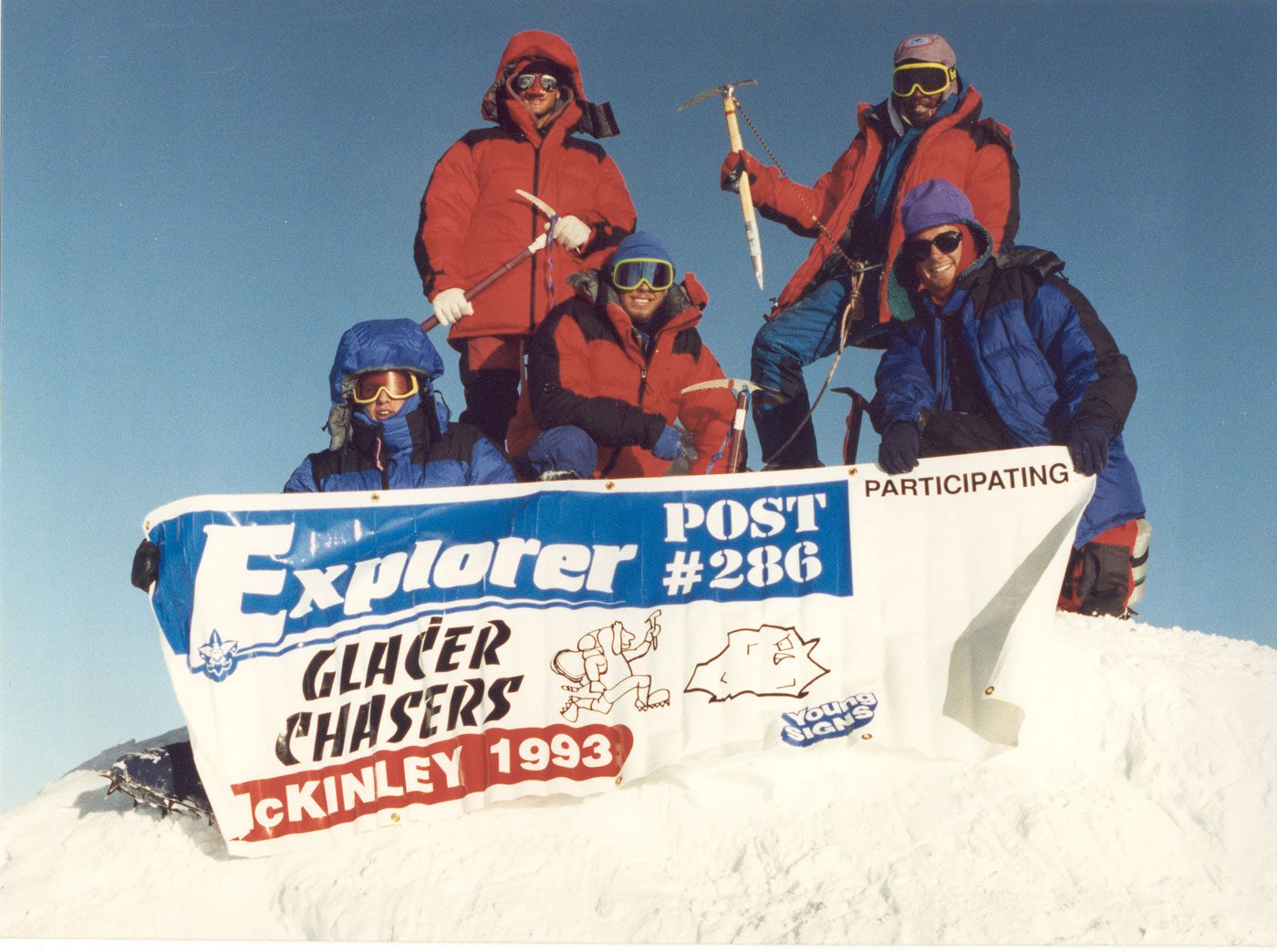 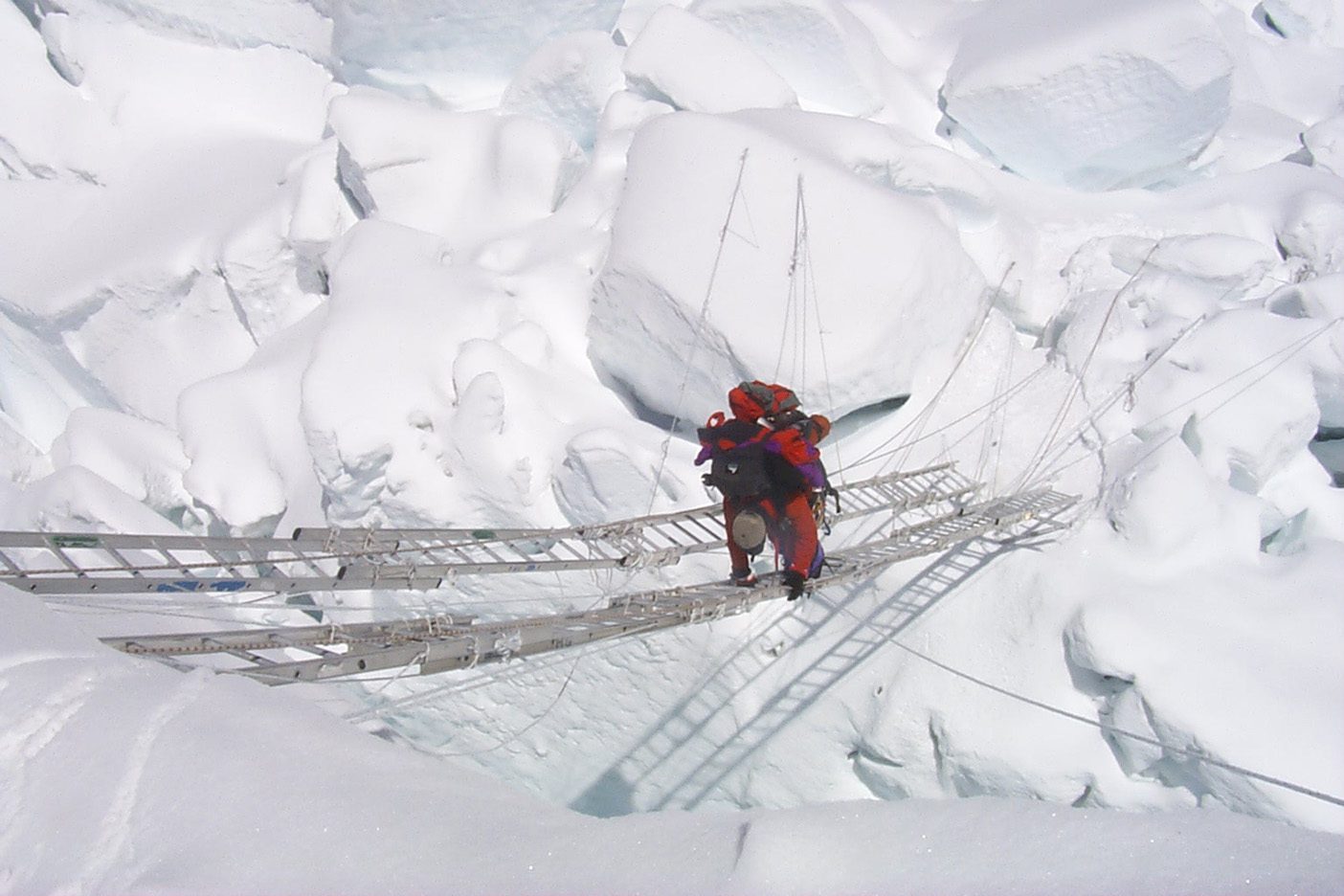 Don’t endure. The Marriott School expert on living intentionally wants you to make a 100 list and thrive.

“Thy Troubles to Bless”

Even during dark days when questions go unanswered, we can find joy and faith.

An emeritus BYU math professor has unlocked a door to Indian family history.

Don’t endure. The Marriott School expert on living intentionally wants you to make a 100 list and thrive.

They set out to make history on Everest. His life was saved by another’s sacrifice.

His client was trapped in a crevasse. For Stacy Taniguchi, it would be the ultimate test of faith.