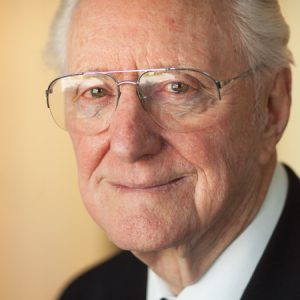 After bestowing degrees on more than 1,100 students in the Smith Fieldhouse, BYU president Ernest L. Wilkinson (BA ’21) prepared to conclude the June 2, 1961, commencement exercises. He needed only a gentle reminder that three men on the front row were making history and needed to be recognized.

“We believed we had achieved something special,” says Mayfield, “and it was important that we were successful in our careers.”

After earning his doctorate, Mayfield embarked on a teaching and writing career that took him to several Utah schools, the Church College of Hawaii, and BYU. Among other achievements, he developed a study-skills and speed-reading program, wrote a home-study class that received national awards, and developed a college preparation workshop for high school juniors and seniors. 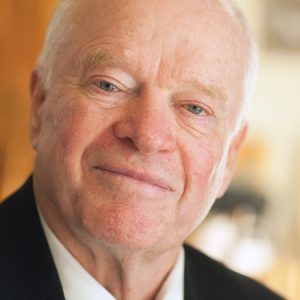 Mayfield retired on a Friday in 1988 and by Wednesday was serving a mission in South America with his wife, Elaine. The couple later completed seven more missions in South America. Mayfield’s service has included being mission president of the Argentina Bahia Blanca North Mission, director of the Family History Center in Buenos Aires, and president of the Colombia Missionary Training Center. Mayfield has also become a runner; he completed several marathons in his 50s and continues to walk and lift weights.

Ash earned a PhD in biochemistry after earning a BS in chemistry. “BYU prepared me well for my jobs and career,” he says. “It was definitely the right choice.”

Ash first worked for General Mills in Minneapolis, creating cold-water soluble gelatin and determining if there was any way to make chicken feathers edible—unfortunately he learned there isn’t, since the feathers contain too much sulfur. He then worked for Honeywell, where he researched the molecular mechanisms of odor sensing.

After his industrial career, Ash became a professor of pathology at the 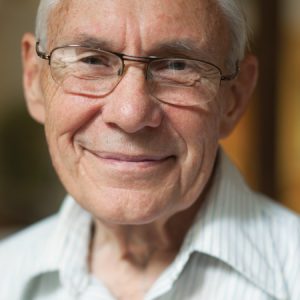 University of Utah. He helped found Associated Regional and University Pathologists (ARUP), a national nonprofit laboratory. He considers hisfounding role his greatest professional satisfaction and accomplishment. He also served on the clinical laboratory medicine board of three journals.

Before his retirement in 2002, Ash published more than 130 peer-reviewed scientific articles. He volunteers with the College Volunteer Leadership Council at BYU’s College of Physical and Mathematical Sciences.

Zaugg earned his doctorate in biochemistry and has worked on everything from fish to photosynthesis. After BYU, he worked at the Institute for Enzyme Research at the University of Wisconsin, did research at the Western Fishery National Laboratory, and studied the biochemistry and physiology of salmon at the National Marine Fisheries Service. He retired in 1992 and established his own lab to monitor the biochemical activity of fish and study what changes occur in salmon when they are ready to migrate.

His positive experience at BYU launched his career, and he has passed this tradition on to the next generation. In 1984 Zaugg became part of one of the first father/son teams to receive doctorates from BYU when his son Steven earned an advanced degree in analytical chemistry.

Without making the effort today to build an effective and enduring educational system, Poland's economy will suffer.

Darren Campbell is BYU's head doctor: he leads the physicians supporting athletics, and he's an expert on concussions.

Good voice or not, an anesthesiologist brings his patients peace.