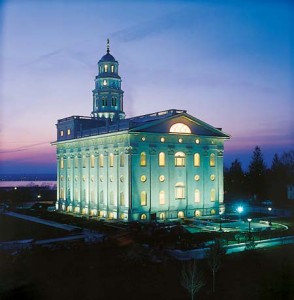 TEN-YEAR-OLD Caitlin Elizabeth Bengtzen wasn’t going to let a broken foot get in the way of going with her grandparents and cousins on a BYU tour to Nauvoo and other historical sites of the Church of Jesus Christ.But even the best of intentions are sometimes challenged.At Haun’s Mill she eagerly grabbed her crutches and completed the 25-minute hike to the site of the massacre. But the trek exhausted her, and she wondered how she would get back. That’s when another tour participant, newly returned missionary Tim Hewlett—despite the heat and humidity—carried her back to the bus. Although drenched with sweat, he merely smiled and said that it was his pleasure.Such a spirit of goodwill characterized the 1,600 people who traveled with BYU on 26 tour buses in May and June. Twenty-six couples from the alumni staff, the alumni board, the Development Office, and Cougar Club served as tour hosts, taking participants on a journey through Missouri, Illinois, and Iowa, highlighted by a tour of the Nauvoo Illinois Temple. Trip sites included Independence, Liberty, Far West, and Adam Ondi-Ahman, Mo., and Carthage, Ill. Additional stops were added in Jamesport, Mo., near an Amish community, and Hannibal, Mo., the birthplace of Mark Twain.Being in Nauvoo was the trip of a lifetime for Craig B. Ainge, ’79, and his family, including his wife, Kathy, ’78; daughter, Rachelle, ’01; and son, Collin. “As we turned the corner toward Nauvoo, I saw this beautiful temple and immediately had a strong spiritual feeling,” says Ainge. “I spoke with my family, and we each said we felt something special whenever we looked up the hill and saw it from the vantage point of Brigham Young’s or Joseph Smith’s home, for example, or when we viewed it across the Mississippi River (from Montrose, Iowa). We don’t know how many times we will go to Nauvoo to do a temple session, and even if we do, we won’t have the experience of seeing the interior of the temple as we did on this tour.”For Allan L. and Marilyn T. Davis, ’76 and ’96, the opportunity to see the temple prompted their eight children to give them the trip as a wedding anniversary, birthday, and Christmas present. “The Alumni Association made it affordable for families to go, and we appreciated that,” Marilyn explains. She also had particular interest because her great-great grandfather, William Mendenhall, had been one of the last Saints to leave Nauvoo. He helped finish the original temple structure.“We wanted to find his home,” she says, “and we did. What made it especially wonderful was that as I stood on the porch to have my picture taken, the people living in the home opened the door and gave us a tour. They are missionaries living in the old homestead, and I was thrilled when I found a picture of my great-great grandfather in the basement. It was thrilling.”Judging from surveys taken at the end of each tour, seeing the temple was clearly the highlight. More than 98 percent of the participants rated the tour as either “excellent” or “good.” Also high on the list was the affordable price (starting at about $500 per person, depending on airfare).“Thank you for your efforts to make it such a wonderful experience,” wrote Laurel Nielsen, ’84, of Fairfield, Calif., to her tour hosts. “Your spiritual thoughts, patience, cheerfulness, organization, flexibility, and thoughtfulness made such a big difference.”INFO: For information about other alumni tours, contact Reid Robison at 801-422-6749.

An emeritus BYU math professor has unlocked a door to Indian family history.

Operating a bed and breakfast in Nauvoo provides David and Diane Owen a chance to immerse themselves in Church history.