Taking It to the Big Screen 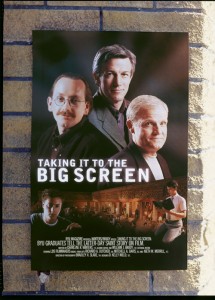 BYU English graduate Mitchell A. Davis, ’82, worked in Hollywood for six years before beginning a more-than-10-year odyssey that culminated in December 2001 with the release of his own film. Called The Other Side of Heaven, the movie chronicles the missionary experiences of Elder John H. Groberg, a member of the First Quorum of the Seventy of The Church of Jesus Christ of Latter-day Saints. Based on Elder Groberg’s books about his Tongan mission, Davis’ film was an independent venture, an attempt to break from traditional Hollywood and tell the Latter-day Saint story. 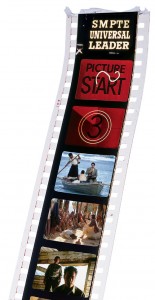 “Before leaving Los Angeles, I had worked for Disney Studios in its creative group as part of a team of executives who develop the screenplays that become movies,” Davis says. “I was privileged to have a small role in such films as The Rocketeer, Newsies, White Fang, and Dead Poets Society. Yet I was a tiny cog in a very big wheel and had very little to do with actual filmmaking. I was a studio suit, and when I later left Disney to work at Columbia, it was in a similar capacity.”Davis says he began looking at the people who were succeeding in the movie business and realized that he did not want to be like any of them. “I developed a theory I call ‘survival of the unfittest.’ This means that the people who usually rose to the top were the people ready to stoop to the lowest levels, or who were willing to ‘eat their young,’ as they say in Hollywood.”Also dissatisfied with his early film experiences was Richard A. Dutcher, ’88, of Mapleton, Utah. When he left BYU with a film degree, he thought he had learned the fundamentals of movie making. Five years later, after many stops and starts, he produced his first feature-length film, a romantic comedy called Girl Crazy. Dutcher completed the cable TV movie for a mere $55,000, an accomplishment that was possible only because he wrote, produced, directed, and starred in the film.

With Girl Crazy, he learned how to take a film from conception through distribution, but he also became aware of something else.“Right after my experience with that first film, I told myself I had spent too much of my life on something trivial,” he says. “I decided if I was going to be involved in an industry that is so risky, I wanted to do films I was proud of, regardless of whether they made money. I became so nauseated with the whole Hollywood system that I turned my back on it.”The results of that decision are two films that clearly reflect his religious faith: God’s Army and Brigham City. A third movie, The Prophet: The Story of Joseph Smith, is projected for a spring 2003 release.Davis and Dutcher are part of a number of BYU graduates who are emerging as filmmakers whose work directly reflects their religious roots. They are breaking new ground, producing the first major films by and about Latter-day Saints. And their creations are finding success and capturing attention. Dutcher’s films received critical acclaim and recouped their production costs many times over. God’s Army went on to play in 240 cities and gross $2.6 million, making it one of the top 50 independent films of the year. The Other Side of Heaven grossed more than half a million dollars in its first two weeks, and its opening-weekend per-screen average of $29,175 was 11th best in the nation in 2001. 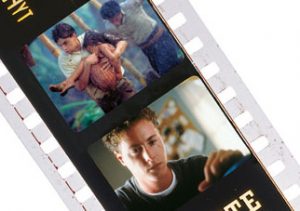 The impact of those misperceptions is vast given the global reach of Hollywood-produced motion pictures. Davis explains, “Never mind the theater. There are now so many ancillary distribution streams that disseminate Hollywood movies into every nook and cranny of the world. On average, a moderately successful, U.S.-produced film is seen by almost a billion people in its first two years of distribution once it is released on video and DVD, satellite and cable, and on TV. Make a movie that makes Mormons look bad and, two years later, almost a billion people across the world will have seen it. The good news is the opposite is also true if you make a movie that builds common ground between Mormons and the rest of humanity.”TELLING OUR STORYAlthough making any film is demanding, Merrill believes specific challenges exist for filmmakers who are members of the Church. “I’ve been puzzling about that since I won the Academy Award,” he says. “There are challenges for any artist who believes in the gospel. Art by its very nature invites us to overstep boundaries and explore hidden worlds, to push our limitations, and to define society through the media we have. At one end of the extreme, you can say the gospel enables us because it defines us, and we can interpret the rest of the world through eternal truth. The other side of the equation is a sense of restraint, a sense of containment that I think is limiting. You struggle against it because you run into the wall of your own sensibility, placed there by your faith and your testimony. So you don’t explore some topics and some feelings and some sense of your creative discovery to the extent that you would or you could.”He asserts that one of the primary objectives of being an LDS filmmaker should be to define priorities and live by them, something that requires courage in the difficult business of film.

While Merrill adds that he recognized early on that a great movie is not all there is to life, Swenson suggests film is, nevertheless, a vital medium. “You can make a convincing argument that film has become the literary form of our time. It certainly is the basic and most pervasive medium to which children are introduced. When you add television and the Web to film, you have our most common forms of discourse. Despite this, some people think the best way to deal with film is to avoid it. While you and your family may choose not to see it, we live in a society where film influences everything from T-shirts to the games children play. If you turn the field completely over to people only concerned with celebrity, money, and the bottom line, you are abandoning your society. I applaud the Mormon filmmakers who are trying to make a difference.”Dutcher says he believes the day is coming when LDS filmmakers will need to come together. “I hope we will have a community of moviemakers who support each other, because we have a powerful story to tell, and we need more than a handful to tell it.”Merrill agrees. “I have often mused about who and what I’d be as an artist if I had never known anything about the Church, but my interest in knowing is overpowered by my gratitude for having been blessed by the gospel and the Church. I want to be totally supportive of any filmmaker in this Church who wants to tell our story in a positive way.”web: For information about other recent LDS movies produced by BYU alumni, see magazine.byu.edu/extras.