Repaying a Debt of Gratitude 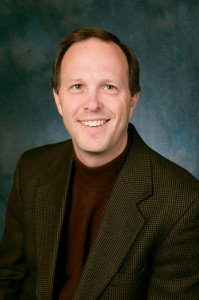 As an undergraduate at BYU, Carr C. Krueger, ’85, remembers walking with a friend and noticing then-BYU president Jeffrey R. Holland, ’65, leave the administration building and head toward the Marriott Center for a Tuesday-morning devotional.

Initially President Holland was no more than 10 feet from Krueger and his friend, but as he headed north, the distance between them began to increase. “He was clearly more anxious to get to the devotional on time than we were,” Krueger explains.

In what Krueger ascribes as his “youthful irreverence” and with thoughts of being clever, he muttered loudly to his friend, “You’d think he’d at least slow down to say hello to a couple of his students.”

It was then he learned a lesson that has remained with him the rest of his life. Without a pause in his step, President Holland simply stated in a voice loud enough for Krueger to hear, “I have much to do, but if you will step up with me, we’ll walk together.”

Krueger has spent nearly 25 years considering and learning from this brief conversation. He realized that when a leader speaks, even seemingly insignificant dialogue can have a lasting influence. He says he has come to understand the nature of forgiveness. “While the natural man might have started the response with, ‘Listen, you little twerp,’ the president chose instead to say something to uplift,” Krueger says.

In that moment, President Holland also taught him about good works and invited him to participate.

“While reaching out to me, he wasn’t distracted from the bigger picture concerning what he was about and what he was called to do,” Krueger says. “He encouraged me to lengthen my own stride when he said, ‘Step up with me.’ And he didn’t tell me what to do, but led with example.”

The brief and embarrassing five-second exchange left Krueger with a desire to accelerate his service to BYU and the students it produces.

While at BYU, he was involved in student government, served as a representative on the Student Advisory Relations Council, and was selected to be the Student Alumni Association president.

The first thing Krueger did upon graduating was locate a BYU Alumni Association chapter near his home in Seattle and participate in the new student send-off committee for three years. He then became a board member and president of the Seattle BYU Management Society and later worked on the Marriott School alumni board before becoming its president. He accepted a position on the Alumni Association board in 1999.

His current assignment, which began in April, is a two-year position as president of the Alumni Association.

“I serve BYU because many of the defining experiences of my life were obtained there,” he says. A convert, Krueger says BYU solidified his testimony of the gospel of Jesus Christ and confirmed his desire to fill a mission. While a student he met his wife, learned the basics of his occupation, and learned to serve. “I’m just repaying a debt,” he says, which is what he encouraged 2004 graduates to do when he spoke to them at commencement in April.

As the new alumni board president, Krueger plans to be part of an ongoing effort to sustain and enhance the existing elements of the association while helping students grow and develop an uncommon loyalty to BYU. With others, he wants to help craft and define future domestic and international needs and advance integration efforts among the three BYU campuses. Underlying all of this is his passion for fund-raising.

“It is amazing what BYU has provided me,” Krueger says, “and I consider the greatest honor any alumnus can get is working on an alumni board and serving as its president. For an average Joe like me, the opportunity to serve and contribute in this fashion is an enormous privilege. Rather than repaying the debt, I feel I owe BYU more now than ever.”

Out of Class Lessons

Education is not always found in the classroom. Often it comes as we bumble our way through life.

Through satellite technology, BYUTV has expanded the university community by millions.