On a cold evening in fall 1955, freshman Henry L. Whiffen (’59) and a group of his friends were thrilled when faint snowflakes started floating over BYU campus. “It was the first time we’d seen snow,” recalls Whiffen, who grew up in California, “and we had to make the most of it.” As the storm picked up, the group recruited some young women who lived in the Knight Mangum Building to sled with them on metal trays borrowed from a campus cafeteria.

“That was a really great era,” says Whiffen, who paid for school by working in the BYU Bookstore, then located in the Harold R. Clark Building. He and his classmates from 1959 will celebrate that era at a reunion during Homecoming 2009. 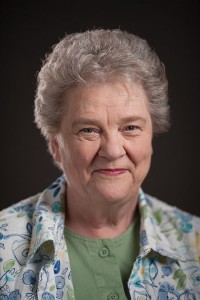 Pamela Paine and her class will celebrate 50 years.

On the 50th anniversary of his class’s graduation from BYU, Leo A. Weidner (BS ’59) also reminisces fondly on days gone by. “It was just fabulous,” he says. “There was so much spirit, and we were very, very close. You just knew everyone.”

Of course this comes from Weidner, who, as freshman class president in 1955, had plenty of connections. Not a member of the Church when he arrived at BYU, Weidner was touched by the goodness of his classmates and by his LDS brother’s example. “I was the first person baptized in the first BYU stake,” he says.

Pamela Johnson Paine (BS ’59) recalls informal matinee dances and the annual whitewashing of the Y. “The activities fostered friendship and companionship for the whole student body,” she says. For Paine, BYU was the beginning of lifelong associations. “Everywhere I’ve lived I’ve kept in touch with roommates and other alumni. We’ve always been interested in each other’s lives.”

How many games of H-O-R-S-E and 21 and Around the World can be fit into a childhood?

Rusesabagina recounts his story and encourages all to have greater social awareness and responsibility.