Blessed be anniversaries, jubilees, centennials, sesquicentennials, and the like. I suppose that most of us sojourning wayfarers become reflectively chin-quivery and choked-up on almost any occasion that allows us to get some distance on our little lives and dailinesses and to see ourselves from a larger, spiritual, visionary perspective as belongers and thus contributors to the Grand Mortal Parade of God’s offspring–whether to families whose well-intentioned but struggling members have simply kept on going; or to a thriving university engaged in the great experiment of absorbing secular truths into spiritual Truth; or to a state, a region, a nation, and a divine church, all struggling nobly and valiantly, decade after decade, to keep their visions and stay their courses. 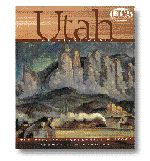 Because we are indeed integral parts of, and contributors to, the unfolding histories and destinies of these institutions, we are stirred, especially during times of celebration of landmark events in their histories, by books which recount Great Occasions. Reading retellings and reinterpretations of these events clarifies our vision by evoking our admiration for men and women in earlier eras who lived similar human lives, shared similar values, and engaged in similar struggles. Such accounts, informing as they do our insights into their times, lives, and works, help us to clarify our objectives, readjust our own sights, and live our private and institutional lives enriched by their experience and vision.

It is wise to look, see, and ponder. In this spirit I direct your attention to a few of the many recently published books which recount various aspects of the Mormon settlement of the Great Basin and the lives of all sorts of men and women who figured in its story. Perhaps the best way to begin is by reading the best and newest history of the state, Thomas G. Alexander’s Utah, The Right Place: The Official Centennial History (Gibbs Smith, 1996; 487 pp.; $29.95). A pleasure to read, cover to cover, Utah, The Right Place presents the clearest picture I have read of Utah’s earliest inhabitants, and, throughout, of the interaction of Utah’s various inhabitants with the region’s unusual natural environment. In his skillful telling of “how Utah came to be what it is today,” Alexander, a BYU professor of history, has not only captured the remarkable 19th-century emigration and settlement saga, but, unlike earlier histories of Utah, spends more than half the book in chronicling the issues and events which have forged the state of Utah in the 20th century. This is a fine book!

With sharper and more intense focus, another kind of history, Utah in the 1990s: A Demographic Perspective (Signature, 1996; 294 pp.; $19.95), edited by Tim B. Heaton, Thomas A. Hirschi, and Bruce A. Chadwick, draws upon the 1990 U.S. census and reports and surveys from several state and national agencies to present a fascinating portrait of demographic, social, and economic conditions in Utah in the mid-1990s. The editors and 16 other economists and sociologists show through 17 chapters the impact of demographic changes in Utah of the LDS focus on marriage and family, educational attainment, social and economic inequality, and patterns of consumption.

Susan Arrington Madsen’s two books, I Walked to Zion: True Stories of Young Pioneers on the Mormon Trail (Deseret Book, 1994; 182 pp.; $12.95) and Growing Up in Zion: True Stories of Young Pioneers Building the Kingdom (Deseret Book, 1994; 194 pp.; $14.95), contain first-person accounts of children and teenagers who, in the former book, made the long trek and, in the latter, grew up in the Mormon settlements. Collectively, these accounts humanize the Utah saga. Looking at these same children in pioneer Utah, but from behind the schoolteacher’s desk, is Joyce Kinkead’s A Schoolmarm All My Life: Personal Narratives from Frontier Utah (Signature, 1996; 240 pp.; $17.95).

Kinkead, professor of English at Utah State University, has assembled 24 personal narratives of women schoolteachers on the Mormon frontier. Studying the Mormon schoolmarm in contexts of western and women’s studies–her impetus being the fictional schoolmarm Molly Start Wood in Owen Wister’s The Virginian–Kinkead concludes that “Early Mormon schoolteachers were uncommon women. . . . They developed as individuals with strong voices.”

Richard Neitzel Holzapfel’s photographic essay, Their Faces Toward Zion (Bookcraft, 1996; 221 pp.; $34.95), recounts, in -color, in black and white, and in the words of the Mormon emigrants, the several gatherings of the Saints. These gatherings, beginning with the gathering to Kirtland and culminating with the trek to the valleys of the Wasatch, continued over 83 years, from 1830­1913. 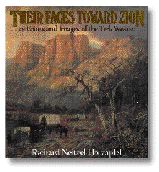 Among other different approaches to sesquicentennial history is Paul Thomas Smith’s Prophetic Destiny: The Saints in the Rocky Mountains (Covenant, 1996; 90 pp.; $12.95). Smith collects numerous hard-to-find stories from Latter-day Saints who were contemporaries of the Prophet Joseph Smith, together with prophecies and revelations, ancient and modern, which testify of the eventual relocation of the Saints to the Rocky Mountains. Karl Ricks Anderson, in Joseph Smith’s Kirtland(Deseret Book; reprint, 1996; 286 pp.; $13.95), proffers a history of the sweet and sour Kirtland era, 1831-1838, and rich insights into the life and leadership of the Prophet Joseph as reported in contemporary journals, diaries, letters, and published articles of Saint and Gentile.

A related kind of history especially useful to Latter-day Saints during this year’s study of the Doctrine and Covenants is Professor Richard O. Cowan’s Answers to Your Questions about the Doctrine and Covenants (Deseret Book, 1996; 167 pp.; $16.95). Grouping the revelations into historical units, such as “Gathering in Ohio, D&C 41­51,” Cowan presents a brief historical setting, then poses questions arising from the sections and gives very useful answers, carefully grounded in the statements of General Authorities.

In a very different kind of history and approach, Kent P. Jackson, in From Apostasy to Restoration (Deseret Book, 1996; 273 pp.; $16.95), chronicles clearly and cogently the various missteps which resulted in the total doctrinal and ecclesiastical apostasy of the early Christian church. Jackson revisits, succinctly but thoroughly, topics which have not been as well reviewed since James E. Talmage and James L. Barker treated them earlier in the century. He then leads us, stepwise, through the restoration of the long-lost gospel, which unfolds incrementally and at the Lord’s own pace, in the First Vision, the translation and publication of the Book of Mormon, the restoration of the priesthood, the founding of the Church, the restoration of keys, and the continuing revelations to Joseph Smith and his successive Restorers.

Histories of the Prophet Joseph Smith, Jr., are foundational to celebrating the Mormon pioneer sesquicentennial. It was he and his vision which both pushed and led them forward. The Prophet and His Work: Essays from General Authorities on the Restoration (Deseret Book, 1996; 158 pp.; $14.95) is a strong collection of well-written essays by all three of the First Presidency, seven Apostles, and three members of the First Quorum of Seventy. In this rich collection of personal testimony and scholarly examination, these Brethren consider various aspects of the Prophet Joseph Smith’s life and mission.

Joseph Fielding McConkie and Robert L. Millet, in Joseph Smith: The Choice Seer (Bookcraft, 1996; 402 pp.; $19.95) approach Joseph Smith and his various roles as “A Revealer of Truth,” as “A Legal Administrator” of the Kingdom, and as “Prophet and Seer” of the Most High. Founding their examination in history, scripture, and testimony, they examine “the Prophet’s greatness as teacher, priesthood leader, and restorer.” An extraordinary and foreordained man, Joseph, remains one “whom,” he reportedly said, “people little know, . . . and [whom] they never will know until” eternity. “Then they will know who I am, and see me as I am. I dare not tell them” (xxvii).

I thought I was beginning to know Brigham Young, that key figure in the pioneer sesquicentennial, until Susan Evans McCloud’s Brigham Young: A Personal Portrait (Covenant, 1996; 303 pp.; $16.95) brought him closer. Drawing on three decades of service as a docent at the Beehive House and as many as a writer, McCloud has penned a “personal portrait” of Brigham Young which brings him closer to us than ever before.

Her reporting of Brother Brigham’s tender relationship with his wife Miriam, who died within weeks following her baptism, leaving Brigham with two little daughters, is poignantly compelling. And as Brigham marches off with Zion’s Camp, McCloud introduces us to Mary Ann Angell, his second wife, pregnant with her first child, living in poverty, deeply concerned for Brigham’s welfare, and charged to care for and “win the affection of [Miriam’s] two little girls” who had been “snatched a second time from the arms of a loving mother, for so Vilate Kimball had been to them” since their mother’s passing. As those girls later attested, Mary Ann succeeded beautifully. And so does Susan McCloud!

Next time: books on matters of the soul and some current LDS fiction and humor.

Richard H. Cracroft is a professor of English at BYU and director of the Center for the Study of Christian Values in Literature.