Students who seek degrees in later seasons of life tell some inspiring stories.

For Ione Johnson Simpson (BS ’73), life changed irreversibly in 1969 when the kayak she and her husband were navigating overturned in the Snake River near Island Park, Idaho. She survived; her husband did not.

As the 51-year-old mother of five contemplated what to do with the rest of her life, she decided to tackle higher education. The nontraditional student earned a bachelor’s degree from BYU and a master’s degree from the University of Utah, both in social work. Over the next decade, she placed several hundred babies with adoptive parents and worked with unwed mothers and prospective parents through LDS Family Services. “She inspires us, and four of her grandchildren have become social workers,” says Joan Bradley Simpson (BA ’67), a daughter-in-law.

Simpson is among thousands of alumni who have studied at BYU on a nontraditional time schedule. Their entry or reentry to the university at a later age may give them something in common, but their circumstances differ. Some are married; others are divorced, widowed, or never married. Some have children; others do not. Economic necessity may be a driving force for some; others may need a degree to advance or change careers, while others simply desire personal growth.

Nervousness is common among returning students. May Anderton Ryan (BA ’12) described her trepidation in an English paper after reenrolling at BYU: “Spending the past seven years away from the classroom and in the workforce has done little to prepare me to return to a university environment. My critical thinking ability has decreased; I could not analyze my way out of a paper bag. . . . My sleeping habits and attention span do not promote reading for any considerable amount of time. . . . The extended hiatus has dulled my intellectual chops, has more distinctly shriveled parts of my brain.” And yet Ryan adapted to the rigors of university life and graduated with an English degree in her mid-30s. 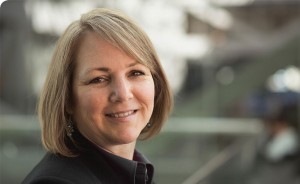 After spending more than 25 years raising her children and sometimes working part-time, Cindy Herron Glad (BA ’87) has returned to BYU to earn an MPA degree.

Each nontraditional student has a story. Carol Arnold Otto (AA ’74, BGS ’04) of Federal Way, Wash., for example, left BYU after two years to get married. In the ensuing years her husband, Raymond E. Otto (BS ’78, MS ’80), earned two degrees in biology and their four children attended college. Finally, it was her turn. “I vacuumed myself out of my life in Federal Way and went to school, living in the upstairs apartment of my son and daughter-in-law’s duplex,” she says. “My husband flew to see me every other weekend.” She would often walk with her son to a psychology class—he was the teacher, she the student. Her BYU degree, more than 30 years in the earning, helped her land a job as an executive administrative assistant for a Washington hospital, where she was named employee of the year in 2010.

Not having a degree had become a professional stumbling block for Lawrence W. Shane (BIS ’94), the parks and facilities manager for St. George, Utah. “Even though I had taken every ornamental horticulture class offered in the evening at a local community college, I was not eligible for a supervisory position without a degree,” says the father of seven. At age 35 he used vacation time to attend BYU then used Independent Study to complete a bachelor’s degree by the time he was 41. He’s now working on an online master’s degree in environmental horticulture from Texas Tech University. He says going back to school was by far the hardest thing he has ever done, but it paid off. He now manages parks, right-of-way landscapes, city buildings, and the city parks staff. Additionally, a local college hired him to teach classes.

Robert E. (EdD ’01) and Mary Dahlberg Wolfersberger (EdD ’98) of Topeka, Kan., took a sabbatical from teaching positions in California for doctoral work at BYU. Robert was 49 and Mary 46. “Mary was always an excellent student, but I entered graduate school with serious doubts about being able to cope,” Robert says. “What I discovered was that 26 years of teaching experience put me at the head of a very bright but young cohort of doctoral candidates. . . . I took courses from some phenomenal professors, whose lectures were peppered with authentic, personal experiences. I never wanted graduate school to end. . . . On the few occasions I have been able to return to Provo, I wander the campus just to reminisce.”

“Most of our nontraditional students come to us afraid of competing with smart, young kids,” says Karen Miles Evans (BS ’73, PhD ’05), director of the University Advisement Center and herself a former nontraditional doctoral student. “[But] they are focused and end up being wonderful students.”

Some students apply for admission to a degree program while others attend BYU Evening Classes. Another pathway is the Bachelor of General Studies (BGS) Program, available for former students who have earned at least 30 credit hours on campus. More than 1,000 students were enrolled in the program in January 2014, with 87 percent being female. 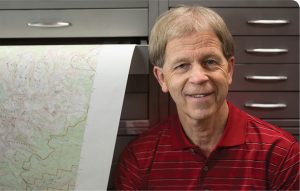 Glenn A. Parks (’14) of Eagle, Idaho, worked construction until his back gave out. Now a geography major at BYU, the 59-year-old is discovering he can be a straight-A student.

Steven W. Taggart (BS ’81, MBA ’89, PhD ’00), director of both the BGS Program and BYU Evening Classes, continually encounters women who want to be examples for their children and grandchildren. An added bonus for these women, he says, “[is the] enhanced confidence that comes from finally getting that diploma.”

Evans cites many successes: “A $7-an-hour vacuum repairman who now teaches at a charter school; an artist who tried business but eventually found her joy teaching art. Each case is different, and we work hard to make sure we give helpful, individualized counseling.”

In February 2014 Taggart and Continuing Education dean Wayne J. Lott (BS ’68, MS ’69, PhD ’75) flew to Sacramento, Calif., to award a BGS degree to Collette Bassett Cook (BGS ’13), a 52-year-old battling terminal cancer. They wanted to ensure she would receive her diploma in person.

Those who return to BYU via the BGS Program find plenty of cheerleaders. “I remember a woman who had only two classes to complete her BGS, and she called us to drop out,” Taggart says. “We persuaded her to finish. When she graduated, her parents, daughters, and husband accompanied her to campus. Only then did I learn she had been diagnosed with multiple sclerosis, and the disease had made her studies difficult. Her husband was crying like a baby because he was so proud of her.”

Alumni use their BYU educations to serve their communities, neighbors, and families.

These BYU grads boarded a ship for the Caribbean, but it was no cruise. They were there to help and offer medical aid.

SUU honored the late Morris A. Shirts for his long and distinguished educational career.