In The Mayan Jungle 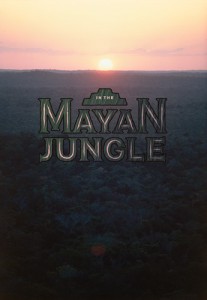 In a World War II prison camp, Ray Matheny learned to survive. In the jungles of Central America, he put that skill to practice as he battled poisonous snakes, illness, and skepticism to bring Mayan culture to light.

It was minus 56 degrees Celsius at 25,000 feet on the morning of Jan. 4, 1944. The B-17 bomber came equipped with bombs, guns, sophisticated navigation equipment, and a crew of 10 men. But no heater. The crew had only heated flight suits and adrenaline to stave off the chill.They couldn’t touch the inside of the plane because their skin would stick to the frozen metal. The oxygen they breathed through masks was frigid, filling their lungs with arctic blasts on every breath.At age 18 Ray T. Matheny was the flight engineer, under the direction of a 20-year-old pilot and 23-year-old copilot. The eldest member of their crew was a 28-year-old who kept the “kids” in check. They called him the Deacon and themselves the sinners. Their plane they dubbed the Deacon’s Sinners.The assignment that morning was a submarine raid at Kiel, Germany. The overcast skies were full of planes—all flown by kids, recalls Matheny, ’60, now a BYU anthropology professor.Matheny’s bomber successfully dropped its load and had turned for home when it was attacked by German fighters. Matheny and a fighter exchanged rounds. Soon the fighter’s propeller seized. The disabled plane was headed right at them.“I yelled over the intercom to ‘jump it,'” Matheny says. But immediately there was a terrific explosion that threw Matheny out of his turret. “I knew we had a dead airplane. Nobody had to tell me to bail out.”He reached for his parachute and clasped the right side, but as he reached for the left, he couldn’t lift his arm and he was pushed to the floor. The plane was in a flat spin. He craned his head to see the cockpit. The pilot was fighting the controls, but both he and the copilot were being smashed into their seats by the force of the spinning bomber. “There was no way they could get out of the plane.”Matheny dragged himself down a corridor toward the escape hatch. The plane was coming apart and he had to crawl through wires and debris, rolling to keep the blood in his head. When he got to the hatch, he saw another crew member struggling to reach the escape hatch, but the spin pinned him on his back. Matheny was too far away to help him.Matheny managed to pull the pins that held the hatch. But the fuselage of the plane was so twisted the door didn’t release. His oxygen supply didn’t reach that far and he was losing blood to his brain. With his last strength he pounded the door. And then he passed out.He awoke free-falling in the icy air. For a few dreamy moments he didn’t know where he was. The bomber had exploded, blowing Matheny out the unlocked hatch. He came to in a start and grabbed the rip cord. Still hooked just to his right side, the parachute ripped open and displaced his left ribs.As he drifted to earth, fiery pieces of his plane streamed past, some small bits slipping off his silky, white canopy. “It was surreal to see my airplane coming down in thousands of pieces around me.”When he neared the ground he was headed toward power lines. “They didn’t give us much training on these parachutes—about 15 minutes’ worth—so I didn’t know how to control it,” Matheny remembers. He collapsed the chute and fell to the earth, crashing through the ice of a frozen canal.“I just crawled up on the ice. I didn’t care. I was so happy to be alive.”Matheny was found and taken prisoner. He spent 16 months in Stalag 17B, the infamous Nazi prisoner-of-war camp in Krems, Austria. There he suffered malnutrition, sickness, and mental and physical trauma, culminating with an 18-day march to his liberation at the Western Front in April 1945.“All that World War II experience in prison and everything taught me how to survive,” Matheny says.Matheny has become expert at surviving. Today at age 76, Matheny is speculated by colleagues to be the oldest practicing archaeologist tied to a university in the United States. He has spent decades studying in Mexico and Guatemala, and his cravings for exploration and discovery have also taken him on digs in Israel, southern and central Utah, Peru, Chile, and Adam-ondi-Ahman, Daviess County, Mo.These expeditions have taken him to the deepest jungles and darkest caves of Central America. He has contended with poisonous snakes, swarming bees, and stinging ants to discover Mayan mysteries; he has suffered injuries ranging from blows to the head down to the loss of all his toenails in order to document evidence; and perhaps most challenging of all, he’s battled doubting and sometimes angry colleagues to convince them of discoveries.Those hard-won discoveries include identifying preclassic Maya cities with an advanced and sophisticated society, moving the date that the Maya achieved civilization a full 500 years earlier than previously believed; discovering hydraulic and agricultural systems that explain how the Maya survived in their rugged tropical climate; and conducting studies on a wealth of pottery collected along the Yucatan coast in Mexico. 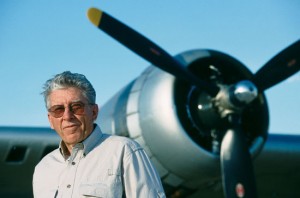 The Pottery of AguacatalIt was the pottery studies that gave Matheny his start. He didn’t begin studying archaeology until he was 32 years old, a freshman at BYU with his wife and four children in tow. Anticipating an aviation career, after the war he worked as a mechanic for Western Airlines in Los Angeles, served in the Air National Guard, and did a tour of active duty during the Korean War. But upon arriving at BYU, Matheny was told by a misguided counselor he was too old to pursue engineering. So he took up archaeology.Matheny went on his first dig in 1961 as a graduate student. Under the direction of two anthropology professors, he and a group of students set off for Aguacatal in Campeche, Mexico. They drove to Mexico City to complete their paperwork, but officials took their passports and visas and refused to return them. Not knowing what to do, the students continued on their journey to the Yucatan Peninsula and began their dig. 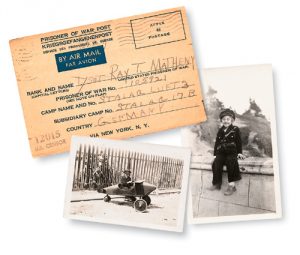 Even at age 4 Matheny had a budding interest in flight (above). A year later he climbed into a Waco 10 biplane for his first plane ride. He would later use airplanes in his career as an archaeologist.

They spent four and a half months working in mosquito-infested swamps. They encountered unbearable heat, bad water, and unyielding illness. Matheny was sick for 60 days straight.When the dig was finished, the students piled back into their van and headed north to Mexico City with Matheny at the wheel. Still without identification, the group became creative about crossing state borders. At one intense encounter, their saving grace was the Daily Universe. Without paperwork the only thing they had to corroborate their story was a send-off article published in the school paper. Satisfied with that evidence, the border inspector sent them on their way.The trip sent Matheny on his way, too. He wrote his PhD dissertation based on the pottery he collected and studied in Campeche. It was published and has become a significant work in preclassic Maya pottery studies.“That’s when I first realized I had something to contribute,” says Matheny. To date his study is the only published work focusing on that region. 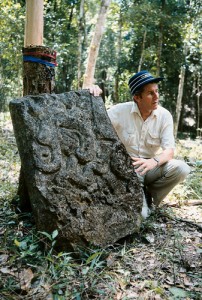 Some 20 years ago Matheny dug into El Mirador in the Guatemalan jungle and found it to be the oldest known Mayan city. In 1987 he wrote an article for National Geographic detailing his findings at the site. 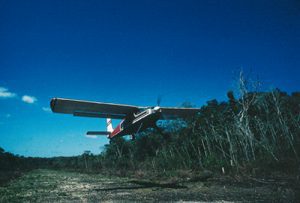 After a three-day trek to El Mirador, Matheny decided to make the site accessible by air. He and his crew took to the forest with machetes and chain saws and created an airstrip in the jungle.

“He’s always been very good to share his work,” says Glenna Nielsen-Grimm, ’74, a part-time faculty member in the Anthropology Department who first met Matheny in 1972 as a student at his field school in southern Utah. “Most of his work was published as the master’s theses of his graduate students. He’d go out and run the digs and the graduate students were allowed to use the material they helped with to write their theses. Other professors would write it up and publish it for themselves.”“One of the most meaningful things I do is expose other people to new ideas. That’s why I enjoy teaching,” Matheny says.But Nielsen-Grimm adds a qualifier: “His forte really is field work. I’ve always said lecturing in the classroom is not the best way to see him. When he gets you out in the field, he can show things to you and explain things to you so well. He’s inspired out there.”Although he is some 11 years past normal retirement age, there is still a chance to catch Matheny in the field. His current projects include the completion of the work started by his graduate professors in Campeche, the study of ancient DNA in Peru and Chile, and ongoing studies in Nine Mile Canyon in central eastern Utah.Nielsen-Grimm doubts that he’ll ever slow down. “He’s like the Energizer bunny. He just keeps going and going and going.”“I decided not to retire yet; I’ve got too much to do,” he says with a chuckle.

Lisa Ann Jackson is an editor and writer in the San Francisco Bay area.web: It was found once in 1840. Then again in 1940. More than 20 years later, Ray Matheny trudged through a thick Mexican forest hunting for the Mayan city of Santa Rosa Xtampak. It was his third attempt. Visit us online at magazine.byu.edu/extras to read about Matheny’s adventures discovering the lost city.Also online, * read about the Daedalus Project, a BYU honors class cotaught by Matheny, in which students must “build” an airplane to fly off an uninhabited island;* learn about Matheny’s ingenious solutions to unexpected problems in the field; and * read an account of Matheny’s 18-day march from Stalag 17B, a Nazi prisoner-of-war camp, past the Mauthausen concentration camp, to liberty in 1945.

Island of the Forgotten