According to current Cougarettes president Megan Gee Phillips (’13), “perfection is unattainable.” But the Cougarettes came close when they took the stage at the National Dance Alliance (NDA) Championships in Daytona Beach, Fla. 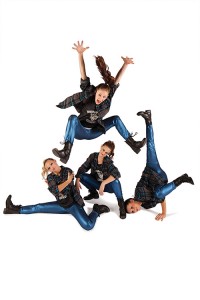 Their highly technical yet entertaining hip-hop routine received perfect 10s in all eight categories from one of the five judges and consistent 10s from the other four, securing BYU the national hip-hop title for the second year in a row. The Cougarettes’ final score: 9.984.

While the phenomenal score stunned the team, BYU’s hip-hop talent surprised the competition—again. After all, who’d guess that 20 girls from a university in Provo would excel at a dance movement born in the inner city?

Before branching out to compete in hip-hop, the Cougarettes certainly built a reputation in the team dance category—winning eight NDA team dance titles. Adding hip-hop to their repertoire, it seems, came easy. “When you’re a good dancer [with] a lot of technical training, you can do pretty much anything,” asserts Coach Jodi May Maxfield (’80).

But the team’s technical training is only part of the Cougarettes’ hip-hop success. Their consistent dedication to good, clean choreography is particularly notable in a dance style that is sometimes suggestive. As Phillips says, “We show that you can still be really good and still be champions without lowering your standards.”

What’s next for the team that has won 10 NDA titles in 15 years? The Cougarettes are going abroad, participating in the July 2012 Prague Dance Festival—the group’s first international competition.

A Lineup of Champions

The BYU rugby team added a second national championship to its history.

The Cougarettes and the BYU men’s rugby team just keep winning. But which team is more impressive?

Nothing is worth forfeiting the integrity, the goals, and the ideals of this institution.