A sportswriter once asked Val Hale, then BYU sports information director and now athletic director, “Does God care if BYU wins football games?” I’ve given this question a good deal of thought in the broader arena of all sports.Whether the Lord cares or not is unknown, but one thing is clear: athletics has become a religion. Some sports at BYU have been raised by fans to the level of idol worship. In the minds of these fans a winning program is more important than the principles upon which this institution was founded.At the 1996 BYU Annual University Conference, BYU President Merrill J. Bateman quoted President James E. Faust of the LDS Church’s First Presidency: “Brigham Young University is a continuing experiment in whether a university whose board of trustees comprises prophets, seers, and revelators can remain a first-class university and not become secularized.”In response, President Bateman cautioned, “The divine mission of BYU is always at risk. The experiment will succeed only as long as the vast majority of the BYU community believes in and is committed to the university’s divine mission” (“The Mission of Brigham Young University,” Addresses Delivered at the 1996 Annual University Conference, p. 10).I echo President Bateman’s comment that the divine mission of BYU is always at risk, and I add that this is especially so in athletics.Let me paraphrase President Bateman’s words: Athletic programs will succeed only as long as coaches, a majority of team members, and supporters are committed to the dual nature of BYU‘s mission. Coaches must not be so single-minded that they forget the sacred and spiritual nature of their endeavors. 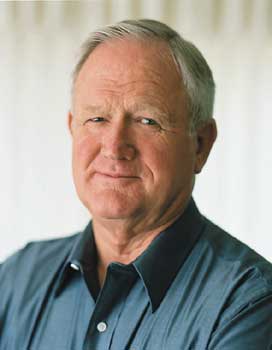 Sometimes coaches are convinced that one or two athletes are indispensable to their team’s success. Can we be justified in overlooking flagrant violations of BYU standards in order to protect such athletes? If so, we make a mockery of the values that underpin the university.Perhaps this can be put in perspective by an event that took place in 1954. BYU‘s basketball team was 3-11 in the early season and going nowhere. Our most outstanding player was dismissed from school. When this athlete left the team, attitudes changed, discipline was restored, and another player, Herschel “Bones” Pederson, replaced him. The season was turned around: the team finished second in the conference with a 10-4 conference record. Interestingly, “Bones” was one of those, rare for his day, returned missionaries.It is clear to me that it is appropriate at times to dismiss athletes who will not abide BYU‘s standards, notwithstanding the condemnation of the press. Upholding the Honor Code will not result in unsuccessful seasons. It becomes increasingly important that we have athletes who are committed to the dual aims of education at BYU.As I’ve watched our teams perform, I’ve been impressed with the excellent level of play and generally impressed with the conduct of our athletes. However, in recent years I have been increasingly distressed by the inappropriate behavior of fans. Last season I attended a BYU basketball game and was very disappointed to hear our fans in the student section yelling when they disagreed with the call of an official.I remember playing at BYU when then-President Ernest L. Wilkinson took the mike and asked fans not to boo officials. This seems almost laughable today. Over the years the behavior of BYU fans has deteriorated and now mimics the behavior seen in arenas around the country—although it is a bit less obscene.Do BYU fans lose something as a result of poor sportsmanship? Yes! As we embrace the behavior of the secular world, we lose our distinctiveness regarding the sacred. More important, we individually lose the companionship of the Holy Spirit.I would like to illustrate this by using the example of Boyd Jarman, a former BYU basketball player who is now an LDS patriarch. He recently described his experience as a fan. He told me he went to basketball games, yelled at the officials, and got mad at them, the coach, and players. He then talked about trying to give a patriarchal blessing. There was no inspiration because the Spirit would not come to a man who had been temporarily angry. He realized that because of the current atmosphere he had to either stop going to basketball games, change his attitude and behavior, or stop giving patriarchal blessings. He stopped going to the games. I don’t believe it is necessary to stop attending games, but we must control our appetites and passions.To demonstrate that athletic programs are at risk as we try to mesh the sacred and secular, let me review history. Years ago there were great all-Church basketball tournaments. They are no more. What happened? I was athletic director of Zone 22, which included much of Utah County. Every ward had a team. Stake champions came to the zone tournament, and the winners went to Salt Lake City for the big all-Church tournament. The last year the tournament was held we played the zone championship game in the Pleasant Grove High School gym. Prior to the tournament we emphasized sportsmanship and noted that profanity would not be tolerated. During the championship game one of the players ripped off a loud oath, and it wasn’t the oath of allegiance to the flag. I immediately forfeited the game to the other team.

“No conference championship, no NCAA title, no bowl game is worth forfeiting the integrity, the goals, and the ideals of this institution. That would indeed be a hollow victory.” – Willard Hirschi

The nonoffending team played in the televised championship game in the all-Church tournament. I’m told the behavior was so inappropriate that if the game hadn’t been on TV, it would have been stopped. That was the end of all-Church tournaments. Over time it became apparent that these athletic programs provided physical activities but did little to foster Christlike behavior.Although the Church’s support of programs such as the all-Church tournament changes, the basic tenets and doctrines of the Church are unchanging. President Gordon B. Hinckley has noted that the Church’s primary concern is worshipping Jesus Christ and testifying of His reality (“Why We Do Some of the Things We Do,” Ensign, November 1999, pp. 52–53). Some of the enterprises and programs of the Church clearly change as the meshing of the sacred and secular are evaluated.President Hinckley said, “We shall continue to support BYU. . . . We shall keep these . . . flagships testifying to the great and earnest commitment of this Church to education, both ecclesiastical and secular, and while doing so prove to the world that excellent secular learning can be gained in an environment of religious faith” (“Why We Do,” p. 53).If we are to continue to merit the support of the board of trustees, it is our responsibility to hire coaches, field teams, and admit fans who are worthy of the title “flagship.” There cannot be a great chasm between theory and practice. It is essential that administrative officials and admissions officers, as well as coaches, athletes, students, and all supporters, not lose sight of the divine mission of BYU. No conference championship, no NCAA title, no bowl game is worth forfeiting the integrity, the goals, and the ideals of this institution. That would indeed be a hollow victory.Again I ask, “Does God care about BYU winning and losing?” The short answer is: I don’t know that the Lord cares about us winning or losing, but He does care about the manner in which we conduct ourselves while winning or losing. Unequivocally He cares how athletes on the field and fans in the stands treat and influence each other.I also believe there is another fundamental issue involved: Does the Lord care about BYU? Does the Lord care if BYU students live their Honor Code commitments? Does the Lord care if BYU alumni live and maintain the standards fostered at BYU? To me the answer is obvious.

First hired as a sprint and hurdles coach in 1964, WILLARD M. HIRSCHI became BYU’s head track coach in 1988. This article is adapted from a devotional address given May 16, 2000, shortly before his retirement.

319,000 Visit the Exhibit Emperors Were Dying to Get Into