Helping Companies Get It Right 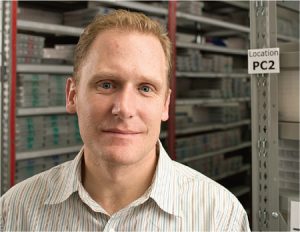 Craig Gygi helps everyone from experts to dummies understand the problem-solving principles of Six Sigma.

The term Six Sigma may not be as widespread a buzz phrase as strategic planning, client centric, or exit strategy, but BYU engineering graduate Craig K. Gygi (BS ’93) believes the concept is well on its way into the mainstream consciousness. One of the authors of Six Sigma for Dummies and an accompanying workbook, Gygi is dedicated to helping people understand and use Six Sigma.

Six Sigma is a problem-solving methodology for improving business and organizational performance, and top corporations—from Motorola to 3M—have used it to improve their products and profits. Rooted in mathematical and statistical approaches developed in the 1920s, Six Sigma helps businesses zero in on and resolve problems in processes that lead to defects in their products. In statistical terms, the goal of Six Sigma is to reduce the variation in processes so that there are fewer than 3.4 defects per million opportunities.

Gygi’s interest in Six Sigma began during his graduate studies at BYU and expanded when he worked for Motorola, where Six Sigma had originated. He saw how engineers and researchers applied Six Sigma principles to manufacture complex components—millions of them—and have almost no defects.

From Motorola Gygi went to Iomega. On his first day, he was taken to a 10,000-square-foot warehouse filled to his chin with zip drives that had failed the company’s production tests. Using Six Sigma principles, Gygi developed a process that would help the company resolve the problems plaguing its zip-drive production.

After seeing the power of Six Sigma to improve processes, Gygi wanted to make it more available. “The industry began teaching Six Sigma in pyramid style with a handful of people at the top who learned the program,” he says. “Consultants taught executives, engineers, and a few others the principles in four weeklong trainings that took four months.” Anticipating the potential interest in the method, Gygi wanted to create a training avenue for anyone who was interested. So he turned to Wiley Publishing, which agreed to publish a Dummies book on the topic.

He then started a software company that developed tools to help Six Sigma practitioners and merged it with one of the original Motorola purveyors of Six Sigma. From 1998 to 2005, Gygi was a principal Six Sigma consultant and trainer for such companies as Ford, DuPont, General Electric, and others.

Although he loved the work, Gygi opted for less travel and more family time. So the family tried something new and moved to Fiji while he wrote the Six Sigma workbook. They later relocated to Syracuse, Utah, where he continues his work as a consultant.

“Six Sigma has value for more than engineers,” he says. “I have seen its applications effective in business, manufacturing, health, banking, and more. I’m confident Six Sigma will become well known everywhere soon.”

A Skeleton of Steel

Throughout fall semester, the Gordon B. Hinckley Alumni and Visitors Center grew, beam by beam.

Need a quick therapy sesh to treat anxiety or depression? Grab your phone.