Good Things Come to Those Who Wait 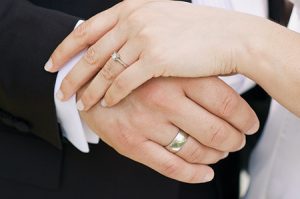 When it comes to relationship development, some say couples should experience sexuality early to check compatibility. Others argue they should wait until there’s a foundation of trust.

It turns out waiting wins.

In a study published in the American Psychological Association’s Journal of Family Psychology, three BYU scholars reported that couples who delay sexual intimacy enjoy a variety of benefits. Compared to those who had sex within the first month of dating, couples who waited until marriage reported 22 percent higher relationship stability, 20 percent higher relationship satisfaction, and 12 percent better communication. But even if couples don’t wait until marriage, the results showed more benefits the later sexuality was initiated. “Any waiting at all helps,” says BYU professor of family life Dean M. Busby (MS ’88), though “abstinence has the best outcomes.”

Such findings might be expected from BYU, but Busby and his colleagues—family life faculty Jason S. Carroll (BS ’96) and Brian J. Willoughby (BS ’04)—studied a diverse group of 2,035 married people across the nation who vary in religions, education levels, and relationship durations.

One benefit of waiting came as a surprise to Busby. Couples who waited even reported better sexual quality—rating 15 percent better than couples who began earlier. “We thought maybe people who were sexual earlier might have a little higher sexual satisfaction, but we didn’t find a single benefit,” Busby says. “When [sexuality begins] really early, it seems to have some negative long-term effects.”

Sociologist Mark Regnerus of the University of Texas, who was not involved with the study but is author of Premarital Sex in America, a book forthcoming from Oxford University Press, shared his take on the BYU findings. “Couples who hit the honeymoon too early—that is, prioritize sex promptly at the outset of a relationship—often find their relationships underdeveloped,” he says. “A good marriage—including the sex—is something that’s built.”

Despite their findings, Busby doubts much will change in mainstream U.S. behavior. “In the end, you have to have more than just a scientific reason to resist sexuality,” Busby says, adding that the study “can support faith” and broadens “the reasons for thinking carefully about sex.”

With divorce rates high, many are trying to nip marital problems in the bud—before the marriage even starts.

Dating Not Outdated at BYU