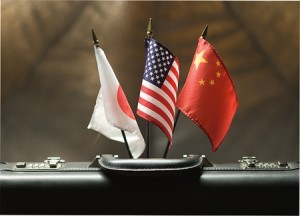 A senior administrator for a U.S. automobile maker who had worked overseas for many years thought his vast international experience would make transferring to Asia a “piece of cake.”

A few months later he confessed to his manager, Alan Tsoi (BS, MAcc ’90), that he had been wrong; Asia was a totally different experience, and the things he had learned about business in Europe and Latin America did not automatically apply.

Tsoi, an executive for Deloitte in Asia Pacific, addressed some of the ethical and business differences that may challenge Western thinking when he spoke to a BYU gathering in Hong Kong this summer. Tsoi was the keynote speaker for the first alumni Asian leadership conference, a joint meeting of the BYU Management Society and the alumni associations of BYU and BYU–Hawaii.

“Asia Pacific is one big, developing economy with much diversity in terms of value, culture, language, and laws,” he said in his speech. “Some people expect that the Asian cultures are similar because of their common features and geographic proximity.”

“Asia Pacific is one big, developing economy with much diversity,” –Alan Tsoi

For example, while westerners unfamiliar with Asian cultures sometimes expect the Japanese and Chinese to behave similarly, the two cultures have very different values and beliefs.

Tsoi used the Chinese term guanxi, which many people often consider a euphemism for corruption. He suggested that guanxi is not inherently unethical, even though some believe it involves bribery or under-the-table deals. Rather it is a system where business partners often develop deeper and closer relationships than they do in the West.

to each other,” he said. “Guanxi exists between families because of blood ties and between classmates or workmates because of a shared history—or between business acquaintances after building up a relationship through assisting one another. For us it means that we have

to operate in a friendly and personal (rather than professional) capacity and at the same time behave ethically.”

Regardless of cultural differences, Tsoi offered four ethical guides from the Josephine Institute of Ethics:

• Kid on your shoulder. Would you be comfortable if your children were watching you?

• Front page of the newspaper. Would you be comfortable if your reasoning and decisions were to be published?

• Rule of universality. If everyone did this, would it still be okay?

In addition to Tsoi, other business leaders presented at the conference. Lucy Li (MBA ’04), a talent manager for Motorola in Beijing, discussed the need for experienced managers who understand both corporate and local cultures and language. “It’s one thing to bring someone to Asia who can speak Chinese, but the real value from the corporate office occurs when they bring someone with a deep understanding of the culture,” she said.

The conference also gave alumni an opportunity to reflect on the value they gained from their time as BYU students.

“Our leaders walked away with a renewed sense of belonging to BYU and what it offers,” says Keith A. Lue (BS ’86), alumni outreach manager, who attended the conference.

Frank Li (PhD ’05), who works for General Motors, recalled the spiritual growth he experienced and the relationships he developed with faculty. “All these still have great impact for my life today,” he said.

Samily Kwok (BA ’07) of Hong Kong said, “My BYU education has given me a pattern for the rest of my life.”

BYU colleges, in just about every BYU discipline, are finding ways to connect with China.