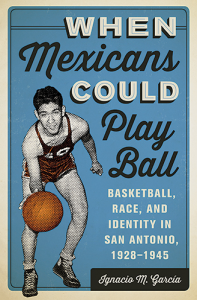 Invitation to China: In November BYU’s Contemporary Dance Theatre performed at Beijing’s National Center for the Performing Arts, a result of the growing relationship between BYU and Chinese art administrators.

The World Is Our Campus: With more than 160 programs in 49 countries, BYU was ranked no. 21 of the top 25 schools that send students abroad. Unlike the majority of schools in the 2013 Open Doors Report on International Educational Exchange, BYU runs its own study abroad programs rather than relying on outside programs.

First Mormon Lawyer: On Nov. 5 the Church History Department placed a new portrait of Oliver Cowdery in the Howard W. Hunter Law Library to commemorate Cowdery’s work as a lawyer. The portrait was painted by Ken Corbett from a daguerreotype photograph serendipitously discovered in the Library of Congress.

Diets and Diabetes: A study by physiology and developmental biology professor Benjamin T. Bikman (BS ’03, MS ’05) and his students may be the next breakthrough in weight loss and diabetes prevention. The study reports that inhibiting the accumulation of a fatty acid called ceramide in mice kept them from gaining weight and developing diabetes, despite their poor diet.

Time Will Tell: No need for a Pinocchio nose—the time it takes people to respond to text messages may be all you need to tell if they are lying. Information systems professors Thomas O. Meservy (BS ’01, MISM ’01) and Jeffrey L. Jenkins (BS ’09, MISM ’09) found that when people lie in digital messages, they often take longer to respond, make more edits, and write shorter responses.

Flying Colors: BYU nursing students weren’t fazed by the new National Council Licensure Examination. BYU maintained its 96 percent passing rate—16 percent higher than Utah’s average and 13 percent higher than the nation’s—on the first administration of the updated exam, which is reevaluated and changed every three years.

Friends of Faith: Teaming up with the Church Public Affairs Department, Religious Education and the Richard L. Evans Chair for Religious Understanding sponsored a new lecture series featuring prominent leaders of other faiths. In its first semester, the Lectures on Faith, Family, and Society included George O. Wood of the Assemblies of God and Richard D. Land of the Southern Evangelical Seminary.

A new method to address failures in turbo machinery? Find out what else is happening on campus.

The Essence of a People

Mormon culture, Relief Society, and the Book of Mormon.

Great things continue to come out of BYU research.