An Undisputed Gold medal for BYU 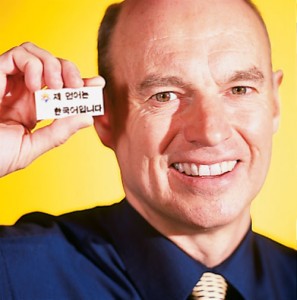 THE 2002 Olympic Games showcased not only Salt Lake City and Utah, but BYU as well. And according to William G. Eggington, professor of linguistics, all three performed exceptionally well, particularly in one area. At a press conference held during the games, Eggington declared the Salt Lake Games worthy of an “undisputed gold medal” for language services. Eggington, a socio-linguist who has been analyzing language services at the Olympics since the Atlanta Games six years ago, credits this success to the demographics of the state and the influence of the Church of Jesus Christ and BYU.In Utah, an estimated 30 percent of US-born men speak a foreign language, an astonishingly high percentage for an English-speaking community. Many of these speakers are former foreign-language missionaries for the Church. BYU has an even higher concentration of polyglots—almost 75 percent of its 30,000 students speak at least one foreign language.BYU‘s direct involvement in Olympic language services included creating an instructional CD for teaching Olympic volunteers basic French and establishing a 24-hour hotline that connected athletes and other foreign visitors to 300 BYU students who collectively spoke 49 languages. Additionally, one-fifth of all official interpreters and hosts for the 2002 Winter Games were associated with BYU.Even IOC President Jacques Rogge was impressed by Utah’s language savvy, noting that he was greeted in his mother tongue “at least 20 times” by Olympic volunteers who had learned Dutch while serving Church missions.

Growing Up with Charlie Brown and Snoopy

Peanuts characters pop up all over her home and, now that she’s back at BYU, in her assignments.

Thousands of BYU students take on internships each year, exploring career paths and expanding their horizons.