Adventures at the Museum

One student’s enthusiasm for the Museum of   Peoples and Cultures is netting volunteers and visitors. 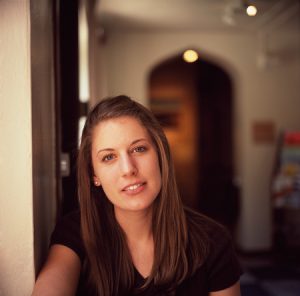 A large bookcase—filled with trinkets, original artwork, and, of course, books—features prominently in Tammy R. Messick’s (BA ’08) Provo apartment. Her favorite book on the shelf is From the Mixed-up Files of Mrs. Basil E. Frankweiler, which is about two kids who run away to a museum. It’s a story the recent anthropology grad can relate to. Though she hasn’t been sleeping on priceless antique beds like the characters in the novel, Messick has spent most of her free time over the last four years creating adventures of a different sort at BYU’s Museum of Peoples and Cultures (MPC).

Messick first volunteered at the museum as a freshman. MPC director Paul R. Stavast (BA ’02) subsequently recognized her natural ease with people, a gift that landed her a paid position as the museum’s education coordinator. In that role, she organizes and leads tours of the museum, which houses anthropological artifacts from all over the world. Messick recalls one tour in particular—a tour for a group of six blind middle schoolers.

“I was so excited,” she says, “because I love being innovative and trying to figure out how we can make this the best experience for them.”

Inside the historic redbrick Allen Hall, the museum’s home, Messick slowly guided the students through the Casas Grandes pottery exhibit “so that they could get a spatial sense of where they were.” She described the important pieces with painstaking detail and then arranged for these museumgoers to have the rare opportunity to handle a piece of pottery dating to A.D. 1200.

“The way that they appreciated the object”—exploring every contour with their fingers—“opened up my eyes to how I can expand my teaching as people come through—to those with disabilities and to those who can see just fine,” she says. “We all need to open our eyes a bit more.”

Messick and her MPC colleagues are finding creative ways open the campus community’s eyes to the museum’s treasures: she has helped create and run MPC date nights, block parties, family home evenings, and other events, all of which are staffed largely by a corps of volunteers she supervises. Messick works hard to create a good volunteer experience. “She really tries to find things that will be interesting and enriching to them as well as helpful to us,” says Messick’s supervisor, Kari Ross Nelson (BA ’92), the MPC curator of education.

“It’s not just about what the museum gets out of it,” says Messick. “It’s also about what we give.”

That commitment to reciprocity has paid dividends in MPC volunteer numbers. When Messick began as the education coordinator, the MPC had about nine regular volunteers. The next year, there were 51. For Messick, that increase has been gratifying, because volunteers are the lifeblood of the museum she loves.

“Every day at work I put my heart and my passion into what I do,” she says. “I feel I can give something to this museum to . . . help everybody understand how much there is here to see and learn and do.”

Messick’s work has indeed contributed to the MPC: the museum recently received a grant from donors Rex G. (’62) and Ruth Methvin Maughan (BA ’60) to develop an innovative educator services program that Messick helped envision. And according to Stavast, she has helped to significantly increase museum attendance.

Clearly, her enthusiasm is catching.

A Step Up for Stepfamilies