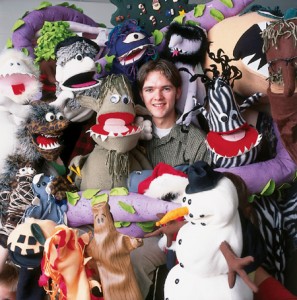 IT takes a degree of audacity to stage a play that’s 400 years old. It takes an even greater degree to stage a 400-year-old play in Spanish, near a campus library, outdoors, in April. But audacity is something Jason E. Yancey, ’02, appears to have been born with.“I really believe I can do anything,” says Yancey. “Why not?”Yancey’s production of La Dama Duende, translated as The Phantom Lady, was a surprise success. Performing 10 shows over two weeks on an outdoor stage the student troupe constructed themselves, they drew crowds that varied from 40 to 50 for matinee shows to more than 200 for evening performances.But the play was only the tip of the iceberg. Yancey, the play’s director and a double major in theatre arts and Spanish, had read extensively about a period known as the Spanish Golden Age, an era that spanned the mid-1500s to the late 1600s, roughly contemporary with the time of Shakespeare. “During that time in Spain, there were hundreds of playwrights writing plays,” explains Yancey. “They’re wonderful plays, but people just don’t know about them.”Yancey teamed up with Dale J. Pratt, ’90, associate professor of Spanish and Portuguese, to change that. Yancey and Pratt each received a grant from the Office of Research and Creative Arts (ORCA) to fund a class focusing on the Spanish Golden Age. Pooling their money together, they took all 25 students on a 10-day trip to El Paso, Texas, home of the world’s only Spanish Golden Age festival.The students also attended an academic conference that was held concurrently with the festival. The BYU students doubled the size of the conference. “Professors from around the world went back to their universities knowing that BYU is leading the pack in this area,” says Yancey.In addition to producing La Dama Duende, each student in the class was required to write an academic paper on some aspect of the Spanish Golden Age. “It made Spanish Golden Age scholars out of all of us,” says Yancey, speaking of the book they published after compiling the papers. “It was like writing a comprehensive guide to the period.”Yancey’s grandiose plans didn’t begin with La Dama Duende. He first gained notoriety around campus for another student production. To fulfill a class assignment, Yancey and a friend wrote a stage adaptation of the classic children’s book Where the Wild Things Are. The production involved dozens of handmade puppets that ranged in size from hand puppets to 11-foot monsters with moveable arms and mouths and eyes. His puppetry has since been used to entertain everyone from guests at the Museum of Art’s annual Christmas party to children at the state hospital.Aside from pointing out that Yancey was named this year’s Outstanding Technical Theater Student, Rodger D. Sorensen, ’72, associate professor of theatre and media arts, also stresses his drive to serve. “He specifically arranged for several grade schools to attend Where the Wild Things Are,” says Sorensen. “Jason reaches out with his talent; he serves others with his passion.”“I would do it for free,” admits Yancey. And he often does.Some of his most rewarding work, however, is found in his own home. His young son, London, sleeps in a crib shaped like a castle. The boy’s room is decorated with swords on the walls and a large throne, all handmade by his father. Yancey and his wife, Aleece Magleby Yancey, ’99, whom he acknowledges as his muse, are expecting their second child this summer.This fall, Yancey will enter BYU‘s graduate program in Spanish. While there, he hopes to direct two more Spanish Golden Age plays and establish an annual festival where theater companies from around the world can present works. Later, armed with a PhD, he plans to establish a university program for the study of Spanish theater, especially Golden Age theater. Sound ambitious? Yancey likes it that way.“I don’t see the purpose in doing something that everyone else has already done. Why not build 11-foot monsters? Why not build a stage outside the library and expect that people will come?”

What is the missing ingredient, the defective component in the cartilage?

Anyone who says “it can’t be done” probably hasn’t worked with J. Craig McIlroy (BA ’78).