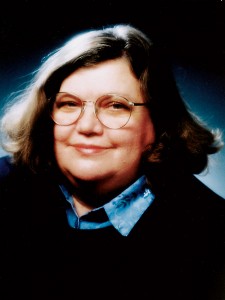 Professional writer Linda Shelley Whiting, ’70, was doing research in BYU’s Lee Library nearly a dozen years ago when, in her words, she had “a spiritual experience about early Mormon apostle David W. Patten.” As she pondered what had taken place between the stacks that day, she concluded that she was to write a biography on Patten.

The research took 10 years and the writing 18 months, and the result is David W. Patten, Apostle and Martyr, 200-plus pages with photographs, maps, and illustrations. She believes she may be the definitive expert on the beloved early Church leader who was known as a great missionary and healer—and who was the first latter-day apostle to lose his life for his faith. (He was mortally wounded in 1838 at the Battle of Crooked River in Missouri.)

Whiting’s interests center on history, and she accepted her first freelance historical feature shortly after her mission in Colorado and New Mexico in the early 1970s. She has published extensively since that time and also considers family history among her passions. She and her husband, J. Brent Whiting, ’71, are the parents of six children.

President Bateman addresses the faculty on using their spiritual gifts to edify BYU.