Watching Over the Web 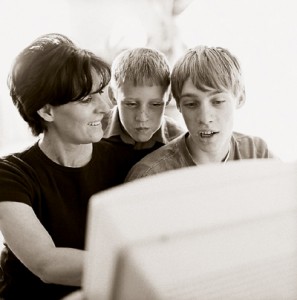 There is much parents can do to help their teens us their time online wisely and avoid Internet dangers. 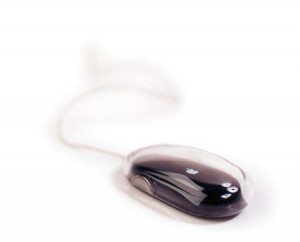 Parents make a positive difference in the fight against negative influences on the Internet.

Post Pictures of Christ and Temples by the Computer“Having a picture of Christ by the computer helps me remember how much the Savior loves me and wants me to make righteous choices,” said one young woman. Another claimed, “Having my favorite picture of Jesus right next to the computer reminds me that even if my parents aren’t watching, he is always watching.” One young man admitted, “I have been tempted many times to view filth on the Internet, but the spirit in my home is so strong. My mom has pictures of the prophets and temples and the Savior everywhere. Right on the computer she put a quotation from President David O. McKay about how sexual purity is a youth’s most precious possession. I have read it so often I know it by heart. How could I view filth and feel good about myself?”Talk About Internet UseThese teenagers claimed that nothing was more helpful than parents’ asking questions and speaking openly about Internet dangers. One young man responded, “The thing that helped me most is being able to talk with my parents. My dad told me how pornography can mess up my life and ruin my future marriage. He says pornography weakens the trust, love, and commitment that are essential for a healthy sexual relationship in marriage. Someday when I’m married I want my wife to be able to trust me.” Another said, “Even when I slip up, I can talk to my dad and know he won’t blow up. He doesn’t make me feel like slime. He just helps me try to be better.” Teens said they are grateful when parents “teach correct principles,” when they don’t just make a rule, but also “explain why it’s a rule.” A young woman said: “My parents talk to me about the pros and cons of the Internet. Discussing it takes away the curiosity and mystery, so I’m not as tempted to misuse it.”Seek CommitmentsTeenagers said it was helpful when parents approached them in private and asked point-blank questions about Internet use. Parents who asked for private promises about what would or would not be done on the Internet were appreciated. One young man explained, “My parents used to have a screening system, but it was really messing things up because it would block sites that shouldn’t have been blocked. It wouldn’t even let us look up Deseretbook.com, so we finally removed it. That’s when my parents told me that the best filter is the Holy Ghost. They put the responsibility on me and asked me to commit to staying clear of the bad stuff. That helped me a lot.” A young woman related, “My parents asked me to promise them I wouldn’t go into chat rooms. They trust me, and I don’t want to lose that trust.” A young man recounted, “When I left for college this past year, my parents asked me to promise them I would make smart decisions when I got to the dorms and had access to computers without safety programs. That promise has been the best safety program ever.”When I asked 1,500 Latter-day Saint teens what their parents were doing right to help them avoid the dangers of the Internet, their answers were clear and straightforward and showed that there is much parents are doing beyond simply installing protection software. Parents can make a positive difference in the never-ending fight against negative influences on the Internet.

Brad Wilcox is an associate professor of teacher education. He is also an author and a regular youth speaker at Especially for Youth and Education Week.

A Sister to the World

Cho Yoong Jin is an inspiration to the BYU community. Read her story.

How to Win @ Online Learning

Love it or loathe it, online learning is here to stay. See how BYU experts are navigating the new currents of edtech.

The BYU Alumni Association is offering new benefits to its alumni.