IN a political campaign marked by bribery and corruption, Romanna G. Remor, ’99, a student in BYU‘s MPA program, rose from relative obscurity to political authority—managing the whole time to keep her head above the fray. “In the beginning,” says Remor of the race for mayor in her hometown of Criciuma, Brazil, “the question for the whole city was ‘Who’s Romanna?'”Because of some good fortune, Remor was able to answer that question effectively. She was in Brazil on an internship when Donald L. Adolphson, ’81, professor of public administration and one of Remor’s mentors, came to Brazil. Under Remor’s guidance, he toured the nearby city of Curitiba and met with public officials to learn about their environment-friendly economic policies. 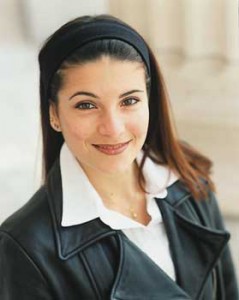 Just after the visit, Remor was asked to be her party’s candidate for mayor in Criciuma, a city of 200,000—a big risk, considering that she was just 25, a woman, and LDS. Fortunately, her visit to Curitiba had prepared her. “The timing was incredible because we had talked about the way Curitiba had developed,” says Adolphson. “They had a policy of taking care of people and the environment as top priorities.”Because she entered the race late and unknown, Remor met the media before she had fully developed her platform. “I started answering questions about policy based on what I had seen in Curitiba,” she says. “After a month, I sat down with my running mate, and we put all of that together and came up with our government program.”But Remor elevated the tone of the race far above the typical debates and televised infomercials that mark Brazilian politics. She ran her campaign on funds provided by her party, depended solely on volunteer workers, and refused to take money from any businesses. “Romanna is determined to do the right things for the right reasons,” says Adolphson. “She felt that as soon as she took money from businesses, she would be beholden to them rather than the people.”Devotion to the people helped her break another cycle common in Brazilian politics—bribing the poor in exchange for votes. The practice is illegal, says Remor, but so common that in poverty-stricken areas people approach candidates openly asking what they have brought as gifts. Her refusal to participate actually increased her visibility. “I would go around town in a pink VW bug with an opening on top, and I would talk through a microphone,” she says. “I would tell the people that some had died to have the right to vote, so they shouldn’t sell it for anything.” The unmistakable car became the symbol of her campaign.Remor didn’t win the October 2000 election, but she did affect its outcome. In a televised debate, she produced documents showing that the incumbent had mismanaged federal funds. Her evidence swayed public opinion. The then-second-place candidate won the election, and Remor came in a respectable third—one poll estimated that she received as much as 25 percent of the vote.When she began her campaign, Remor says, people were afraid of changing how politics was done. But in the end, “people started seeing the Church in a different way, and they started to believe that there was a better way of campaigning.”

With her own brand of bippity-boppity-boo, Holly Christensen is making kids battling cancer smile again.

A plant and wildlife sciences professor is saving native plants from fire and an invasive species by coating the seeds.