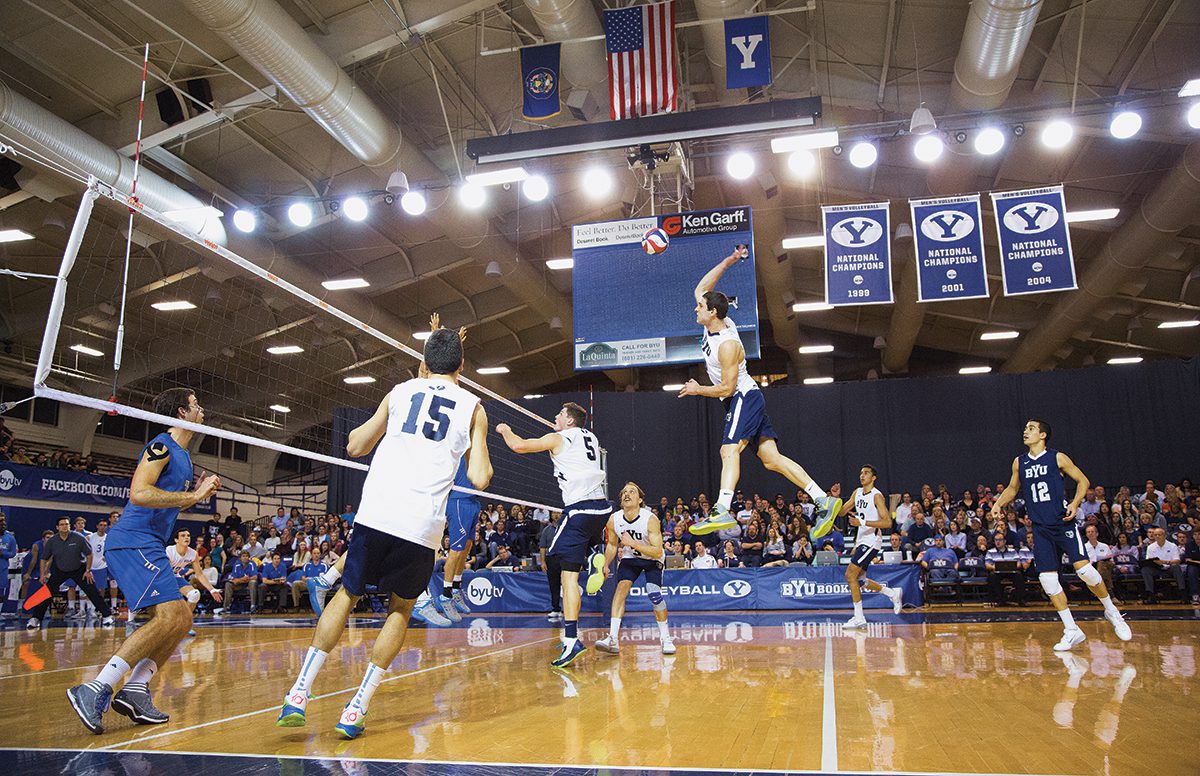 Outside hitter A. Josue Rivera (’14) aims for a kill against UCLA in one of BYU’s 22 wins of  their 26-game regular season. It was the most successful year the men’s volleyball team has seen in almost a decade—taking second against UC Irvine at the NCAA championships, winning the first Mountain Pacific Sports Federation (MPSF) championship since 2004, and grabbing a player-of-the-year award, two freshman-of-the-year honors, and three all-American accolades (see p. 12). “It was a remarkable run by these guys,” says Coach Christopher J. McGown (BS ’94). “I’m so proud of our team for . . . the way they represent BYU and the way they carried themselves all season.”

In only his second season as head coach, McGown was also honored as the MPSF and American Volleyball Coaches Association (AVCA) Coach of the Year—a BYU first since his father won both in 2001.