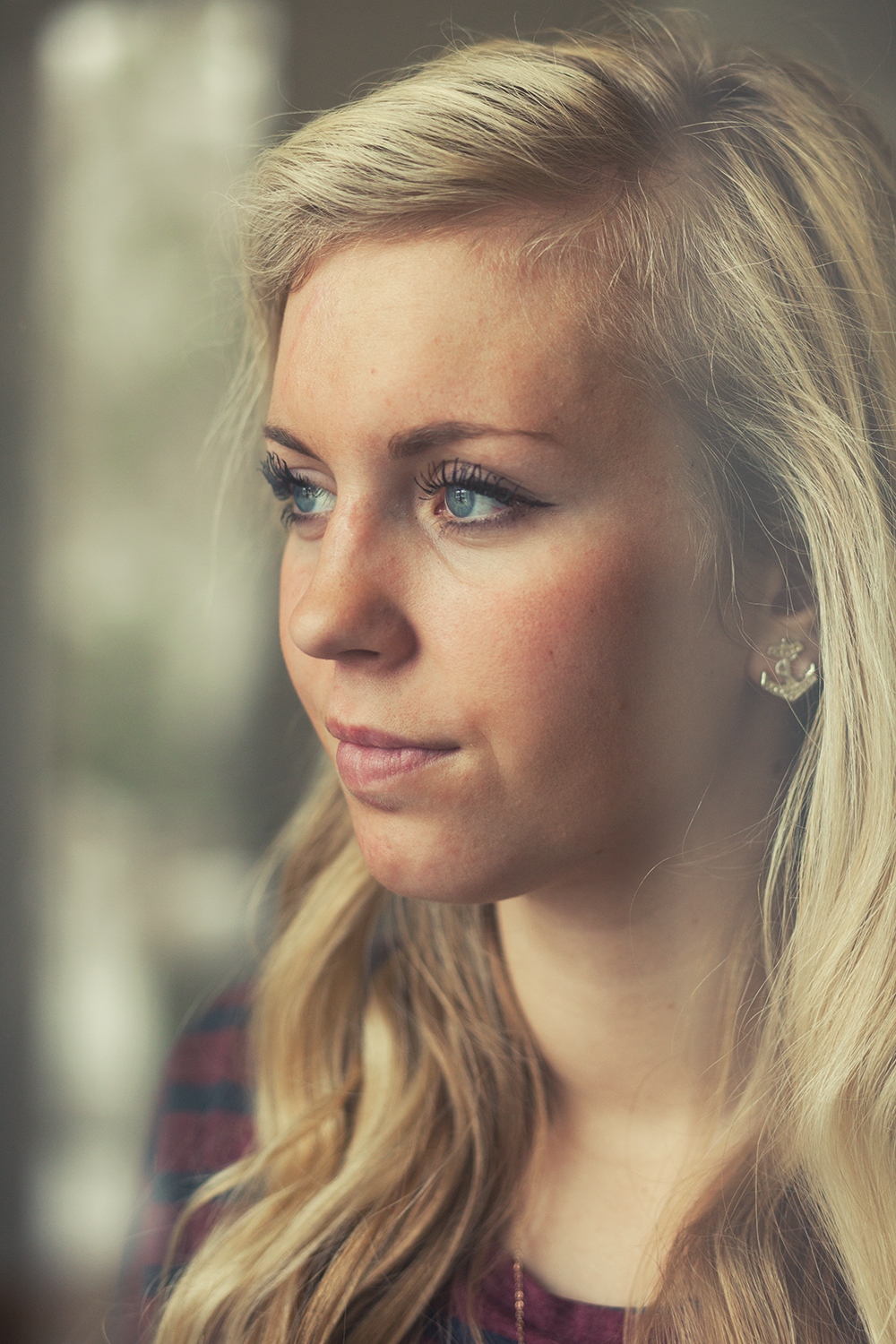 Lexi Hansen had long desired to serve a mission.
But after a nearly fatal accident, that goal became a driving force in her recovery. Photo by Bradley Slade.

Determined chin propped atop a blue-and-white neck brace, Lexi M. Hansen (’19) shuffled forward with deliberate steps, ticking off one more lap around her South Jordan, Utah, living room. Her mother, Marcia Madsen Hansen (’88), looked up from the kitchen. “What are you doing?”

“I’m supposed to be on my feet for 14 hours on my mission,” 18-year-old Lexi responded. “So I’m going to stay on my feet for 14 hours.” Still recovering from a longboarding accident that nearly ended her life, Lexi was already begging her mom to take her in, neck brace and all, for a medical evaluation—the next step in her missionary application.

“She was determined to go,” laughs Marcia. Every painstaking step around that living room was a miracle.

On Feb. 26, 2014, during Lexi’s second semester at BYU, she was hit by a car while longboarding to class without a helmet, putting her in a coma. Doctors gave her a less-than-1-percent chance of surviving, saying if she awoke, she would likely never walk or talk again.

Doctors didn’t even bother to sew up the gashes across Lexi’s face or move her from the emergency room to the ICU; they just told the Hansens to fly out-of-state family in immediately to say good-bye.

As hospital staff prepared Lexi for organ donation, the Hansen family knelt in the ER to plead for her life. In short order, the doctors saw signs of life. “Those prayers bumped her up enough that they decided to stitch her up and moved her that night up to the ICU.”

The Hansens weren’t alone on their knees. On the way to the hospital, Marcia had felt an impression to ask others to join in their prayers. “I called my kids and my bishop and told them to have everybody in their wards pray,” she says. “It spread like wildfire.” Soon people all over the country were praying, connected through a Facebook page that now has more than 30,000 followers.

After four days, as Lexi’s parents and eight siblings sang hymns around her bedside, she woke up from her coma. “She reached out to each of us,” remembers brother Tanner M. Hansen (’16). “She knew we were there; she recognized us.” Against all odds her memory and cognition had remained intact.

“I love my accident. Now my mind is always trained on God.” —Lexi Hansen

“Miracles don’t create faith,” says Lexi, who can’t remember the accident or much of her hospital stay. “You have to have faith before miracles; my family was so faithful from the very beginning.”

Waking up was only the beginning of Lexi’s recovery. After a long summer that included leg surgery, cognitive therapy, and relearning to walk, Hansen was back at BYU. She retook a few classes she had been forced to drop after the accident, including mission prep, and struggled with the wiring of her post-injury brain. Once-simple concepts took longer to process, and when retaking midterms she had aced before the accident, “I didn’t understand the questions,” says Lexi. “It just doesn’t make sense in my head.” She quickly smiles, adding, “It’s weird, but it’s not hard. I’m fine. It’s okay.” For Lexi, it’s enough to be able to walk to campus.

Once her high school’s top tennis player, she says tennis skills are “something I just lost from the accident. I will have to relearn it back.” Again, she smiles bravely: “It’s really not that bad.” Most of her athletic abilities are returning; she even started longboarding again, though always with a helmet.

More important to Lexi, though, was serving a full-time mission. When the still-neck-brace-clad Lexi of the summer finally convinced her mom to take her for a medical evaluation, the doctor looked from Lexi’s chart up to a girl who could barely walk and said that maybe she could serve an at-home mission in a few years. Lexi didn’t accept that.

When she returned to that doctor two months later, she drove herself and walked in confidently. The doctor, tears in his eyes, wrote “no restrictions” across her form and said, “You were saved for someone out there.” Six months post-accident, Lexi received her mission call to Iowa, and she began serving in January.

“I love my accident,” says Lexi. “Now my mind is always trained on God. He gave me a second life, so I’m going to live it for Him. I am so blessed to have a life. . . . It makes me an instrument in God’s hands to show forth to the world that He still has power.”

A Mission to Wales

Ronald Dennis was rummaging around in his family history more than 30 years ago when he discovered William Howells.

Faced with an ALS diagnosis, Chris and Lisa Clark gave themselves—and everyone else—permission to laugh at the disease.

The switch from missionary to BYU student has both awkward moments and triumphs.