The story of Academy Square has all the makings of an epic: a great lady in distress, heroic rescue attempts, disappointment, hope, redemption.It is the story of a dream that refused to die.Now the Academy Building is emerging from all the years of dark uncertainty as strong and splendid as it was when completed in 1892, its graceful towers drawing our eyes skyward and our hearts to the past.Among the luminaries echoing through its history are Philo T. Farnsworth, ’27; B. F. Larsen, ’12; John M. Hafen, ’08; Gerrit de Jong, ’25; and T. Earl, ’25, and Kathryn Pardoe, ’34. Karl G. Maeser envisioned its design based on a visit from the deceased Brigham Young. The prophet’s son Joseph Don Carlos Young was its architect. 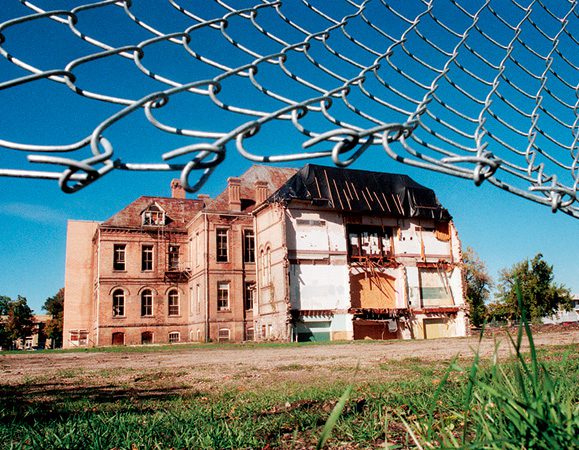 After nearly 20 years of decline, the Academy Building was revived by scores of citizens who refused to let the dream die.

Judy B. Garvin, ’63, is senior editor at BYU Publications and Graphics
.

Funds will be directed toward the three goals of the capital campaign.

The Great Divide: BYU and Seven Others Leave WAC

The group hopes ultimately to create a stronger conference, one that will be better for fans and schools.