By Paul Woodruff in the Winter 2006 Issue

In a time of isolation, reverence can draw society again into a circle of respect. 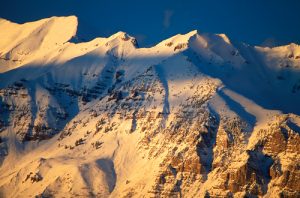 Reverence is fostered by a well-develped capacity for feeling awe at that which is awe inspiring.

I want to introduce an ancient myth, as modified by a wise man of antiquity. It’s the story of Prometheus, whose name means “forethought.” According to this story, Prometheus had a little brother named Epimetheus, which means “afterthought.” Epimetheus wasn’t very bright. The gods, however, gave him the task of distributing the means of survival to the different animals as they were born out of the earth. He gave speed and procreativity to rabbits. He gave shells to turtles, fangs and poison to snakes, claws and big teeth to lions. But when he came to the human beings, who were the last to emerge out of the mud, there was nothing left to give. So humans were left naked and unshod; they didn’t have hoofs, they didn’t have fangs, they weren’t very fast, and they weren’t very procreative. It looked as if they would die out. But luckily Prometheus, being quite a bit smarter than his brother, gave us what we needed to survive. He stole from heaven fire and technology.

But even that Promethean gift of fire and technology was not sufficient because human beings did not know how to form stable communities. They kept dividing, they kept fighting, they kept destroying and weakening each other so that wild beasts could make an end of them. Zeus, looking down on the chaos in the human scene and wanting to save the species, gave them one more gift—and this gift was a double-barreled gift—justice and reverence to be the foundation of community so that human beings would not perish from the earth.The first time I read this story, I didn’t get it. I understood why justice was important. We need things to be fair and bad people to be punished and good people to be rewarded. But reverence? It seemed like a really old-fashioned idea. I couldn’t see what that had to do with the survival of the human species. 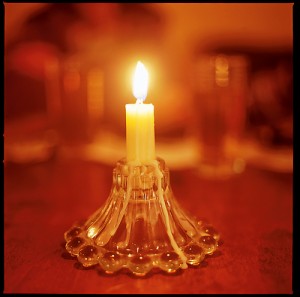 By kindling meaningful traditions and ceremonies, families and other groups can form circles of shared reverence.

Paul Woodruff is the Darrel K. Royal Professor in Ethics and American Society at the University of Texas and the author of the book Reverence: Renewing a Forgotten Virtue (Oxford, 2001). This article is adapted from his BYU forum address given Jan. 25, 2005.Access audio of Paul Woodruff’s entire address.

In a day of deception and distraction, we can find solid footing on the rock of revelation.