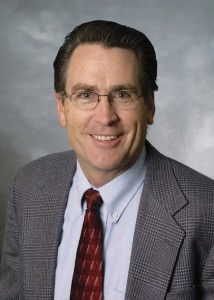 Tiny particles of pollutants emitted by automobiles, power plants, and factories significantly increase the risk of dying from cardiovascular disease in the United States, according to a study led by BYU economics professor and epidemiologist C. Arden Pope, ’78, and published in Circulation: Journal of the American Heart Association on Dec. 15, 2003.

The study identifies a strong link between particulate air pollution and ischemic heart disease (the type that causes heart attacks), and also a link between pollution and the combined category of irregular heart rhythms, heart failure, and cardiac arrest.

“Not only do we show a statistical link between particulate air pollution and these types of heart disease,” Pope says, “but we see specific patterns that may help explain how air pollution causes those diseases. The study discusses recent advancements in cardiovascular medicine that have explored the role of inflammation in the development and progression of atherosclerosis. The study results are consistent with recent findings that air pollution may provoke low-grade pulmonary inflammation, accelerate the progression of atherosclerosis, and alter cardiac function. These results add biological plausibility that air pollution really is a risk factor for heart disease.

“This study linked health statistics and levels of air pollution in scores of cities across the United States. The researchers used data from the American Cancer Society, which tracked 500,000 individuals between 1982 and 1998. Data on date and cause of death were collected as were data on body mass, smoking habits, occupational exposures, diet, and other individual risk factors.

The study also showed higher risks associated with air pollution for current and former smokers—94 percent and 26 percent, respectively. Pope notes that “smoking is clearly a much larger risk factor, but air pollution increases the risk of cardiovascular death in nonsmokers and seems to add additional risk to smokers.

“John J. Godleski, a professor of pathology at Harvard Medical School and a coauthor on the study says, “All of these findings illustrate the specific disease processes resulting from particulate air pollution and smoking both independently and together and help investigators understand both the local and systemic responses of the human body when various types of particles are inhaled into our lungs.

“Pope emphasizes that the study’s findings are “good news.” Since the early 1980s the annual U.S. average of fine particulate matter has dropped from 21 to 14 micrograms per cubic meter.

“The risk factor we have identified—fine particulate air pollution—is controllable,” he says. “If we can further reduce our exposure to this pollutant, we may reduce the number of deaths attributed to heart disease.”

A Flight to Remember

Head in the Clouds

Even after 2 tours in Iraq and 1,200 flight hours, Marine helicopter pilot Deborah Turley hasn’t had her fill of flying.