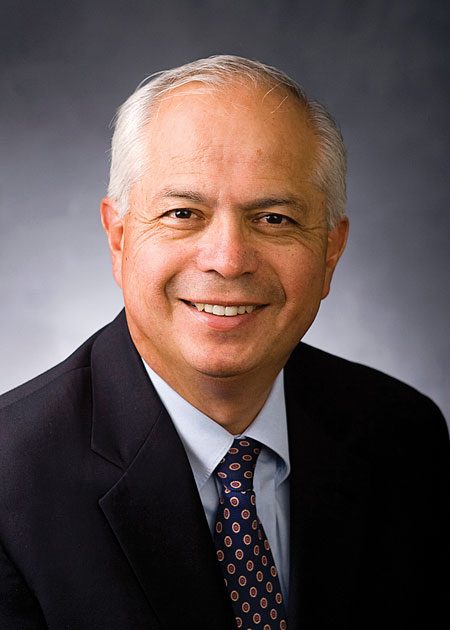 Nominated by President Barack Obama, BYU law professor Larry J. EchoHawk (BS ’70) was sworn into office May 22 as the Interior Department’s assistant secretary for Indian Affairs. “I know this is a difficult job, but I pledge to work tirelessly and faithfully in executing my responsibilities to truly make a difference in the lives of people in need,” EchoHawk said.

EchoHawk has always been proud of his membership in the Pawnee Nation. As a student at BYU, he paid close attention when President Spencer W. Kimball said Native Americans could become civic leaders. The words inspired EchoHawk, who felt a strong desire to become a lawyer.

Growing up in Farmington, N.M., none of the EchoHawk children had any notion of attending college. When EchoHawk was 14, LDS missionaries taught and baptized his entire family. With encouragement from a youth advisor, EchoHawk set goals, developed his talents, and led his high school football team as quarterback. He and his five siblings all attended college, despite the early misgivings. Four received graduate degrees. EchoHawk played football at BYU and attended classes on an athletic scholarship.

After receiving a law degree from the University of Utah, EchoHawk served as a tribal attorney, a county prosecutor, and a member of the Idaho State House of Representatives. In 1990 EchoHawk was elected Idaho Attorney General, becoming the first Native American to hold a statewide constitutional office. Since 1995 EchoHawk has taught at BYU’s J. Reuben Clark Law School.

Ask an Expert: How to Train for a Marathon

If you’ve considered training for a marathon, Coach Eyestone is behind you.

BYU and NASA are reaching deep into space with dust analyzers, rotorcrafts, and computer simulations.