SEVEN people will be honored during Homecoming 2002 with university awards for their extensive devotion and service.Distinguished Service Awards—extended to BYU alumni who have given outstanding service to their professions, community, nation, or church—will be presented to Francisco and Mercedes Gamboa Bonilla (’82 and ’75, respectively) and Timothy P. Stratford, ’78.Adam S. Dickson, ’89, and Byrdenne Johnson, ’51, will receive Service to Family Awards, an honor given to BYU alumni for outstanding service rendered in a home environment.Elder Alexander B. Morrison and Jesse E. Stay will be presented with Honorary Alumni Awards. This award acknowledges those who have not attended BYU but who have rendered significant service to the university. 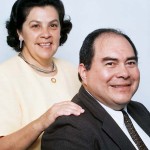 Every summer since 1995 the Bonillas have offered their home in Guatemala as the headquarters for a study-abroad program for BYU nursing students. With Frank’s support, Mercedes devotes each summer to preparing for and overseeing the students who stay in their home She not only hires and supervises cooks, housekeepers, and bus drivers, she also runs errands and acts as interpreter, goodwill ambassador, and counselor to faculty and students. While students at BYU, the Bonillas became aware of families wishing to adopt children. Working through family and friends in Costa Rica, they have made it possible for many children to be adopted from that country. 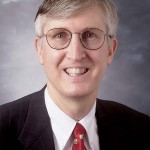 Stratford entered BYU as a Joseph Fielding Smith scholar and graduated summa cum laude in 1978. He later graduated from Harvard Law School and accepted employment in Beijing, China, with the legal firm of Graham and James. For five years he worked as the commercial attaché for the U.S. embassy. He served as president of the Taiwan Taichung Mission for the Church of Jesus Christ and, upon his release, was appointed managing partner for Coudert Brothers law firm. Since 1998 Stratford has been chief legal counsel for General Motors in China. Additionally, he is district president of the International District for the Church in China. 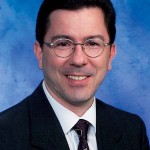 When Dickson, lead engineer for Boeing Commercial Airlines, learned that his wife, LaNae, had a highly invasive form of breast cancer, he focused entirely on LaNae and their eight children. While maintaining his employment and working their small farm, Dickson somehow managed to be there for every doctor’s appointment, every surgery, and every chemotherapy treatment. He has cooked meals, done the laundry, and rocked and held his children. His wife says his greatest service has been his love. “I’m not all the way back to normal yet,” she says. “Adam continues to be there for me and our children.” 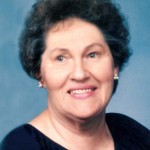 Johnson, of Orem, Utah, started accompanying tap dancing classes as a fifth grader. She later played with two dance bands in high school, traveled with the Student Program Bureau at BYU, and has used her musical talents in many church callings. She has been a temple organist, and she played the organ for the Missionary Training Center for more the 14 years. She also incorporated music into the lives of her 11 children, encouraging them to share their talents through recitals and caroling parties. Her son Scott says his mother has put the needs of her family and others ahead of her own. As an example, he recalls her rising early with him each Sunday to help with his newspaper route so he could attend to his church assignments on time. When living in California, Johnson was honored as Homemaker of Ventura County and as Honored Mother by the California Intermountain News. 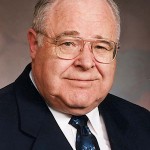 Elder Morrison became a member of the First Quorum of the Seventy of the Church of Jesus Christ April 4, 1987, and an emeritus member in October 2000. Prior to his calling as a General Authority, he was chair of the Food Science Department at the University of Guelph, Ont., Canada. The former assistant deputy minister of the Department of National Health and Welfare of the Government of Canada, he was honored in 1984 as the first recipient of the David M. Kennedy International Service Award and in 2001 as Administrator of the Year by the Romney Institute of Public Management, both at BYU. He earned his doctorate at Cornell University. 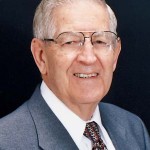 Stay, of Huntington Beach, Calif., spent 27 years as a pilot in the U.S. Air Force and retired as a colonel. He received degrees from UCLA and George Washington University. His BYU affiliations include being the first professor of air science at BYU, an assistant director at the Department of Motion Picture Productions, and director of media productions. He retired from BYU in 1984. Among his honors are the USAF Legion of Merit, two Distinguished Flying Crosses, eight Air Medals, the Air Force Commendation Medal, several awards for educational films, and the Silver Beaver from the Boy Scouts of America.

A Building to Honor a Prophet

The Gordon B. Hinckley Alumni and Visitors Center will welcome the world to BYU and be a home away from home for alum.

A Lofty Honor for Ainge