Teaching children to value other religions can enrich your family’s faith and friendships.

When philosophy professor James E. Faulconer (BA ’72) was a graduate student at Pennsylvania State University, one of his professors was a part-time rabbi. They studied the book of Genesis together for a semester, and one afternoon Faulconer realized that his professor knew a lot more about some aspects of the gospel than he did.

“I was a returned missionary and a convert to the Church, and I thought I knew a lot. I’m studying these scriptural passages with him, and I’m thinking, ‘Oh my goodness, I had no idea that this was here.’ It wasn’t that I learned something that was contrary to what I believe. It’s that I learned things I had never seen.” 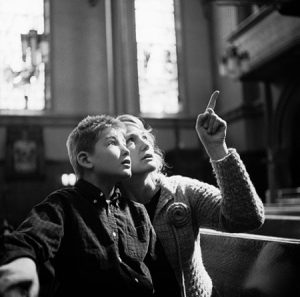 It worked the other way too. The professor was surprised by one of Faulconer’s insights and said, “Wait a second—I know that because this is something Jews teach each other and I’ve studied the Talmud. How do you know that?”

Faulconer responded simply, “Well, a prophet told me.” His professor found that response “a little unnerving,” but the conversation enriched them both. For Faulconer, the experience became a personal revelation about the treasures to be found in diverse faiths. “There is a tremendous amount out there available to us in terms of learning and understanding that we just don’t take advantage of,” he says.

That experience is serving Faulconer well in his current role as coholder of BYU’s Richard L. Evans Chair of Religious Understanding. He regularly invites scholars and leaders of various religions to speak at BYU, and he finds BYU students generally could be better prepared to discuss religions other than their own. He hopes Latter-day Saint parents will become more passionate about teaching their children from an early age to not only tolerate but value and respect other religious perspectives. As they do, he believes their children’s lives will be enriched and their faith will grow.

Faulconer says that the first and most important thing parents can do to teach the value of diverse religious traditions is to talk about them in a respectful and informed way. That doesn’t mean parents have to be experts in world religions. Rather, they can intentionally bring up the topic, entertain questions, and learn alongside their children. Inevitably children will come up with questions that parents can’t answer. Faulconer encourages parents to admit they don’t know and invite their children to find out more. He believes we should ask, “What is it that Buddhists or Sikhs or Catholics believe? What truth do they have that we can learn from?”

Parents might use events in the news as a springboard for learning about, for example, the Islamic holy month of fasting and spiritual reflection called Ramadan or the Catholic ritual called “anointing of the sick.”

While raising her seven children in many parts of the country, single mom Kathleen Wheeler Hoffer (’79), now living in San Antonio, Texas, has always encouraged them to engage with the faith traditions that they have encountered. “If they’re invited to go to services or an activity at another church, we go. At dinner, they’ll say, ‘That church is different from ours.’ And I’ll say, ‘Yes, well, how?’ The conversation just comes. You don’t have to fabricate it or manipulate it. It’s just part of the dinnertime conversation like everything else,” says Hoffer.

While many children of BYU alumni, like Hoffer’s, grow up around people of other religions, parents along the Wasatch Front might have to make more of an effort. “It has to be explicit that there are other religions. It’s not hard to grow up in Provo and be 12 or 14 years old and not really know. There’s this imagined something else, but they don’t know anything about it,” says Faulconer.

Faulconer uses a marriage analogy to explain how people of different faiths can enrich each others’ lives. When God tells Adam it’s not good that he’s alone, He says He will make a help meet for him. Faulconer points out that “help meet” is not one word but two. “It’s help that is meet for you—appropriate help. The root of those words is ‘helper opposite’—one who stands over against you. So it means, ‘I’m going to make someone different from you.’ If I married myself, that would not be very interesting. What’s the point? That difference is enriching. I think the same thing is true of our relationships with people outside the Church. The differences among us enrich our lives. I learn a lot more about life. My life is fuller.”

Expanding and deepening our friendships with people of diverse perspectives adds not just learning to our lives but also love, affection, fondness, and a feeling of connectedness to the world family.

Hoffer says her children engaging with friends of other religions has had unexpected, enriching benefits. One son’s understanding has helped him strengthen his marriage with his wife, a convert to the Church. Another son was able to a secure a good job because of his diverse cultural and religious knowledge.

One reason Latter-day Saints often give for learning about other religions is that it will make them better missionaries. Faulconer believes that reason has value but carries a hazard. “If we value people because we can convert them, that’s not valuing them or their tradition or belief.” If we don’t pay true attention to what they believe, we deprive ourselves of deepening our faith about things they might understand better than we do, he says.

“We’re often admonished to take all the truth we can from these other religions, but we rarely say, ‘Well, what truth do Catholics have or do Baptists have?’ So an evangelical Baptist talks about salvation by grace alone. Our first response is ‘No, no, no. You’re just wrong,’ rather than saying, ‘Presumably there’s something true about that.”

Parents are sometimes reluctant to teach their children to be open to conversations with people of other religions out of fear that their children won’t be prepared for questions that come back at them about their own beliefs. Faulconer’s rejoinder is that our fears show us where our weaknesses lie, and we should welcome that opportunity. “We ought to embrace that knowledge and deal with whatever weaknesses are exposed.”

Hoffer says her children’s approach—to make friends rather than win converts—removes the fear factor because no particular outcome is expected. “Their attitude is, ‘They’ll convert when the Spirit touches them.’ And they’ve actually influenced more people that way. And they’re able to be true friends—friends without an underlying motive.”

Faulconer’s lesson from his professor at Penn State resonates with him still. His faith grew because of that encounter with someone who was equally faithful in his own religion. Faulconer renewed that experience last summer as he hosted several groups of visiting religious dignitaries and took them to places such as Temple Square and Welfare Square in Salt Lake City. “Every time, I left feeling two things. First of all, I really like these people; I have friends here. And second, I feel that my faith is strengthened by these encounters.”

In his assignment with the Richard L. Evans Chair, Faulconer has heard with new ears the pleas from Church leaders to learn about, respect, and value diverse faiths. “They’re really emphatic that this is part of our mission—what we have to do—and it isn’t only for the purpose of gaining converts. It’s for our own and our children’s edification and enrichment.”

Five Ways to Teach Respect for Other Faiths

1. When traveling, visit historical sites of other religions and talk with your children about what they and you learn.

2. Accept invitations to attend special religious events of friends from other faith traditions, such as baptisms, funerals, marriages, and bar mitzvahs or bat mitzvahs; or talk about these events and what they mean to your friends.

3. Take your children to community interfaith services and celebrations.

4. Include books about world religions in your family library.

5. Encourage respect for religious diversity by using quotes from Church leaders. For example, in April 2000 President Gordon B. Hinckley said: “Let us as Latter-day Saints reach out to others not of our faith. Let us never act in a spirit of arrogance or with a holier-than-thou attitude. Rather, may we show love and respect and helpfulness toward them. We are greatly misunderstood, and I fear that much of it is of our own making. We can be more tolerant, more neighborly, more friendly, more of an example than we have been in the past. Let us teach our children to treat others with friendship, respect, love, and admiration. That will yield a far better result than will an attitude of egotism and arrogance.”

Sue Bergin is a hospice chaplain and a writer and editor living in Orem, Utah.