Even If All, Not I

By Sharon G. Samuelson in the Spring 2007 Issue

As members of a chosen generation, we must be different in the world of today. 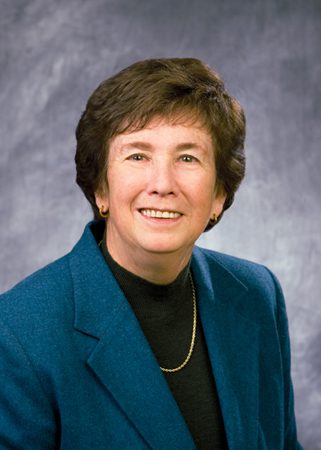 When President Samuelson and I recently had dinner with some lifelong friends, I noticed that above an archway in their home they had placed some Latin words: “Et si omnes ego non.”

I was told that the translation is, roughly: “Even if all, not I.” In other words, “Even if everybody does it, I will not.” Our friends proceeded to explain that the saying was the motto of the Barons von Boeselager, an old German noble family. Two descendants in the family, Philipp and Georg von Boeselager, were members of the resistance group that planned the failed assassination attempt on Adolph Hitler on July 20, 1944. Their involvement in the operation went undetected, and they were not executed with the majority of the conspirators. The saying is carved in a timber beam on the outside of Philipp’s family home in Germany.

Our friends explained that they used this quote as a family motto and that it was a reminder to them that they are members of a chosen generation and must be different in the world of today.

It is an exciting time to be alive, but it is also one that is fraught with danger both physically and spiritually. The adversary is very subtle and deceitful and will entice you in any way possible to get you to “follow the crowd” or succumb to the evil ways of the world.

From all types of media, we are shown and told that chastity before marriage and fidelity afterward is not the norm in dating and marriage today. However, the Lord tells us: “Be thou an example of the believers . . . in purity” (1 Tim. 4:12).

You are given many examples of how to dress and look. The pressure can be strong to be “in style.” However, we are taught by our Church leaders that “modesty in dress is a quality of mind and heart, born of respect for oneself, one’s fellowmen, and the Creator of us all. Modesty reflects an attitude of humility, decency, and propriety” (Priesthood Bulletin, September 1970, p. 2).

We live in a world where success seems largely measured by possessions and professional status. To many the manner of obtaining these often seems to be of no consequence. Qualities such as integrity, charity, honesty, and spirituality often are thought to be of less value than the means of obtaining outward signs of success.

There may be the pressure to have the largest house, the best car, expensive clothes, and so forth. However, we are counseled to stay out of debt by purchasing wisely and living within our means. Do not be unduly influenced by those around you to do otherwise.

My dear friends, in the world today our voices can be heard as we speak of and stand for our convictions of truth and righteousness. I love the example in the Book of Mormon of Captain Moroni, of whom it was said:

If all men had been, and were, and ever would be, like unto Moroni, behold, the very powers of hell would have been shaken forever; yea, the devil would never have power over the hearts of the children of men.[Alma 48:17]

Oh, that such could be written of us as we stand for and speak of our beliefs!

As I see you here today and around campus, my heart is filled with admiration for the wonderful lives you live and the examples you are to the world. I have a testimony that you can stand up to worldly influences that would draw you away from your beliefs and say, in mighty voices, “Even if all, not I.” Those who see and hear you can know of your testimonies of the Savior and our Father in Heaven.

Sharon Samuelson, wife of BYU president Cecil O. Samuelson, gave the devotional address from which this article is adapted on Sept. 12, 2006. The full text is available in various formats at speeches.byu.edu.

Around the World in Sixteen Pages

Travel tips and must-see destinations for seven locations all over the world.