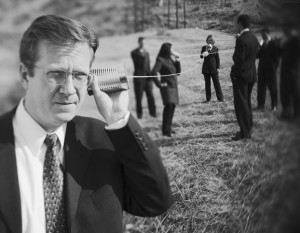 Curtis LeBaron observes and unravels the complexities of communication, which may facilitate or interfere with business objectives.

ORGANIZATIONAL LEADERSHIP AND STRATEGYA BYU business professor finds that business tension can often be diffused by improving communication behaviors.NEAL’S hand rises instinctively; he clearly has something to say about the agenda for the future meeting. One of several hospital directors around a conference room table, Neal leans forward, his body turned toward Bob at the head of the table. Bob, the CEO of the consortium of hospitals, looks at his papers and others in the room but avoids Neal’s gaze.When a committee member mentions the “joint commission,” Neal tries twice to enter the conversation but isn’t able to complete his sentence. Finally, he blurts out, “We have to say something strong about joint commission at this meeting.” But before he can finish speaking, Bob interrupts him and continues his prior conversation with another board member, as if Neal had not spoken.Neal swings back in his seat as if physically struck. He then adjusts his body uncomfortably in his seat and, visibly frustrated, turns his focus to his notes.“Nobody’s yelling or punching, but there is clearly tension,” says BYU business professor Curtis D. LeBaron, ’89, about the real-life drama playing out on one of three TV screens in his office. “This is how executives fight.”Darkening one side of LeBaron’s spartan office is a wall of VHS tapes, standing two- and three-deep and filled with similar conflicted business interactions. An assistant professor of organizational leadership and strategy, LeBaron records, studies, and writes about the complex interactions that facilitate or interfere with institutional objectives.As a business consultant, LeBaron uses tiny, unobtrusive cameras to capture interactions—from high-stakes debating around executive conference rooms of Fortune 500 companies like Frito-Lay and Dow Chemical to the critical exchanges that take place around an operating room table, where, he says, “life or death is literally on the line.” He has also watched police interrogations, architectural design meetings, doctor/patient interactions, university classroom discussions, and group therapy sessions. “My interest is in how people perform their roles within an institution and how they use the various tools and resources available to them to accomplish their ends.”In all these situations, LeBaron obtains permission to use the data in research and teaching. This arrangement has led to his writing a flurry of journal articles based on his varied findings, one of which—a paper on gendered communication—recently won the best-paper award for the Language and Social Interaction Division of the National Communication Association, an honor given just once every five years.“LeBaron is one of the most prominent and promising young scholars in the area of interpersonal communication,” says Stanley Jones, University of Colorado professor emeritus, who has coauthored several articles on verbal and nonverbal communication with LeBaron and coedited a special issue of the Journal of Communication with him. “He has pioneered technological developments for the study of videotapes and is on the cutting edge of research using frame-by-frame analysis of communication.”Watching LanguageLeBaron is a stickler for what he frequently refers to as the “rigors” of naturalistic research methods, a departure from typical social science methodology. “We don’t conduct experiments where we constrain environments in which people behave. Nor do we conduct surveys where we ask people what they think they experienced. We get away from the assumption that our research question is relevant for the participants themselves,” he says. “Instead, we study what people actually and naturally do in their day-to-day lives, and our research findings are based on careful observations of those interactions.”When videotaping a meeting, LeBaron turns the camera on before it begins and leaves it on long after it’s over. “I never know what I’m going to focus on,” he says of his research, for which he typically records months of interactions. “I’ve gotten some very nice things where people have returned after the meeting and given me a candid-camera look at something.”Entering consulting situations without a preconceived agenda for what he wants to find, LeBaron has come away with results scattered across the communications spectrum. Along with his study of people’s choices to make or not make gender relevant in a conversation, he has shown that communication is made up of a more complex interaction among nonverbal signals, words, and environment than many researchers have believed.“For many years,” says Jones, “verbal and nonverbal communication have been regarded as separate areas for study. LeBaron is one of a few persons bringing those two specialties together. This is the wave of the future in interpersonal communication research.”With rapt attention to gestures, glances, and voice pitches in the recorded interactions, LeBaron has isolated various behaviors available to communicators, such as “turn-requesting” behavior, where people in a conversation show their desire to speak by leaning toward the person speaking, making direct eye contact, and nodding rapidly. In contrast, he has found that “turn-suppressing” behavior involves the speaker’s holding a hand in the air and maintaining a higher voice pitch, says LeBaron. “Turn-relinquishing behavior involves the speaker finishing a sentence with a slow drawl, dropping his or her hand at the same time.” Another study looks at the interplay of words and gestures in effective conversation closures. 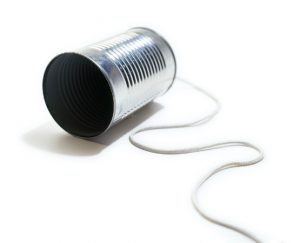 “People oftentimes operate under the assumption that there can be a separation between the task at hand and the relational work that gets done.” -Curtis Lebaron

For all their variety, these findings intertwine for LeBaron as he helps companies and individuals who struggle to communicate effectively. Ineffective communication, he has seen, leads to damaged relationships, and damaged relationships diminish the company’s ability to reach its goals.Reworking RelationsAfter viewing several tapes of the board meetings of a large Salt Lake organization and “swimming back upstream” to the point where the discussion clearly turned turbulent, the problem became clear to LeBaron. In each meeting, the CEO would lead a discussion on a company problem. “But at the end of the discussion he would hand down a decision that did not recognizably emerge from the democratic process that he’d led them through,” LeBaron recalls.“The way in which he was conducting that process was having negative consequences for the relationships within the organization. He thought he was being democratic. They saw him as being dictatorial.”After identifying problematic behaviors like this one, LeBaron interviews each participant and prepares a multimedia video presentation that minutely dissects the interactions and suggests more useful behaviors for company members.“They often recognize things,” LeBaron says. “That really brings it to life for them. They can see themselves behaving themselves into problems.“I never identify a problem as located within an individual,” he says. Gesturing to a poster on his wall of M. C. Escher’s Drawing Hands—a picture wherein one pencil-drawn hand is sketching a second hand that, in turn, is drawing the first—LeBaron notes that resolutions, just like conflicts, arise from interaction. “Problems are an interactive creation. All problems are brought about, experienced, recognized, and their solution is carried off through interaction.”Breaking the cycle, LeBaron insists, depends on one or, ideally, both parties choosing to alter their problematic behavior. He stresses that often it is necessary for a third party to show how the conflicts start and are maintained before rebuilding can begin.“In the workplace people oftentimes operate under the assumption that there can be a separation between the task at hand and the relational work that gets done,” LeBaron says. “When I see problems within organizations, what I find continually is that in the course of accomplishing workplace tasks, people simultaneously do relational work. People are disconfirmed, people’s roles are undermined, and relationships get damaged when people think all they are doing is the task at hand.“Relationships are formed and maintained moment to moment and day to day through visible and vocal ways of behaving.”

A Gem of a Display

Beautiful rocks make students consider a career as a geologist.

Apprentices in the Master’s Workshop

The Lord has called us to work with Him in producing His masterpieces—the people around us.

Are You a BYU Supporter?

In the heart of Ute country, an unexpected fan reps the Y every day.