A Gem of a Display 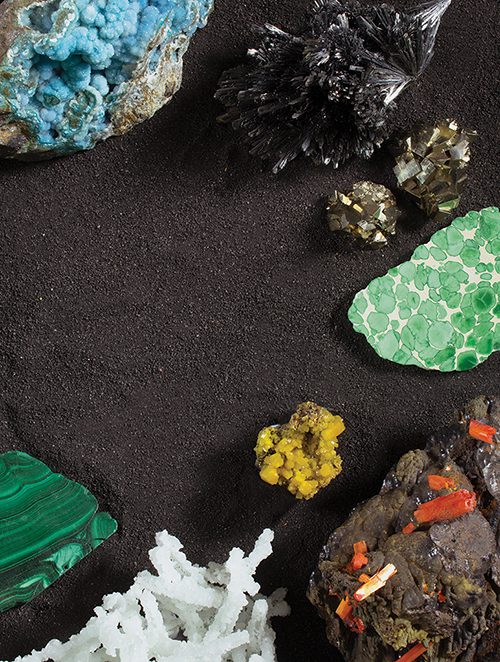 “Rocks . . . have their own kind of beauty,” says mineral collector Lorin Pugh, whose donation of 93 colorful minerals from all over the world now surrounds the two-ton quartz crystal long displayed in the Eyring Science Center.

One of the donor’s favorites is the red beryl, a mineral more valuable than diamonds that is found only three places on earth—two of which are in Utah. There’s also tourmaline in multiple colors and from various places, like Brazil and Afghanistan, and a sample of malachite shaped, says geology professor Bart J. Kowallis (BS ’77), like the Michelin Man.

Because the massive quartz couldn’t be moved, BYU alum Joel D. Hall (BFA ’88) designed and built a case around it. Two fixed iPads stand as guides to the new permanent display, telling the name, composition, and origin of each mineral.

“When [students] see something as beautiful as that, they might start wondering about careers studying earth materials,” says geology professor Barry R. Bickmore (BS ’94).

Representing the 12 tribes, various stones from BYU’s collections are featured in a mural at the Rome temple complex.

Between a Rock and a Hot Place

Two dozen BYU geology students are offered the learning experience of a lifetime as Etna, a volcano, erupts.