Sometimes acoustics assistant professor Kent L. Gee (BS ’01) dons earmuffs and seeks refuge hundreds of feet away from a blasting NASA rocket. Other times, he stands within BYU’s near-silent anechoic (think anti-echo) chamber, hearing the swish of blood pulsing through his head. Studying everything from buzzing computers to cracking .22 caliber starter pistols in his love of all things acoustic, Gee has blended chemistry, mechanical engineering, and even music with his own academic discipline. The diverse repertoire of research is due, Gee says, to students.

“One of the things I love the most about what I do is that I involve a lot of undergraduate students,” says Gee, whose students are some of the most prolific. While most universities do not have acoustics undergrads publishing at all, Gee’s students have published 11 peer-reviewed articles in the last three years. The research has been printed in some of the top journals in the field, like the American Journal of Physics. After Gee presented on BYU’s undergrad research at a recent conference, an attendee told Gee that he wished he could get that kind of productivity out of their graduate students.

Gee is always on the lookout for student projects. When he hears about research opportunities on Gatling guns or Balinese gamelan gongs, he thinks, “There is a great project that undergraduates can sink their teeth into and, basically, learn a lot of great physics along the way.” 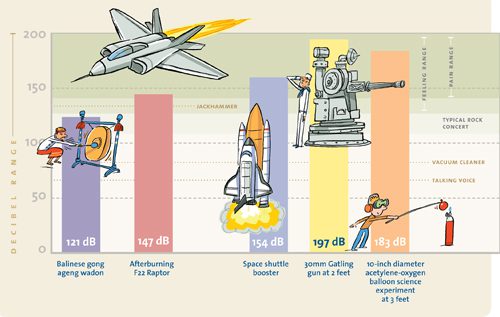 The research of acoustics assistant professor Kent L. Gee and his students spans the spectrum of sound. See the decibel (dB) levels of a sample of their projects and how the sound levels stack up to the vacuum cleaner – the point at which Gee gets out his earplugs.

Harvey Fletcher used his intellect to serve and discover.

This biology professor has conducted research in Antartica.

Professors are testing how native plants will resist cheatgrass, a fire-causing weed.