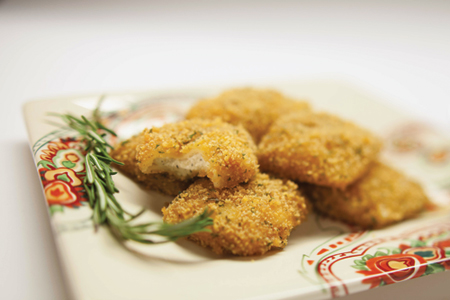 Hours in the food lab yielded this final recipe: cream cheese wrapped in a Swiss cheese shell then breaded and flash fried. It had the judges salivating. “I had to remove the product from the judging table because the judges wanted to keep eating it,” says competition chair Alan Reed.

With the $10,000 grand prize, the team is trying to commercialize the product. A local grocer will begin carrying Cheese Squared this spring, and the team is marketing the appetizer to restaurant chains.

A man in a Swedish museum took his role to heart and put himself to work and it's all captured by a BYU student.