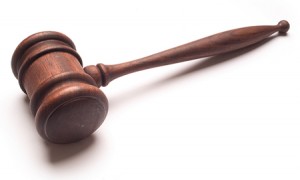 It’s a miracle Monte N. Stewart (BA ’73) was accepted as a clerk for the chief justice of the U.S. Supreme Court—or so it seemed at the time. Stewart still thinks so, even though his academic and professional achievements in the more than 30 years since then suggest otherwise.

The top student of the J. Reuben Clark Law School’s first graduating class, Stewart left BYU with great potential. He would become a U.S. attorney and direct the Rex E. Lee Advocacy Program at the Law School. He is now president of the Marriage Law Foundation, where he defends the constitutionality of marriage being defined as a relationship between a man and a woman. Few people remember that he was also BYU’s first Supreme Court law clerk. 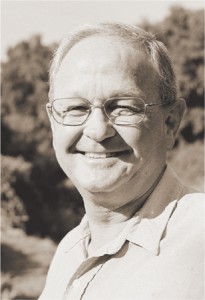 Monte Stewart’s clerkship with the Supreme Court was precursor to a distinguished career in law.

Stewart took a bold leap when he applied for the Court’s October 1977 term, encouraged by those who knew him well, including then–BYU president Dallin H. Oaks (BS ’54) and Law School dean Rex E. Lee (BA ’60).

“He was a very bright and active participant in class, and he became the first student editor in chief for our Law Review,” says James H. Backman, a BYU law professor who has been teaching for 34 years.

The J. Reuben Clark Law School had been open only four years when Stewart was hired by Chief Justice Warren E. Burger. Being accepted from a school with no previous experience at the Supreme Court was historically significant for both Stewart and BYU.

“It was the first time they had taken someone from a charter class to serve as Supreme Court clerk,” says Stewart. He acknowledges that he felt an extra responsibility to do well in his clerkship to help future graduates of the law school with similar aspirations. “Apparently I didn’t hurt the cause,” he says. Since Stewart, BYU has placed 12 law graduates in Supreme Court clerkships, inÂ­cluding one the very next year.

Getting a job with the Supreme Court is a distinguished accomplishment in the life of any law professional. “People who apply to the Supreme Court have achieved pretty much the same things,” Stewart says. “I guess it’s just a matter of the justices choosing someone they think will fit personality-wise.”

Stewart recalls how he felt when he first received his acceptance to the Supreme Court: “Truthfully, the acceptance was unexpected. I was both excited and dismayed, and I wondered about my ability to perform well.”

After the newness of the opportunity wore off, Stewart faced the reality and demands that came with the job. There was a heavy workload and the responsibility of preparing documents used by the justices in deciding important cases.

“The time pressures and the intensity of the work were tremendous,” he reflects. “There was a lot of pressure to get everything right. In the early months, I think each clerk wondered if he or she could handle the work. But through the course of the year, we did grow in our ability to handle the workload.”

Outside of his clerkship, Stewart and his family enjoyed Church associations. D. Todd Christofferson (BA ’69), now an Apostle, was the bishop of his ward, and Stewart, his wife, Anne Lillywhite Stewart (BS ’70), and their three young sons found themselves befriended by their fellow ward members. Several young couples in the ward were completing their graduate education, and others were involved in medical residencies or similar experiences.

Stewart’s most vivid memory from his time at the Supreme Court came in June 1978. “I was sitting at my typewriter when I received a call telling me of the great revelation on the priesthood. A moment later, a Jewish coclerk from Harvard walked by. I said, ‘The Church is now making the priesthood available to all worthy men, without regard to race.’ He said, ‘A wise decision.’ I said, ‘No, it was a revelation.’ He said, ‘Whichever, it’s still good.’ Probably because of my earlier service in the Brazil North Mission, that revelation moved me greatly then and still does.”

Stewart attributes his success at the Supreme Court to his education at BYU, saying he excelled because of superb teachers, such as Rex E. Lee and Carl S. Hawkins (BA ’51). “Particularly with respect to federal courts and constitutional law,” he says, “those great learning experiences were a wonderful help.”

Being authentic, loving, and humble is the most effective way to communicate—and live—the gospel.

Champion, Inside and Out

Running for BYU, Nachelle Stewart Mackie laid it all out on the track.