A Knack for Apps 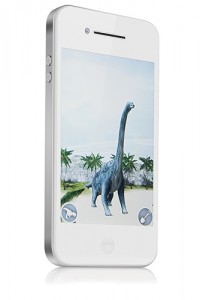 Troy D. Tegeder (BS ’05, MS ’07) of Vail, Ariz., makes a 25-foot commute—to his home office. He checks the statuses of the seven mobile apps he developed, reads user reviews and e-mails, and works on coding, scheduling, and testing.

He doesn’t mind the repeated testing, especially with his newest (and favorite) app, Solar Warfare. “Even after endless testing, I still enjoy playing it,” he says.

Tegeder started an app business because he wanted to improve apps for children. Dino Digger, his most successful app, ranked at the top of the Amazon Appstore for about two months, and AT&T featured his BalloonMaker app during Autism Awareness Month.

He built his business in two and a half years while working full-time as a systems engineer. After budgeting expenses and predicting the success of apps, he knew he needed a certain amount of savings to tide him over until his apps provided sufficient income to live on. “Once I reached that amount, I quit,” he says. “And I haven’t looked back.”

There’s an App for That

The BYU Mobile App’s useful and fun features include a self-guided tour to help students and visitors navigate champus.

An infographic shows how the mission-age change changed BYU. Now those missionaries are home.