A Documentary About a Doll 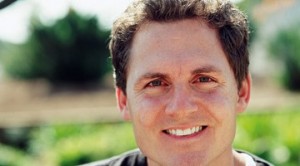 On the way back from the concert in London, I still wasn’t sure what we had,” says Greg B. Whiteley (BA ’95). He had just shot nearly 80 hours of footage, including a New York Dolls reunion concert in which his friend Arthur “Killer” Kane rode the bass; three days of rehearsals that preceded it; and on-camera interviews with a host of rock stars, Mick Jones, Morrissey, and Iggy Pop among them. “I thought we maybe had just an elaborate home video for Arthur.”
Fortunately, Whiteley figured out what he had in time to send a seven-minute version of the documentary to a film festival in London, where it won first prize. New York Doll later played in the 2005 Sundance Film Festival and then in theaters nationwide.
As the documentary relates, Kane, who played bass for the glam-rocking, cross-dressing Dolls, survived the band’s 1975 breakup, but not by much. When attempts at new bands and a shot at an acting career all dead-ended, Kane nearly drank himself to death, falling from his apartment window and landing himself in a hospital. While there, he read an ad in TV Guide offering a free copy of the Book of Mormon, which eventually led him to The Church of Jesus Christ of Latter-day Saints. Kane was working as a family history librarian at the Los Angeles Temple when Whiteley met him in the late ’90s.
“Arthur and I became friends, and we would talk about the possibility of turning his life into a movie,” says Whiteley. “Then, out of nowhere, he came to me and said that he’d read on the Internet that his band was reuniting in London.”
A few days later Whiteley got a call from Arthur. Could Whiteley give him a ride downtown? Ward members had loaned Arthur the money to get his bass out of the pawnshop so he could begin rehearsing for the reunion concert. “That was my first day of filming,” says Whiteley, who was working on another project at the time. “I thought, ‘I should just film this for Arthur; I should record this time in his life for him.’”
Once filming started, it wasn’t long before a documentary began to take shape, almost of its own volition. New York Doll, Whiteley’s first film, grossed upwards of $200,000 and won positive reviews from critics nationwide.
These days the young filmmaker is busy with a new project about a slightly less glamorous topic—high school debate.

Eye of the Cougar

Elijah Bryant nearly gave up. But trial transformed his game.

When a Computer Is Watching You, It’s Not Always Bad