As the team celebrated, Behrend remembers “faces, one after the other, of people saying congratulations and then handing [me] their card. And me looking at their card, going, ‘You gotta be kidding me!’”

With prize winnings and a bulging Rolodex, the team of three BYU students and a recent U of U grad were ready to take the next step in launching Kiband, a smartband that allows parents to use their smartphones to keep track of their children. 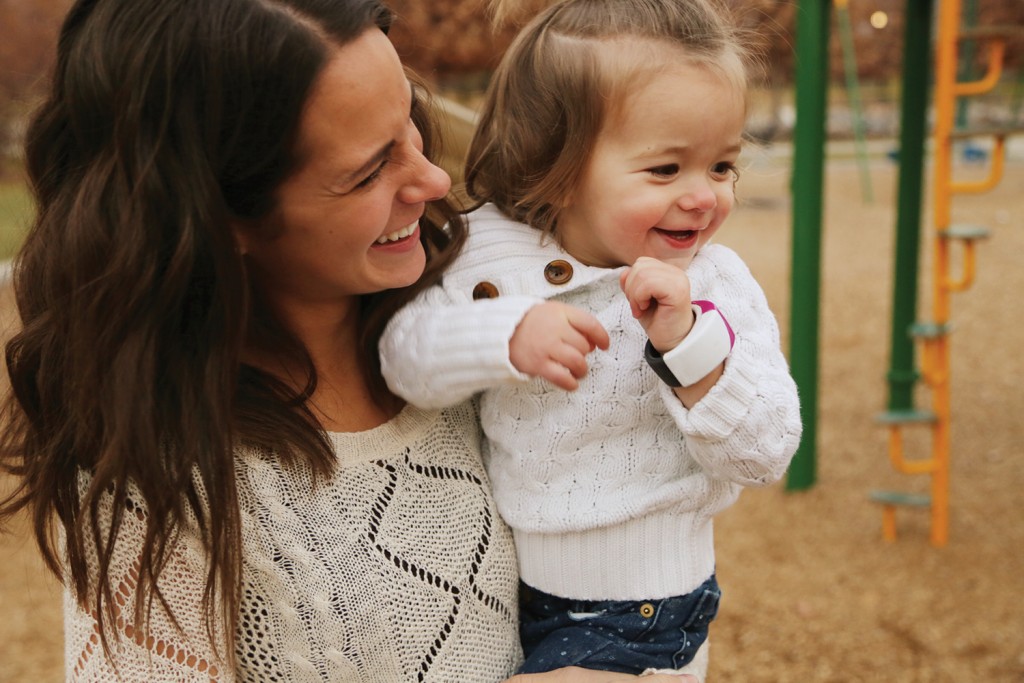 With business-plan-competition winnings and investor enthusiasm, a team of student entrepreneurs has created a smart bracelet to help keep little ones from wandering from their parents. The team hopes to be selling product by Christmas.

The idea came courtesy of Behrend’s son Kimball, aka “Boy-Boy” (“like two kids in one”). Momentarily losing track of 2-year-old Boy-Boy at a parade got Behrend’s heart racing—and it got his gears turning. “The cost in terms of energy of keeping track of young children in public, crowded places was really high,” he realized. Could he do something about it?

Many devices on the market use GPS to locate lost little ones, but through interviews Behrend and fellow students learned that parents wanted a solution to keep their kids from wandering in the first place.

They came up with a bracelet that will allow parents to set individualized perimeters for up to 10 children. When a child approaches the prescribed radius, both the band and phone vibrate. If the child goes beyond the boundary, an alarm sounds on the band, which can be removed only by the parent. An additional feature sends a notification any time the band is submerged in water.

Scott R. Petersen, managing director of BYU’s Rollins Center for Entrepreneurship and Technology, is currently working with more than a dozen student start-up ventures—from an app bringing business tools to underprivileged communities to smart heating vents to TurboTax-like software to help with immigration paperwork. He says that having a good product and business model gets Kiband just halfway there: “You have to have a credible management team and be able to  present what you’ve achieved so that people will understand your model and progress”—and so that investors will climb aboard.

And this, says Petersen, is where the team shines. “They’re very articulate and funny and self-deprecating and fact-based,” he says.

While the team acknowledged a certain shtick in their presentation style (Behrend says their big-Utah-family jokes “really killed it”), they say the key at the Rice competition was being teachable, as they incorporated investor- judge feedback into each successive round.

“They did a fantastic job with the Q&A,” says Ryan K. Sanders (BS ’03), a Texas-based investor and competition judge. “In almost every case they had prepared an answer and had already thought about the concern.”

Sanders says the judges based their scoring on one simple question: Would you invest? For KiLife Tech, a first-place finish and stack of business cards suggests that indeed they would.

As one judge told Behrend after the competition, “What you have now more than money is you have a whole lot of friends.”

Some are born at BYU to return years later when it's their time to earn the degree.

Last Lectures: Parents to Their Freshmen

Change your sheets, live up to your name. See the parting advice parents gave dropping off the freshmen of 2016.