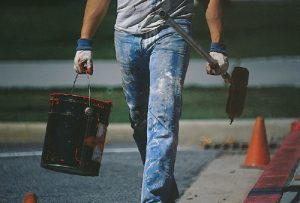 Through campus employment, BYU students have kept the university and their educational pursuits afloat. 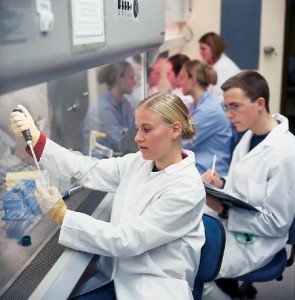 Not all student jobs were created equal, according to respondents to a BYU magazine online poll. Jobs as MTC instructor, teacher’s assistants, and lab assistants were most coveted.

During my senior year I was promoted, at 85 cents an hour, to supervisor of the circulation desk and reading room four nights a week; I also served alone at the first-floor reference desk on Saturday mornings. By and large, students were pretty well behaved. I occasionally walked around the reading room, just to show that someone was in charge. One night I had to come to the aid of student who had an epileptic seizure. Another night I kept the reading room closed after a student blessed the Grant with a beaker full of rotten-egg gas in the afternoon. Several months later I found the beaker while shelving. My 41-year library career began as a page in the Heber J. Grant Library. My love for my career must have influenced two of our children, Denise Parker Paxton, ’80, and Bret H. Parker, ’86, both of whom became librarians. Deferred Compensation Robert G. McKeen, ’86, Farmington, Utah Having worked my way through Ricks College, I had no intention of doing otherwise at BYU. Along the way, I experienced both ends of the student-job spectrum. My first job, cleaning the Wilkinson Center from 10 p.m. to 2 a.m., definitely fell on the endurance side of things. However, it wasn’t the job per se that was bad; I was a major league night owl who had cleaned countless toilets in high school. Instead, the problem involved a heavy academic load that began each morning with a 7 a.m. class and a professor who had a low tolerance for tardiness or fatigue. Before long, I realized that if I didn’t leave my job voluntarily, I would probably be terminated—not because of my work but because of my grades.Thanks to a former missionary companion who was serving as a zone coordinator at the MTC, I swapped cleaning supplies for white shirts and ties as an evening practice-and-review Portuguese teacher, a job that felt like heaven. Not only were the hours perfect, but the thrill of seeing the light go on in missionaries’ eyes when learning occurred was incredibly rewarding, to the point that I often felt guilty at being paid so well to do something I enjoyed so much. Furthermore, the fact that for two months I occasionally ran into a remarkably vivacious and good-looking “Hermana” bound for Peru, whom I had casually known since my time at Ricks College and whose presence seemed to motivate me to be better at everything I did, was a wonderful “fringe benefit.” That those random rendezvous, unbeknownst to me, were laying the foundation for an eternal encounter several years later in the Salt Lake Temple serves as a lasting reminder that, for all the compensation that came with teaching at the MTC, the best parts fell into the category of “deferred.”

Apprentices in the Master’s Workshop

The Lord has called us to work with Him in producing His masterpieces—the people around us.