“One of the Great Lights of the World” 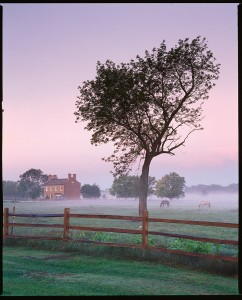 The gospel imperative to “seek learning, even by study and also by faith” (D&C 88:118) constitutes the single-most important revealed statement of the common good at BYU. It applies to both student and faculty alike. It was first revealed in a profound revelation to the Prophet Joseph called the Olive Leaf. Over the years the Olive Leaf, which guided the School of the Prophets, has become, as then President Dallin H. Oaks observed, “the basic constitution of Church education. It defines Brigham Young University’s role in the Kingdom.”1

This gospel mandate not only was revealed to Joseph but embodies his personal approach to learning. In this year of the bicentennial, I want to honor the Prophet as the spiritual architect of BYU, whose precepts and practice challenge us to become an even better learning community—one worthy of Joseph’s dream to found a Church university that would be “one of the great lights of the world.”2

In a very real sense, BYU extends the long shadow of the Prophet’s personal and prophetic commitment to seek learning by study and by faith. Joseph loved to learn. “No man of his time loved knowledge more than he,” wrote George Q. Cannon.3 He sought education for himself, his children, and his people. Through him the Lord established schools everywhere the early Saints congregated, including the School of the Prophets, the School for the Elders, the Kirtland High School, the Hebrew School, and the University of the City of Nauvoo—not to mention a host of small primary schools.4 In fact, the early Saints regarded school building as “one of the principal objects” to gather in compact communities: “Intelligence is the great object of our holy religion,” Joseph told them. “Intelligence is the result of education, and education can only be obtained by living in compact society; so compact, that schools of all kinds can be supported.”5

Joseph was not only a temple builder but a school builder. Indeed, these two enterprises were regularly conflated by the early Saints. Schools operated in temples. Temples functioned as schools. The “house of faith” was to be “a house of learning” and vice versa (see D&C 88:119). Church school buildings for the early Saints were to have a “double purpose, of a house of worship and an institution of learning.”6 I often think about this on Sundays at BYU as sacrament trays are laid out on lab tables, lecterns turn into pulpits, and classrooms become chapels. I also am struck by the fact that the Church has chosen to locate Church schools and temples in close proximity.

In June of 1831, barely a year after the Church was organized, Joseph received a revelation commissioning W. W. Phelps, who had not yet even joined the Church, to collaborate with Oliver Cowdery in selecting and writing books for Church schools:You [W. W. Phelps] shall be ordained to assist my servant Oliver Cowdery to do the work of printing, and of selecting and writing books for schools in this church, that little children also may receive instruction before me as is pleasing unto me. [D&C 55:4]Note that from the beginning it was revealed to Joseph that the Lord takes pleasure in education, books, and schools.

So did his Prophet. Joseph sought out teachers for his own children. My great-grandmother, a graduate of Amherst, served as such a teacher. I love Joseph’s sentiments in a tender letter from Liberty Jail to Emma encouraging her to educate their children: “Tell them Father loves them with a perfect love, and he is doing all he can to get away from the mob to come to them. Do teach them all you can, that they may have good minds.”7 Like many a parent who lacked formal education, Joseph had fond hopes that his children would receive the blessings of education of which he had been deprived.

He wanted the same for his people. Under Joseph’s inspired direction the Saints established schools in Ohio, Missouri, and Illinois—wherever they gathered. And these schools were not just for children but for adults, for the Saints understood lifelong learning by both study and faith to be a doctrine of the restored gospel.8 Joseph inspired the Saints “with an extravagant thirst after knowledge” according to John Corrill, an elder from Missouri visiting Kirtland.9 Well over a hundred early Saints attended Hebrew School in Kirtland.10 The scene was so impressive that even an anti-Mormon acknowledged thatthe Mormons appear to be very eager to acquire education. Men, women and children lately attended school, and they are now employing [a] Hebrew teacher . . . and about seventy men in middle life, from twenty to forty years of age, are most eagerly engaged in the study. They pursue their studies alone until twelve o’clock at night, and attend to nothing else. . . . They are by no means, as a class, men of weak minds.11In this effort to seek learning by study, Joseph himself led the way. I am frankly in awe of the Prophet’s assiduous efforts to pursue learning by study amidst all the persecutions and other demands on his time and energy. He studied many subjects but had a particular passion for languages. Entry after entry in his journal finds him studying Latin, Greek, German, and especially Hebrew. He was an avid participant in the Kirtland Hebrew School, which met in the west room of the third floor of the temple.12 On Feb. 17, 1836, Joseph exclaimed in his journal:My soul delights in reading the word of the Lord in the original, and I am determined to pursue the study of the languages, until I shall become master of them, if I am permitted to live long enough.13What remarkable determination to learn language by study—and this from a from a translator and seer! As Terryl L. Givens (BA ’81) recently observed, Joseph “consistently merged the gift of prophecy with the gritty work of language study.”14 To become “one of the great lights of the world” we cannot afford to be less committed to learning by study than was the Prophet.

The Prophet also knew that learning by faith requires personal worthiness. Those privileged to learn and teach in the School of the Prophets were required to be essentially temple worthy, setting a pattern that continues today in the Church Educational System: “And ye shall not receive any among you into this school save he is clean” (D&C 88:138). The Lord instructed those who would learn by faith to “draw near unto me and I will draw near unto you; seek me diligently. . . . And if your eye be single to my glory, your whole bodies shall be filled with light” (D&C 88:63, 67). Similarly, if BYU is to become “one of the great lights of the world,” we must be worthy and do our work with our eyes single to God so he can “unveil” his will to us “in his own time, and in his own way” (D&C 88:68). 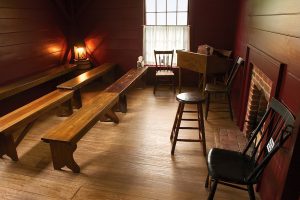 The Prophet taught that learning by study and faith applies to all realms of knowledge—sacred and secular. He learned early on that revelation requires the recipient to “study it out in your mind” (D&C 9:8), just as learning wisdom from the “best books” required the exercise of faith (D&C 88:118). We, by contrast, sometimes assume that secular subjects are to be learned exclusively by study while religious subjects are to be apprehended solely by revelation. The Prophet did not draw sharp distinctions between how we are to learn sacred and secular truth.

Further, the early elders were taught that the gospel embraced all truth. Brigham Young remarked:Were you to ask me how it was that I embraced “Mormonism,” I should answer, for the simple reason that it embraces all truth in heaven and on earth, in the earth, [and] under the earth. . . . There is no truth outside of it.15Likewise, the Lord revealed in the Olive Leaf that the Saints were to learn “of things both in heaven and in the earth, and under the earth; things which have been, things which are, things which must shortly come to pass” and so forth (D&C 88:79). Why? To “be prepared in all things” to go forth into the world (D&C 88:80). I never cease to be inspired by the breadth of the curriculum endorsed by the Lord. This has profoundly influenced my passionate individual commitment to general education. It has shaped our institutional commitment to general education at BYU as well.

The Prophet taught the early Saints to gather up knowledge and books and bring them to Zion. I am moved every time I visit the Seventies Hall in Nauvoo, which houses a library containing copies of some of the books collected and studied by early LDS missionaries so that they might “be prepared in all things.” The Prophet himself contributed 50 books to establish an early lending library. “In view of the losses the Prophet suffered during the Missouri persecutions,” wrote one historian, “one cannot help but marvel at the library he had gathered since then.”16 By the time of the exodus, the Seventies Library contained 675 volumes; this was “taken west to become the nucleus of the first library in Utah and reportedly the first one west of the Missouri River.”17

Having hauled heavy books from place to place during my days as a poor graduate student, I am moved by the thought that the pioneers lugged books across the plains, along with plows and bedding. In the words of one writer:Behind them they would leave the beautiful city. . . . But in their wagons, packed away with their essential tools and seed grain, were their beloved books, the tools and seed grain for the future schools and libraries of Utah.18Also packed away deep in their hearts was the Prophet’s vision of building a university that would become “one of the great lights of the world.” The Prophet had hoped that the University of the City of Nauvoo wouldenable us to teach our children wisdom, to instruct them in all the knowledge and learning, in the arts, sciences, and learned professions. We hope to make this institution one of the great lights of the world, by and through it to diffuse that kind of knowledge which will be of practicable utility, and for the public good, and also for private and individual happiness.19BYU’s institutional genealogy harks directly back to Nauvoo U. We are the inheritors of the Prophet’s dream to build a university that would become “one of the great lights of the world,” where knowledge is diligently pursued by rigorous study and profound faith. Let us resolve to honor the Prophet and his living successor by striving to become such a learning community.John S. Tanner is BYU’s academic vice president. This essay is condensed from an address given to faculty at the 2005 Annual University Conference on Aug. 23, 2005. The full text is available online at more.byu.edu/standbyjoseph.NOTES:

When the Going Got Tough