On Sacrifice and Success

On the scales of heaven, effort weighs more than increase.

In D&C 117 the Lord promised Oliver Granger “that his name shall be had in sacred remembrance from generation to generation, forever and ever” (verse 12). But why? Oliver Granger was a businessman in the early Church. He was called on a mission in July 1838, soon after the Church leaders had fled Kirtland for Missouri, leaving behind unsettled debts and much property, including the temple. In section 117 the Lord called Oliver Granger to return to Kirtland as “a merchant unto my name” (verse 14) to “contend earnestly for the redemption of the First Presidency of my Church”—adding, “And when he falls he shall rise again, for his sacrifice shall be more sacred unto me than his increase” (verse 13; emphasis added). There is a powerful gospel lesson here about the Lord’s bottom line—for his merchant and for us all.

We hear a lot these days about the bottom line, a useful if rather odious metaphor that calls to mind audits, balance sheets, tax forms, and other unpleasantness. But in celestial accounting—as the Lord tells Oliver Granger—heaven measures its merchant missionary not by “his increase” but “his sacrifice.” The Lord evidently cares more about Oliver’s effort than his results, more about his input than output, more about how much he gives than how much he gains. I believe that these divine priorities hold true for all of us and that understanding them is salutary because we are saturated by a culture of success that holds precisely opposite priorities. A success culture values achievement rather than effort. The root meaning of success is “result.”

Since Joseph Smith’s day, the pursuit of success has become virtually a secular religion. It’s common, in fact, to speak of the “gospel of success.” This suggests that success can play a quasi-religious role as an ultimate value. I’ve wondered if success, when pursued for itself and with religious zeal, might be one of the idols against which the Lord warned the modern world (see D&C 1:16). Like any idol, success tempts us to pay obeisance to it with the best part of our lives. And few are strong enough to stop their ears against its seductive siren song. 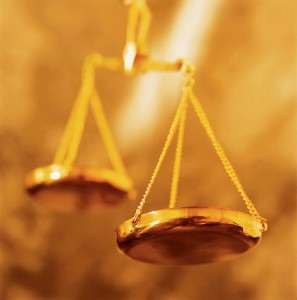 Sacrifice outweights increase on the scales of heaven. As the Lord told his “merchant missionary,’ Oliver Granger, it is our sacrifices, not our successes, that are sacred to Him. Photo by Bradley Slade.

Evidence that success defines a core value in our day is everywhere apparent. A Google search on success calls up 22.4 million hits. There’s “Dress for Success,” “Success.org,” “Secrets of Success,” and “Success Talk Channel.” This culture is not exclusively American or Western. Many entries are in Japanese or Chinese; many sites originate in the Third World.

This is not all bad. Surely a culture’s obsession with success is bound up with its dynamism and energy. Great ambition can spur great accomplishment. I’m not opposed to ambition, achievement, or success. Indeed, like most people, I enjoy prosperity and fame, probably more than I ought. And I certainly would prefer to succeed than to fail—though failure sometimes has been better for me than success. My concern lies not with success, per se, but with the lust for success. Hence, I’m not concerned simply or mainly about the desire for wealth but about the desperate need to win. An English major can be as prone to worship success as an entrepreneur. Sorry, humanities graduates; your poverty provides no passport to virtue. In fact, academic culture may be more likely to fetishize ambition and success than corporate culture. And there is great spiritual danger in this. For success turns into a demon whenever it becomes our god.

So while I hope you succeed in your righteous desires, I also hope you won’t measure yourself exclusively by your successes and failures. God’s words to Oliver Granger remind us that we are more than our résumés, GPAs, salaries, and scholarships. What endears us to heaven is our sincere sacrifice; our sincere efforts to love God and our neighbor are sacred. The Almighty does not require success, but he does require sacrifice.

This doctrine is simultaneously comforting and frightening: the Lord mercifully accepts our sacrifice when we lay our all on the altar, but nothing less than our all is acceptable. For him, the widow’s mite means more than the millionaire’s munificence precisely because she gave her all (Mark 12:44). Sacrifice outweighs increase on the scales of heaven—which are the only scales that ultimately matter.

So far as I know, no scripture specifies that we must be successful, in the modern sense, to inherit salvation. However, the scriptures repeatedly command us to sacrifice—to serve God with our heart, might, mind, and strength (see D&C 4:2). Our fundamental religious duty is to strive, not to succeed—recognizing that the outcome is in God’s hands. As T. S. Eliot says in the poem “East Coker,” “For us, there is only the trying. The rest is not our business.”

Consider Shadrach, Meshach, and Abed-nego: They knew God had the power to save them from the fiery furnace. They also knew the outcome was in his hands. Their concern was for righteousness, not its results. Hence, they defied King Nebuchadnezzar with bold indifference to the consequences: “If it be so, our God whom we serve is able to deliver us from the burning fiery furnace. . . . But if not, be it known unto thee, O king, that we will not serve thy gods, nor worship the golden image” (Dan. 3:17–18). Shadrach, Meshach, and Abed-nego were spared martyrdom. But they stand in the same position before God as Abinadi, who was not spared a fiery death. From an eternal perspective, the outcome is irrelevant. What is sacred is the readiness, not the result; the sacrifice, not the success.

Heaven bids us fight but not necessarily win. what is at stake is not the outcome of the war but our faithfulness in the battle.

This gives us a proper perspective on failure. When the Saints failed to establish Zion in Missouri, the Lord applied the Oliver Granger lesson to the entire Church. Said he to his persecuted people, “When I give a commandment to any of the sons of men to do a work unto my name, and those sons . . . go with all their might and with all they have to perform that work, and cease not their diligence,” if they are then hindered from succeeding, “it behooveth me to require that work no more . . . but to accept of their offerings” (D&C 124:49). If we fail, having tried with all our might, the Lord takes the intent for the deed because, in his economy, sacrifice is more sacred than success.

John Milton had to learn the Oliver Granger lesson as well. He records his divine tutorial in a poignant sonnet on his blindness. Having prepared all his life to write a great poem unto God, Milton was struck blind in mid career. It seemed his blindness would prevent him from succeeding in the very vocation to which he felt God had called him. Milton describes his struggle in “When I Consider How My Light Is Spent,” which works through these questions in terms of the parable of talents, which could be construed to imply that all that matters to heaven is profit and increase. If God is a taskmaster who expects a return on his investment of talent, Milton reasons, then surely he, Milton, must be an unprofitable servant, for the talent God gave him now lies “Lodg’d with me useless, though my Soul more bent / To serve therewith my Maker and present / My true account, lest he returning chide” (lines 4–6).

It is a fearful prospect to be held accountable by a divine taskmaster whose bottom line is increase. “Doth God exact day-labour, light denied?” cries the poet in despair (line 7). Then comes the Oliver Granger lesson:

Milton learns that our profitability to heaven consists in the ancient sacrifice of a willing heart. The Lord does not need “man’s work”; he needs our will.

Milton inscribed this hard-won lesson into his epic account of the War in Heaven. In Paradise Lost the good angels think that God needs them to win the war, that he needs their work. In fact, he needs them to fight. Or more correctly, they need to fight in order to prove themselves. They win some battles and lose some, as do we all. What ultimately matters is valor, not victory. Having fought valiantly, the good angels hear a voice from heaven accept their sacrifice and bid them now stand and wait:Stand still in bright array ye Saints,here standYe Angels arm’d, this day from Battelrest;Faithful hath been your Warfare, andof God Accepted. [book 6, lines 801–4]

So, too, heaven bids us fight but not necessarily win—at least not in the short term. The ultimate victory is sure; it is in the hands of the Lord of Hosts. What is at stake is not the outcome of the war but our faithfulness in battle.

Now a word of caution: You should not expect to find these Oliver Granger priorities operating in the world. The world will judge you mainly by outcomes, not by effort. Unlike God, humans possess no window to the soul. We are not privy to the obstacles each person must overcome nor to each person’s unique portion of talents. In this fallen world, therefore, you must be prepared to be measured by your success because outcomes are often all that can be measured.

But do not measure yourself by the world’s imperfect standard! Remember that he who looks not on the countenance but on the heart (1 Sam. 16:7) sees beyond your résumé. He sees your soul. He knows your sacrifices, and they are sacred to him.

This is the lesson of Oliver Granger. May we hold his name in sacred remembrance from generation to generation by remembering that, unto the Lord, sacrifice is more sacred than success.

John Tanner is chair of the BYU English Department. This article is adapted from his humanities convocation address given on April 25, 2003.

BYU sent a letter to property owners in May informing them of its intent to create university-approved student housing.

A team of BYU students and researchers are working to bring native wildlife back to the hills around Kennecott mine.